By Thecrusader (self media writer) | 1 year ago 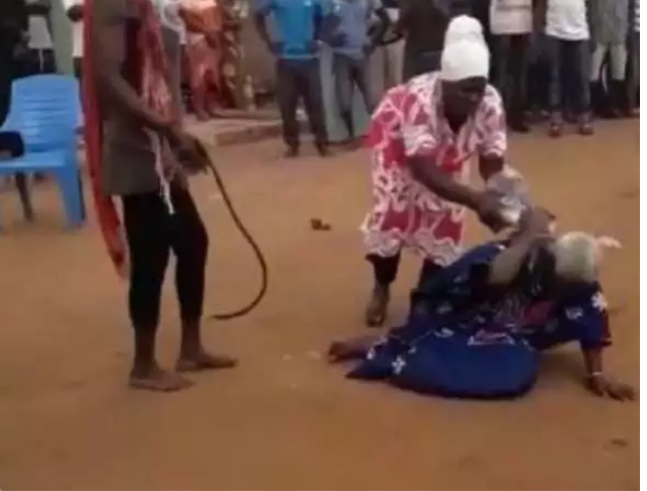 The issue of witchcraft seems to be far from over as another woman suspected of being a witch was nearly killed by residents in a Community near Busunu in the Savannah Region.

According to information, the woman whose name was only given as Ibrahim Maria was attacked at Sumpini near Busunu in the West Gonja Municipality in the Savannah Region and she is currently receiving treatment at the Hospital.

This is the second time barely in a Month such barbaric act is committed on innocent women.

In the Month of July, another woman, Madam Akua Denteh was killed for the same reason after she was accused of being a witch in Kpafaba in the same Savannah Region.

Two people suspected of being the masterminds behind her death are still standing trial for her death.

The two are said to be soothsayers in the Village who led the mob to attack the old woman which led to her death.

The issue of witchcraft is very common in the Northern part of Ghana and human rights advocates are calling for laws to be put in place to stop the practice.

The Ministry of Gender and social protection has indicated that, the Ministry intend to close the witch camps in the Northern Region.

Content created and supplied by: Thecrusader (via Opera News )