By Spanio (self meida writer) | 1 months

According to historians, the name Kwahu comes from its founding story, "The slave (akoa) died (wu)," which was based on an ancient prophecy that a slave would die so the nomadic Akan tribe would know where to dwell. This is similar to the etymology of the Ivory Coast's Ba-wu-le (Baoulé) Akans, whose Warrior Queen Awura Poku had to kill her baby in order to cross the Komoe river. 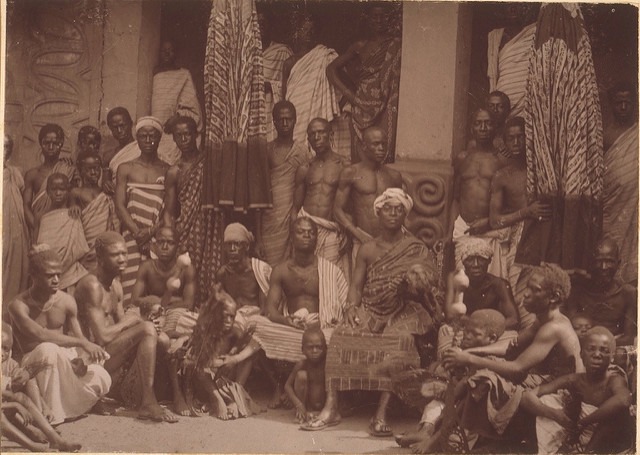 The Kwahu are an Akan people who live in Ghana's south. The establishment of the early Akan centralized nations can be traced back to the 13th century, Kwahu is a Ghanaian region and ethnic group that is part of the Twi-speaking Akan people. Because of its position as the country's highest livable elevation, the region has been called Asaase Aban, or the Natural Fortress. Kwahu is located on the west bank of Lake Volta in Ghana's Eastern Region. The Akyem and Akuapem, as well as the Akyem and Akuapem, share the region. When trade routes were developed to transport gold around the region.The magnificent Asante Kingdom did not form in Ghana's central forest region until the end of the 17th century, when numerous petty states banded together under the Chief of Kumasi in an attempt to gain political independence from the Denkyira.The British disbanded the Akan confederacy in 1900 and colonized the country in 1901. Akan peoples have a substantial political and economic presence despite the absence of a centralized Akan confederacy.Before their leaders seized upon the opportunities presented with the Bond of 1844 Kwahu was thus an integral part of the Ashanti Kingdom, attested by available maps of the period. Ashanti would wage punitive and protracted wars against fellow Akans including Denkyira, Akwamu, Akyem, Fanti, Assin but never fought Kwahu. Abetifi (Tena matriclan) is the head of the Adonten (vanguard). Obo (Aduana, Ada, Amoakade) is the head of the Nifa (Right Division) Aduamoa (Dwumena, Asona) is the head of the Benkum (Left Division). Pepease is the head of the Kyidom or rear-guard division. 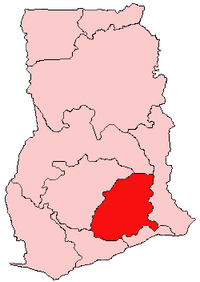 Moreover early Akan economics Kwawu had an Asante emissary, governor or ambassador at Atibie, next to Mpreaso of the Ekuona matriclan). To indicate its independence from Asante in 1888 the Kwawu assassinated the Asante emissary in Atibe, about the time of the arrival of the Basel missionaries from Switzerland. Fritz Ramseyer had been granted a few days of rest during a stop at Kwahu while en route to Kumasi with his captors. He recovered quickly from a bout of fever while in the mountains. Upon gaining his freedom later from the Asantehene, he sought permission to build a Christian Mission in Abetifi, thereby placing the town on the world map and opening the area to vocational and evangelical opportunities. Although it remains a small town, Abetifi still draws the reputation of a Center of Excellence in Education with various institutions from the ground up. A Bernese country house built by Ramseyer, typical of the Swiss "Oberland" is well-kept and remains a symbol of early Christian Missionary Zeal. Obo, traditionally pro-Ashanti, led the opposition to the Swiss. primarily around the trade of gold and enslaved peoples to Mande and Hausa traders within Africa and later to Europeans along the coast. This trade was dominated by the Asante who received firearms in their role as middlemen in the slave trade.These were used to increase their already dominant power.

The people local agriculture includes cocoa cultivation for export, while yams and taro serve as the main food staples. Along the coast, fishing is very important. The depleted forests provide little opportunity for hunting. Extensive markets are run primarily by women who hold considerable economic power, while men engage in fishing, hunting, and clearing land. Both sexes are involved in farming. 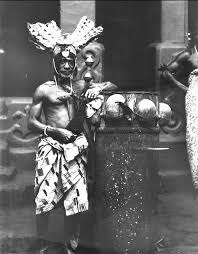 Moreover akan royal membership is decided by a tie to the land. Anyone descended from a village or town's founding member may be termed royal. Within its boundaries, each family is responsible for sustaining political and social order.There used to be a structure of leadership that stretched beyond the family, starting with the village headman, then a territorial chief, and finally the supreme chief of each division within the Asante confederacy.The Asanthene, who received his status through matrilineal lineages, has the highest level of influence. The Asantahene continues to play a significant role in Ghanaian society today, symbolically connecting the past with the present.

Further more The Akan believe in a supreme god who takes on many names depending on where he is worshipped. According to Akan folklore, the god once freely engaged with man, but after being repeatedly struck by the pestle of an elderly woman pounding fufu, he retreated up into the sky. There are no priests who directly serve him, and people believe they may come into contact with him.

There are also numerous abosom (gods) that are connected to the natural world and gain their strength from the supreme god. Ocean and river spirits, as well as numerous local deities, are among them. Priests serve as intermediaries between the gods and humanity, serving individual spirits.

Almost everyone takes part in daily prayer, which includes the pouring of libations as an offering to both the ancestors buried in the land and the spirits who roam the area. The earth is regarded as a feminine divinity associated with fertility and longevity.

Colleges Of Education, Their Affiliated Universities And Regions They Are Located

Things We Do For Love: Man breaks his Spinal cord when carrying his girlfriend at the beach