By Einstein09 (self media writer) | 5 months ago 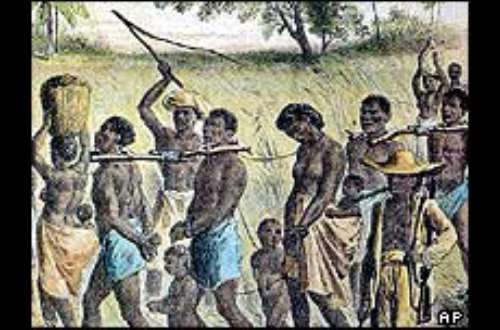 When the first Europeans arrived in the late 15th century, many inhabitants of the Gold Coast area were striving to consolidate their newly acquired territories and to settle into a secure and permanent environment. Initially, the Gold Coast did not participate in the export slave trade, rather as Ivor Wilks, a leading historian of Ghana, noted, the Akan purchased slaves from Portuguese traders operating from other parts of Africa, including the Congo and Benin in order to augment the labour needed for the state formation that was characteristic of this period.

The Portuguese were the first Europeans to arrive. By 1471, they had reached the area that was to become known as the Gold Coast.[8] The Gold Coast was so-named because it was an important source of gold.[8] The Portuguese interest in trading for gold, ivory, and pepper so increased that in 1482 the Portuguese built their first permanent trading post on the western coast of present-day Ghana. This fortress, atrade castle called São Jorge da Mina (later called Elmina Castle), was constructed to protect Portuguese trade from European competitors, and after frequent rebuildings and modifications, still stands.

The Portuguese position on the Gold Coast remained secure for over a century. During that time, Lisbon sought to monopolize all trade in the region in royal hands, though appointed officials at São Jorge, and used force to prevent English, French, and Flemish efforts to trade on the coast. By 1598, the Dutch began trading on the Gold Coast.[9] The Dutch built forts at Komenda and Kormantsi by 1612. In 1637 they captured Elmina Castle from the Portuguese and Axim in 1642 (Fort St Anthony). Other European traders joined in by the mid-17th century, largely English, Danes, and Swedes. The coastline was dotted by more than 30 forts and castles built by Dutch, British, and Danish merchants primarily to protect their interests from other Europeans and pirates. The Gold Coast became the highest concentration of European military architecture outside of Europe. Sometimes they were also drawn into conflicts with local inhabitants as Europeans developed commercial alliances with local political authorities. These alliances, often complicated, involved both Europeans attempting to enlist or persuade their closest allies to attack rival European ports and their African allies, or conversely, various African powers seeking to recruit Europeans as mercenaries in their inter-state wars, or as diplomats to resolve conflicts.

Forts were built, abandoned, attacked, captured, sold, and exchanged, and many sites were selected at one time or another for fortified positions by contending European nations. 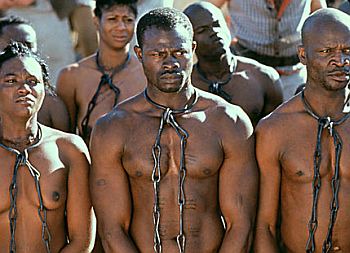 The Dutch West India Company operated throughout most of the 18th century. The British African Company of Merchants, founded in 1750, was the successor to several earlier organizations of this type. These enterprises built and manned new installations as the companies pursued their trading activities and defended their respective jurisdictions with varying degrees of government backing. There were short-lived ventures by the Swedes and the Prussians. The Danes remained until 1850, when they withdrew from the Gold Coast. The British gained possession of all Dutch coastal forts by the last quarter of the 19th century, thus making them the dominant European power on the Gold Coast.[7]

In the late 17th century, social changes within the polities of the Gold Coast led to transformations in warfare, and to the shift from being a gold exporting and slave importing economy to being a minor local slave exporting economy. To be sure, slavery and slave trading were already firmly entrenched in many African societies before their contact with Europe. In most situations, men as well as women captured in local warfare became slaves. In general, however, slaves in African communities were often treated as members of the society with specific rights, and many were ultimately absorbed into their masters' families as full members. Given traditional methods of agricultural production in Africa, slavery in Africa was quite different from that which existed in the commercial plantation environments of the New World.

Some scholars have challenged the premise that rulers on the Gold Coast engaged in wars of expansion for the sole purpose of acquiring slaves for the export market. For example, the Ashanti waged war mainly to pacify territories that in were under Ashanti control, to exact tribute payments from subordinate kingdoms, and to secure access to trade routes—particularly those that connected the interior with the coast. 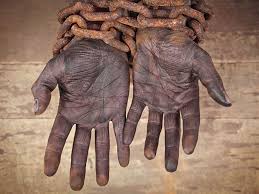 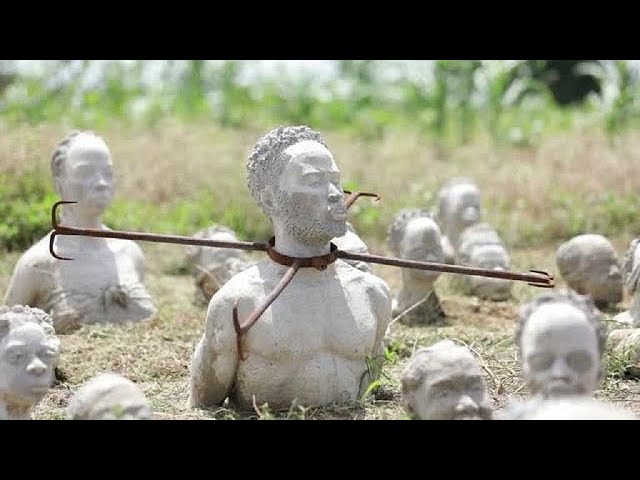 It is important to mention, however, that the supply of slaves to the Gold Coast was entirely in African hands. Most rulers, such as the kings of various Akan states engaged in the slave trade, as well as individual local merchants. A good number of the Slaves were also brought from various countries in the region and sold to middle men.

The demographic impact of the slave trade on West Africa was probably substantially greater than the number actually enslaved because a significant number of Africans perished during wars and bandit attacks or while in captivity awaiting transshipment. All nations with an interest in West Africa participated in the slave trade. Relations between the Europeans and the local populations were often strained, and distrust led to frequent clashes. Disease caused high losses among the Europeans engaged in the slave trade, but the profits realized from the trade continued to attract them.

The growth of anti-slavery sentiment among Europeans made slow progress against vested African and European interests that were reaping profits from the traffic. Although individual clergymen condemned the slave trade as early as the 17th century, major Christian denominations did little to further early efforts at abolition. The Quakers, however, publicly declared themselves against slavery as early as 1727. Later in the century, the Danes stopped trading in slaves; Sweden and the Netherlands soon followed.

In 1807, Britain used its naval power and its diplomatic muscle to outlaw trade in slaves by its citizens and to begin a campaign to stop the international trade in slaves.[11] The importation of slaves into the United States was outlawed in 1808. These efforts, however, were not successful until the 1860s because of the continued demand for plantation labour in the New World.

Because it took decades to end the trade in slaves, some historians doubt that the humanitarian impulse inspired the abolitionist movement. According to historian Eric Williams, for example, Europe abolished the trans-Atlantic slave trade only because its profitability was undermined by the Industrial Revolution. Williams argued that mass unemployment caused by the new industrial machinery, the need for new raw materials, and European competition for markets for finished goods are the real factors that brought an end to the trade in human cargo and the beginning of competition for colonial territories in Africa. Other scholars, however, disagree with Williams, arguing that humanitarian concerns as well as social and economic factors were instrumental in ending the African slave trade.

Content created and supplied by: Einstein09 (via Opera News )