Cultural change in Africa and the problems of adjustment

It is pertinent to examine some of the changes in culture and the problems of adjustment. Within this context, "change" means a significant alteration or marked departure from that which existed before. Invention, discovery and diffusion are some of the ways by which a culture can change or grow. Invention, for instance, involves the recombination of existing cultural elements to fashion new things. Ogbum (1922: 200), on this view, maintains that "the rate of invention within a society is a function of the size of the existing culture base". 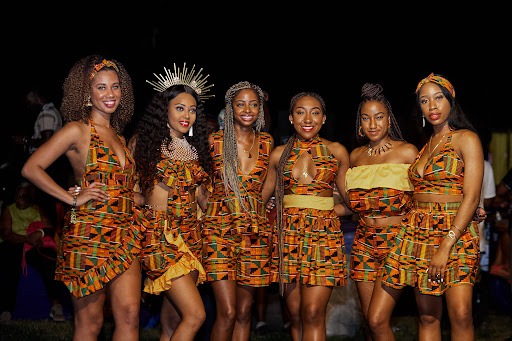 The culture base or the cultural elements, objects, traits and knowledge available in all sections of the pre-1600 African society were limited in types and variation. Thus, few inventions which could profoundly alter the culture could take place. Most appliances and utensils used then were made of wood, as metal was not a commonly known cultural element of the people. For example, a canoe was the only available means of transportation then. It was wooden in all aspects until recently modified with motorised propeller and tarpaulin. Also, building materials were wooden frameworks, sand and leaves knitted into mats for roofing. In spite of the introduction of new inventions from other cultures, most houses are still built in the traditional methods using traditional materials, probably for economic reasons and sheer conservatism. Again, the pre-European-contact African pattern of exchange was mainly by barter. The need for currency did not arise and so none was invented. Trade by barter, sale without standardised weights and measures and the general non-contractual pattern of exchange, all went a long way to foster, enhance and sustain social solidarity. The introduction of currency along with imported material artefacts generated or at least accentuated acquisitive propensities and profit orientation among the people, thereby gradually articulating social inequality based on purely economic criteria. Inventions may be material or social in nature. Apart from invention, culture can change and grow through discovery and diffusion. 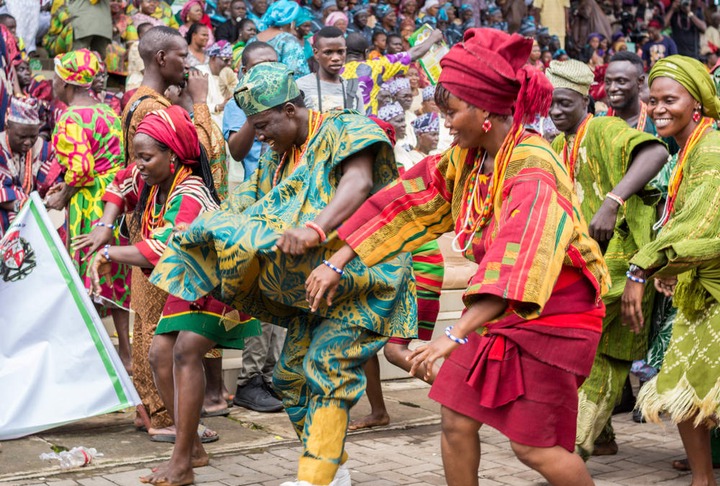 Discovery, unlike invention, does not involve recombination of traits but the sharing of knowledge of an existing but yet unknown thing. The importance of discovery in culture lies in its use and or when it generates certain challenges to the people, which in turn metamorphose into invention for the development and survival of the society. Another process which can bring profound change in the culture of African people is the process of cultural diffusion (the spread of culture traits from one society into another through cultural contact). Diffusion entails intentional borrowing of cultural traits from other societies with which the beneficiary society comes in contact, or an imposition of cultural traits on one society by a stronger society intending to assimilate the weaker society. The likelihood of reducing the period of culture lag is very much dependent on the desirability of yielding to change in the non-marital culture, the compatibility of the anticipated change with the existing culture or its flexibility, and the nature and magnitude of force available to exact or induce compliance. However, the desirability of yielding to change in the non-material culture depends on whether the people perceive the new mode of conduct to be better than what they were used to. In most instances the attractiveness of yielding to change is often mediated and conditioned by the compatibility of the expected change with existing culture. 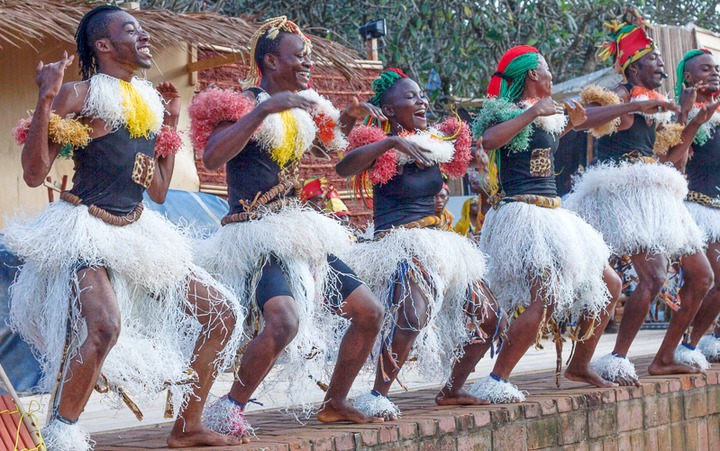 A change which calls for the replacement or total abandonment of pre-established and originally preferred modes of behaviour is less likely to be accepted than one that is preservative- that is one which either provides other alternatives and or extends the culture by merely adding new things to it. Now, it should be known that force has its own limits in bringing about change as it is impossible to spell out every bit of a people's ways of life and formulate legislations to cover them. This is actually where the problem of adjustment to externally induced change has arisen. Most contemporary Africans find it difficult to adjust between their primitive beliefs in certain aspects of their culture and the supposedly modern mode of accepted behaviour. For instance, how does the African explain disasters, deaths, accidents and other misfortunes in the family? A new convert of the Christian church would run to the church for explanation and comfort, but if the church's reaction is not immediate or prompt, the person may turn, in secret, to the native medicine man for immediate remedies. 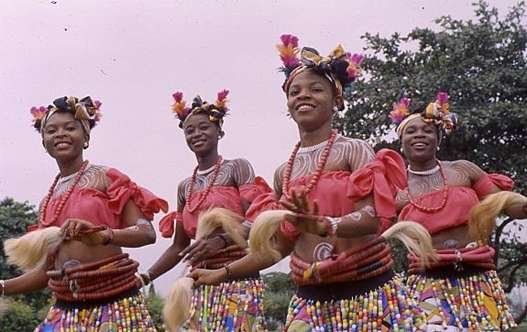 If the relief comes, he finds himself having to hold dual allegiance - one to his new found faith, and the other to his primitive beliefs. This form of dichotomy goes beyond misfortunes and permeates most aspects of the person's life.