The Life History of the Bono, Akan and Techiman.

By Atitwo (self media writer) | 11 months ago 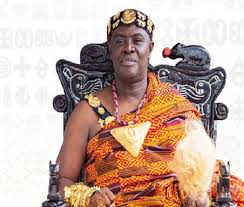 The Bono are an ethnic group of Takyiman who are Twi speaking people of the Akan group in Ghana, West Africa. The Bono territory is geographically situated between the savanna and forest environment which makes it a prime central location for trade. Their oral history speaks to a people that moved or migrated from place to place until they found a suitable place to build their empire. The word Bono means first born, the one created first. Their oral history informs us that the earliest ancestors emerged from a hole in the ground.

The Mossi people began to emerge as a ruling aristocracy, which eventually led to a brutal war which they lost and was forced to migrate further southward. Led by one Nana Asaman they crossed the Volta River and settled in a wooded area near a cave which they called Amowi at Pinihi near Nkoransa area, some thirty miles from present day Takyiman. Due to an earthquake they were force to flee Amowi. From there they proceeded to an area which they called Yefri and built their first town. In due course they designated a town Bono Manso as their capital of the Bono nation. Manso was taken as the head or seat of the Bono nation where the King dwelled and was reputedly to inhabit 177 streets while Takyiman, Nyafoman other capitals were indicated to only have 77 streets.

The Bono people began to settle in familiar group with a leader. As the the people began to grow in numbers they eventually dispersed forming their own towns and villages, some settlements were named after abosom that occupied that land. Later on other migrations were due to wars and family incompatibility.

With the discovery of gold at Prabom across the river Tain, the Bono rulers promoted and used their new found wealth as currency in the markets of the Mali and Songhai empires. This induced them to develop scales and gold weights for measuring gold dust, and household utensils, etc. The Bono were known for their weaving, brass casting and alike. A trading center at Bono Manso called Dwaribrem traded goods and kola for other items.

The Bono Empire maintained a great level of stability and political power. They had very few wars and it lasted from 1st millennium A.D. till 1722/23 before its destruction by the Asante confederacy. After the destruction of Bono Manso by the Asante they finally settled in present day Takyiman.

The Bono people of Takyiman distinguishes themselves from other Akan groups in a number of ways.

Content created and supplied by: Atitwo (via Opera News )