The Mystery of Okonfo Anokye 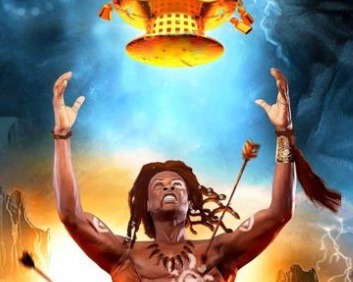 Okomfo Anokye whose original name was Kwame Frimpon Anokye kotobre was an Ashanti fetish priest, statesman, and lawgiver who lived in the late 17th century. He was born around 1655. He helped build the Ashanti Kingdom's constitution, laws, and customs as a cofounder in West Africa. Anokye was Osei Tutu's counselor and top priest when he ascended to the leadership of a small collection of Akan forest kingdoms around Kumasi.

There are several versions of Okomfo Anokye's beginnings. His descendants claim he was born of an Ashanti mother and Adansi father and was related to the military leader Osei Tutu (the other co-founder of the Ashanti Kingdom) through a maternal uncle. Some traditions say he came from Akwapim in the Akwamu Kingdom southeast of Ashanti. According to the Asante traditions, he was the grandson of a man named Amoa Gyata from Bona-Bom, Adanse. There are other rumors that he was the son of Kyei Birie and Dwirawira Kwa, an Adanse-Akrokyere Asenie lady.

It is believed that when Okomfo Anokye was born in Awukugua, he already had a short white cow's tail (Podua) in his right hand, and his fist was so tightly clinched that no one could open it. The woman who delivered him did believe that there was something inside the hand. The father was summoned to help. Okomfo Anokye opened his eyes and gaze at his father, and immediately opened his strange hand, presenting it to the amazed father which said "Ano....Kye" (Guan language), which means "Ano...see," and handed a totem pole which was in his hand over to the father.

When Okonfo Anokye grew up, he performed some miracles. Some of these miracles include

1.    Cooking plantain right in front of a large crowd, and then planted it and it immediately germinated, grew and ripened, and was harvested.

2.    He and his parents went to the farm when he was a child, and as it became dark and started to rain, he disappeared into the forest and returned with some leaves, instructing his parents to place the leaves in their armpits and close their eyes. They were back at home when they opened it.

3.    He drained the Agyempansu stream in Kumasi, restored it, and renamed it Suben, which continues to flow today.

4.    He stopped rain during a Festival

5.     Okomfo Anokye poured the leftover palm wine on the ground; an oil palm tree grew almost instantly. The oil-palm tree is said to be along the main street in Awukugua, near his temple "Obuabeduru." It is harvested once a year, and the fruit is handed to the town's Chief and the seven Stool holders, known as Adadifo. He then climbed up that oil-palm tree in his wooden sandals (Nkronnua), leaving impressions of his feet on the trunk. These can still be seen on the Awukugua tree.

6.    He made an Oware from stone by digging holes using his barefoot

7.    He could walk through the rain without getting wet.

8.    Okomfo Anokye used to execute some mystery ceremonies in conjunction with a very large rock at a holy site called Ayete at Awukugua. He would make an incantation and go into meditation until water began to flow from the rock. At the site of the seven Adadifo, the water was used to cook the palm tree nuts. If the water failed to come then it was considered a bad omen, and Awukugua should be purified.

9.    He could slam an uncooked egg on a rock and it wouldn't crack.

10. He planted a sword into the ground at okongo Anokye teaching hospital. No one has been able to remove it. He also stated that the location where he put the sword would one day become a place where sick people would be cared for. 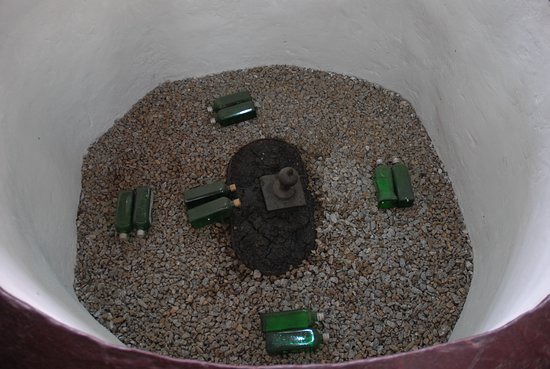 11.  He was famous for summoning a golden stool from the skies and declaring that the king will be whoever the stool landed ion his lap. When the stool landed on Osei Tutu's lap, he was crowned King of the Asante kingdom. 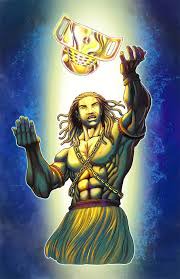 Anokye is reported to have returned to Akuapim after Osei Tutu's death in 1717 and died between 1717 and 1719 in the Kumasi village of Kyirapatre. The true reason for his death is unknown, but it is believed that he was on his way to deliver the key to death - and that no one should grieve because if anybody does, he will never return. He was remained missing after a few days, and the women wept, and he never returned.

Content created and supplied by: kobby.k (via Opera News )