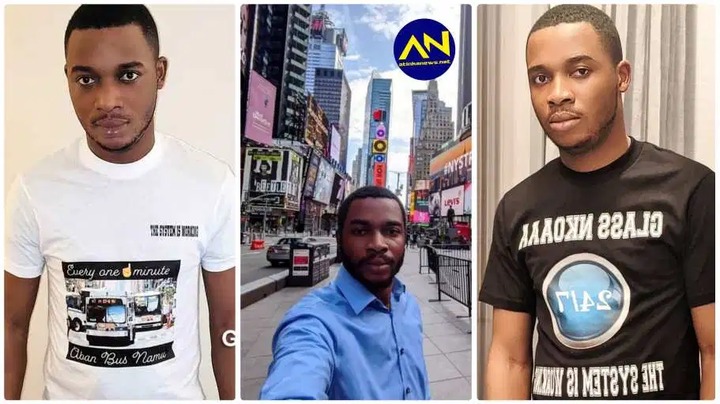 They say “cut the insults out”. That, he can state his point and make his argument cogently without the use of vulgar and offensive language. Against, they say he has a point, but the insult is too much.

The man Twene Jonas is now the most followed social media personality in terms of live views, and at the same time, the most wanted. For the good, the bad and the ugly reasons, he has become a public sensation within the 'netizens' environment, an enemy within the corridors of power and an abomination to the powerful traditional rulers' palaces.

Apparently, Twene Jonas is a victim of a broken down system here in the Ghana, and got saved via Devine intervention and the American system. For someone who got a switch by tasting the welfare of these two countries, he got intoxicated.

The man started venting his spleen, telling the world how the black African leaders, who have the capability and the resources to put systems in place which can give its citizens a better living condition is sleeping instead of thinking. He simply could not understand why the white is able to do it, while the black, with the same thinking ability is found wanting.

Of course, he can question this unfortunate phenomenon without insult. But, would that have gone far?

There are lots of people like him who are speaking about the ills of the country everyday. It remains a speech, only empty speech because no one listens. Twene Jonas decided to intersperse his with some vulgar, and it did the trick. He has become the talk of the country today.

The insults did the magic for him. It has gathered him viewership which comes with social media revenue and the needed attention. The insult is now his unique promotional trademark. It has made him what he is today, and we have to deal with it.