History:Meet Myrtle The Girl Born With Four 'Legs' And Why She was buried Under concrete After Death

By Winnerwriter (self meida writer) | 18 days

This is Josephine Myrtle Corbin. She was born on 12th May 1868. At the time her mother was pregnant with her, everything seemed very normal until the day of delivery and that was when the doctors and nurses realized they were dealing with Something rare. Myrtle was born a Dipygus. This is a medical condition that meant that parts of her body below the waist was duplicated. She was born with an underdeveloped twin sister attached to her and because science was not so advanced at the time, this was not detected until the time of birth.

Her parents were horrified and probably thought the child was not going to make it but Myrtle proved everyone wrong. Not only did she survive, she became very famous and as she grew older, made lots of money by exhibiting her deformity at shows where curious onlookers paid to see "The Four Legged Woman". But that was not all for her, the best was yet to come. In 1885, when one of the brothers of her younger sister's husband laid eyes on her, it was love at first sight. In June of 1886, Dr. James Clinton Bicknell and Myrtle Corbin got married and After the marriage people often wondered what happened "behind closed doors" but it wasn't long before their questions were answered. The couple had five children together and they lived happily until Myrtle died on may 6th 1928 from an infection that could have been easily treated with antibiotics today.

After her death, doctors offered her family money to buy her body for science study but they refused. She was buried in concrete and her family guarded her grave for days until they were sure the concrete was set and her body could not be stolen. 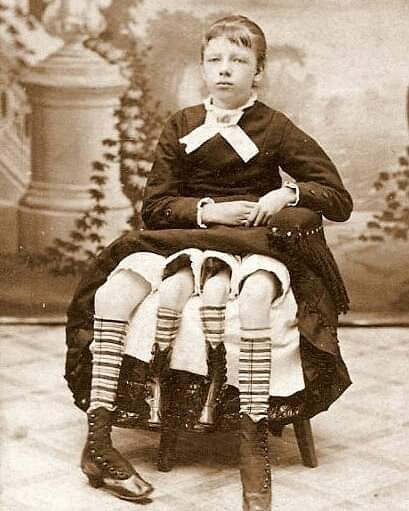 Josephine Myrtle Corbin, "The Four Legged Woman", had two organs and two wombs. So even though Dr James Bickenell married one woman, technically, he married two because It was later said that out of their five children,two were carried by Myrtle and the other three were carried in the womb of her underdeveloped twin sister. 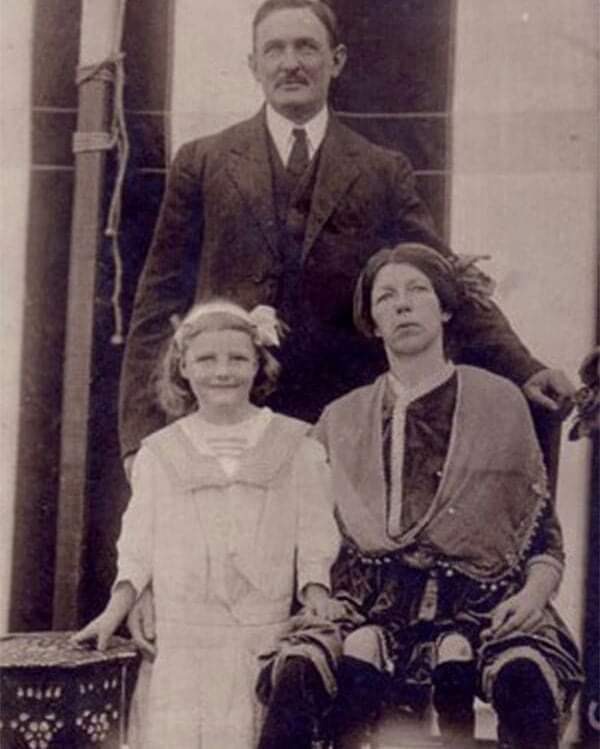