By Wolibismark (self meida writer) | 3 months 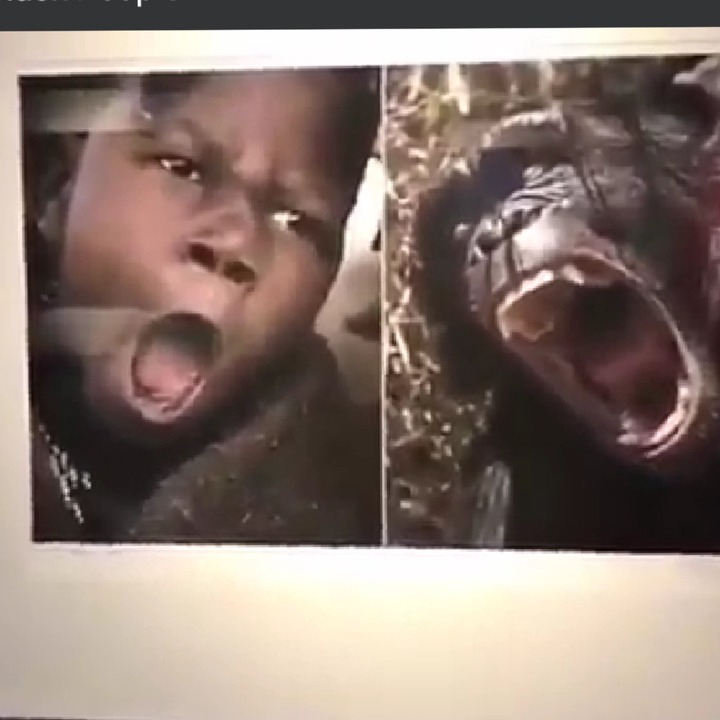 I became speechless when I spotted the video making rounds on social media where a museum pulls exhibit comparing animals to black people, l ask myself why would the white people try to do this comparison, are they making fun of the black race?

Even in the world the animals do not look the same, monkeys have different breeds same with lions, rhinos name it they have different looks depending on regions they come from like bengo tiger, African rhino and so on. Humans also were created beautifully different in looks and color but every human is human. A dog with black fur is no less a dog with brown fur.

The video coming from one of the Chinese museum was seen given some specific animals qualities to black people as the pictures depict different meaning to whoever comes across the images. 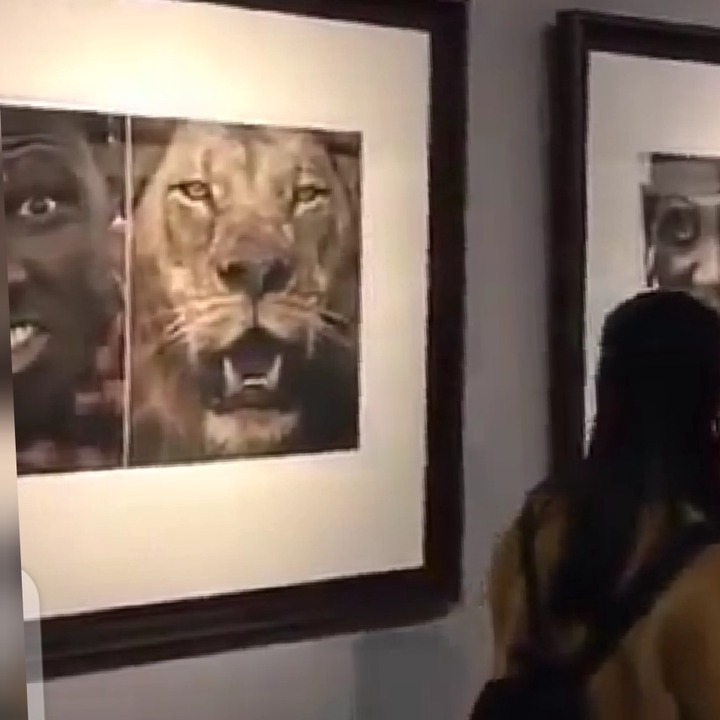 These people have been sick in their heads about Africa even before I was born, so somehow I think it's not even strange what they think or do. My only problem is our leaders are still embracing the Chinese plans for recolonization of the Africa continent with borrowings, this is clear display of what await Africans in the nearest future

What the Chinese have in their museum, comparing black people to apes, that reminds me of how bad Africans were treated recently especially in China when covid-19 broked out.

Ironically these animals are strong and brave could it means that the Chinese museum is trying to say that black people are also brave and strong hahaha...

Those animals are brave and strong but the black race ain't, let's face it. Let's not console ourselves with inspirational thoughts. Black people, especially Afrikans are brainwashed with inspirational words about themselves too much that even when we are the laughing objects around the world, we still swim in these inspirational stories without lifting a finger to fight back and redeem ourselves.

We are too weak to actually claim this so called supremacy that these oppressors put in our heads that we have.

When the rest of the world rises with guns and other types of weapons, we (black people) tend to do peace matches, long talks, fasting and prayers, begging etc. 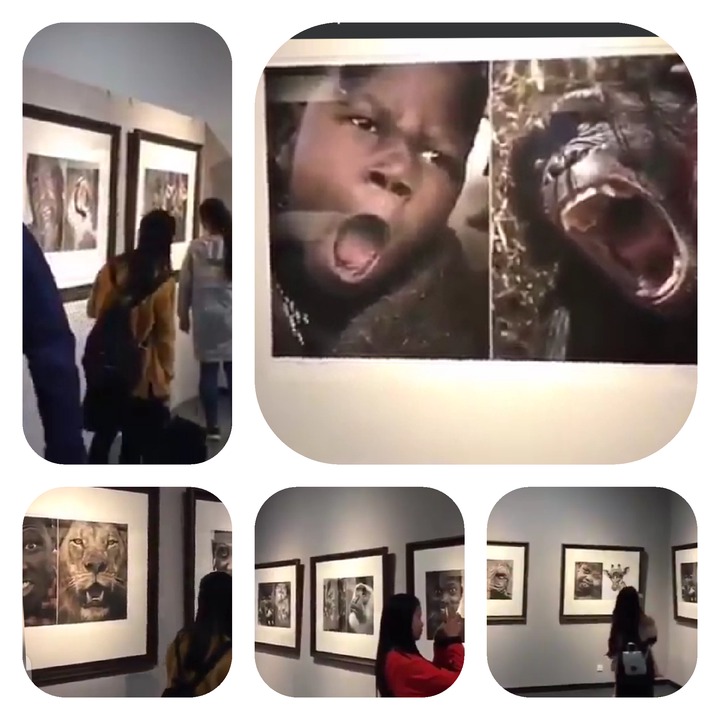 Yet it's undeniable fact and belief that we are all animals, that we are all primates, why then a black person like me care about some crazy paintings or art exhibition somewhere, once I know that I'm not a typical animal, I will be proud finding it advantageous to be the sort of animal that can walk freely in the light of the sun without burn or blemish and if the other animals cannot say the same then perhaps they should take it as a reproach for their arrogance that the sun which kisses my dark skin afflicts theirs. I'm convinced that black people are the most interesting race, fascinating, a unique and awesome creation that other races are continually amazed and mesmerized.

I know these people wanted to be us but it's very hard, hence no need to gets angry when reminded your black root, such acts should never offend us since we are mad in the image of God as humankind was created to be a graphic image of the Creator, a formal visible, and understandable representation of who God is and what He’s really like, whether black, white, red, brown it doesn't matter. I personally fell pity for whoever did that because he or she is messing with God's creation.We are not animals and we will never be but rather wounderful creations of God.

Although the pictures were wonderful but this doesn't show respect to Africans and I blame the black for it, we don't empower one another and aren't united. We live on the wish factor we let all these races walk over us yet we are the richest race having all the raw materials and possibly all the animals in the world but we don't know our worthy because we tolerate these people to take advantage of us. One thing is for certain we are scared of 'CHANGE'. 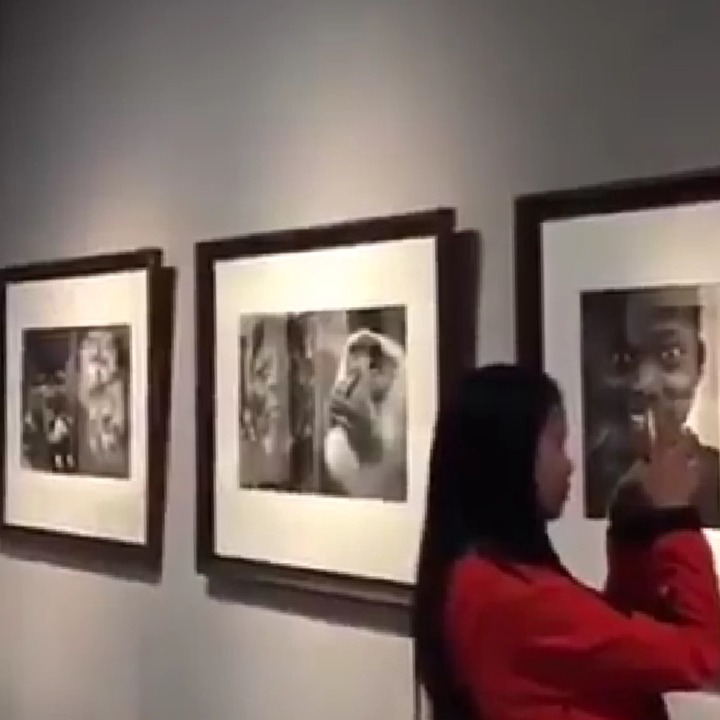 These Chinese want to be racists and they think they can pick on the darker melanin. Well, I will like to remind them that they were once treated like Animals by the Japanese in the USA, which was in the news.

On the more serious note, human comparison is the most stupid and unintelligent in the animal kingdom, if this continues how can the world win the fight against ingrained racism which affects black on the job market, in workplaces, at the polling booth and in urban environments, it has come to a point the black people undertake conscious action and education to combat the problem.

African as a whole have refused to grow, when a child is been born into the world everyone's expectation is for the child to grow but since the colonisation of African continent how far have we gone in the area of modernization to compare with other European countries till now our natural resources are been exploited by France and British to develop their own country.

Our African leaders should be looking into a positive direction on how to develop the African nation as whole, seems injustice anywhere is a threat to justice everywhere, as we are caught in an inescapable network of mutuality, tied in a single garment of destiny, hence should help promote and defend human rights, and make a difference in combatting racism by protests, sharing common history of all humanity, petitions, political engagement and highlighting initiatives such as the International Coalition of Cities against Racism (ICCAR), which promotes cooperation and collaboration in the fight against discrimination at the local and municipal level.

The work is far from finished, there are things we can do as individuals to be come human rights champion by standing up against racial prejudice, intolerant attitudes, showing unity and strength. We can do that by respecting each other and working together to use our natural resources and develop the continent.

#This practice of anti-black racism is evil let stop racism we're all humans.#