Did The Whites Return The Real Golden Stool?

The war of the Golden stool, also known as Yaa Asantewaa war, the third Ashanti Expedition, the uprising was a violent battle in the series of conflicts between the United Kingdom and the Ashanti empire, an autonomous state in west Africa that fractiously co-existed with the British and its vassal coastal tribes.

After several prior wars with British troops, Ashanti was once again occupied by British troops in January 1896. In 1900 the Ashanti staged an uprising. The British suppressed the violeon 25 nce and captured the city of Kumasi.

The Golden stool has a symbolized hovering the power for the Ashanti people.On the 19 March 1901 British statesman David Lloyd George stated in a parliamentary session that, Fredrick Hodgsons quest of the holy Grail.

Hodgson advance towards Kumasi with a small force of British soldiers and local thieves, arriving 25 March 1900. Hodgson as representative of a powerful nation, was accorded traditional honors upon entering the city with children singing (God save the Queen) to lady Hodgson. 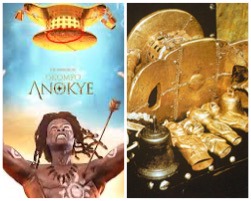 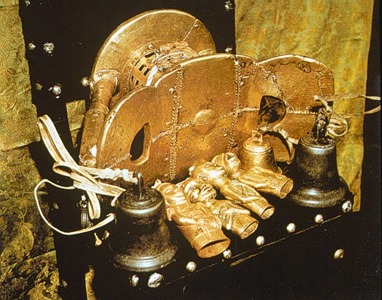 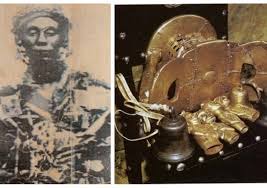 The Golden stool full title, sika Dwa Kofi means the Golden stool born of Friday. The royal and Devine throne of the kings of the Ashanti people and the ultimate symbol power in Asante. According to the legend okomfo anokye high priest and one of the two chiefs founders of the Ashante confederacy caused the stool to descend from the sky and land on the first Asante king Osei Tutu. Today the Golden stool is housed in th Asante royal palace in Kumasi Ghana.

people was contemplating on whether the whites or the British brought the real Golden stool back after they took it.But to me am sure they didn’t bring the real stool

please share your opinions on whether they brought the real one or not.

Content created and supplied by: Harry04 (via Opera News )