By HisExellency_75 (self meida writer) | 3 months

Good day to everyone, today I want us to learn something small on how our currency. In historically shell of certain spices were being use as currency in several parts of the world and past and present, very extensively in jewelry, and for other decorative and ceremonial purposes. 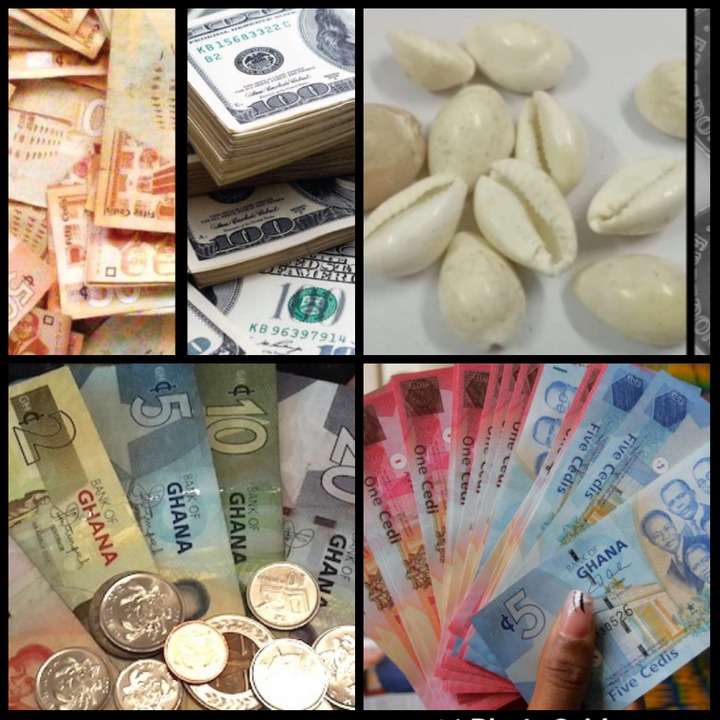 The attractive white shell of cowry required of money easy to handle and carry around due to its light weight, non perishable, good for small and large purchases. Its shape makes it instantly recognizable and difficult to forge. The cowries also have very little variation in size and form, which makes them easy to count.

They were often threaded into long strings of forty, For large payments, the shells could be tossed into baskets and weighed to determine their value.

In history the meaning of the word cedi is an Akan word for cowries shell, which were formerly being used as Ghana currency. The money cowry is not only the native of West Africa water but is a common spices in the Indian ocean. The first Modern coins exclusively is used at the Gold coast were produced in 1796 but cowries were used alongside the coins and gold dust as currency until 1901. 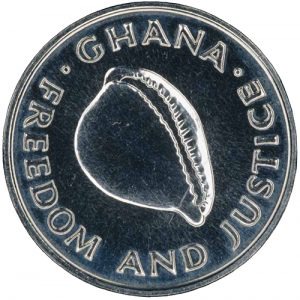 Accordingly, Cedi notes and Pesewa coins were introduced in 1965 to replace the Ghana pounds, shillings and pence. The cedi was equivalent to eight shillings and four pence and serve the interest of Dr. Kwame Nkrumah. The name “cedi” was derived from the word “sedie” meaning cowrie which gained popularity and wider circulation in the later part of the 19th Century. The “Pesewa” represented the smallest dust of gold currency regime. The name was chosen to replace the British Colonial penny, which were also introduced alongside the cowry.

For the recognition of the old money cowry, they decided to print the symbol on the 20pws coin. So the first money which were used in Ghana and most African Country was the cowry before the introduction of the paper note and coins, beside Ghana do not print their own money at those day, It is believed that only a few countries print their own money, like USA, India, China and contract printing occurs in Great Britain, Canada, Germany and Sweden. Thank you for time please you can like and share.

Emancipation Festivity Going On Live In Assin; Float Ongoing And Other Activities Yet To Come Off