Exclusive History: How Fire Was Brilliantly Fought By Traditional Soldiers In The Olden Days (Ghana) 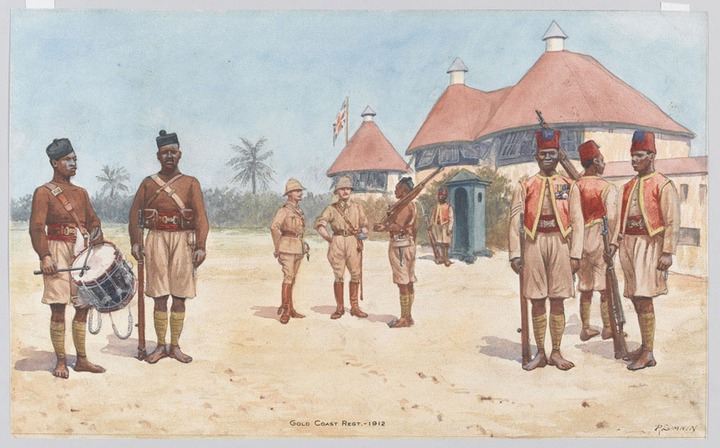 We have come a long way so far as Prevention, Management and Control of fire in Ghana is concerned.

In the olden days, fire was mainly controlled by a Traditional Leaders like the Kings and Queen through the effective utilization of fire personnel called Traditional Soldiers. These personnel operated under an instituted company called Asafo Fire Control and Management Company. It was decentralized across many centres in the Gold Coast, to control and manage fire outbreaks in homes, communities and public facilities.

However, during 1955, the colonial Government made an attempt to ensure the reorganization of these Traditional Soldiers into a more active and formal fire control team. They were also tasked to control fires in our homes and industrial organizations, with a more strict supervision than before.

With time, a paradigm shift occurred in the political atmosphere of the Gold Coast. Our rulers decided to transform our mode of Governance into a locally-centered system, where more people will be much involved in the Governing Affairs of the country.

When this happened, most of the soldiers who were part of the Asafo Company (Fire Fighting Team) decided to work in the local government institutions.

Left with no option, the Police Force were therefore, tasked to execute every responsibility in relation to Fire Control and Management in the country.

With time, they came into a realization that the population was growing, demographic divisions like towns, municipalities and municipal councils were popping up; hence, there was the need to form a National Fire Control Team that would take overall responsibility of fire outbreaks in the country.

A man called Mr. S.M Charters was tasked to ensure the organization and establishment of Fire Service across the municipalities, urban and peri-urban centres of the country.

Mr. S.M Charters was further contacted by Osagyefo Dr. Kwame Nkrumah in 1962 to assist in the formulation of a national policy on the formation of a National Fire Service Department.

A year later, by an Act of Parliament (Fire Service Act 1963, Act 219), Ghana National Fire Service came into being. Its main function was to ensure firefighting, extinguishment of fire, and as well render humanitarian services. It was birthed from the Railways, Ports and Habours (Accra City, Kumasi City and the Sekondi/Takoradi Municipal Fire Brigades.

34 years later, the Parliament of Ghana, under the Leadership of Late Jerry John Rawlings came up with the Ghana National Fire Service Act (Act 537). It was mainly instituted to expand the operational mandates of the Service. Its main objective was to ensure fire prevention and management of undesired fires; from fire intervention to prevention and safety. It was took into consideration the modern trends in the world's Fire Services. 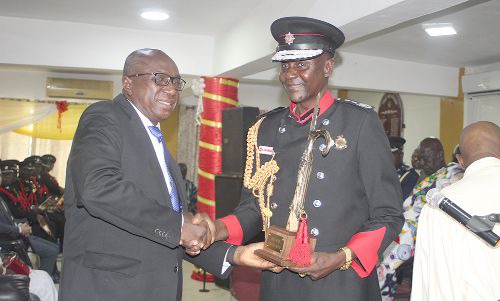 The current CFO of the service is Edwin Ekow Blankson. He was inducted into office in 2019.