Check everything that goes into Ewes drumming in Ghana, Togo, Benin and beyond

By SelaStories (self media writer) | 8 months ago 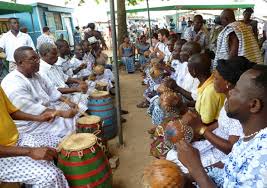 Ewe drumming refers to the drumming ensembles of the Ewe people of Ghana, Togo, and Benin. The Ewe are known for their experience in drumming throughout West Africa. The sophisticated cross rhythms and polyrhythms in Ewe drumming are similar to those in Afro-Caribbean music and late jazz. The original purpose of Ewe drumming were sung or performed by warriors. Now the songs and performed to celebrate or for recreational use. For example, Agbadza was originally used as a warrior dance but is now used to celebrate events. 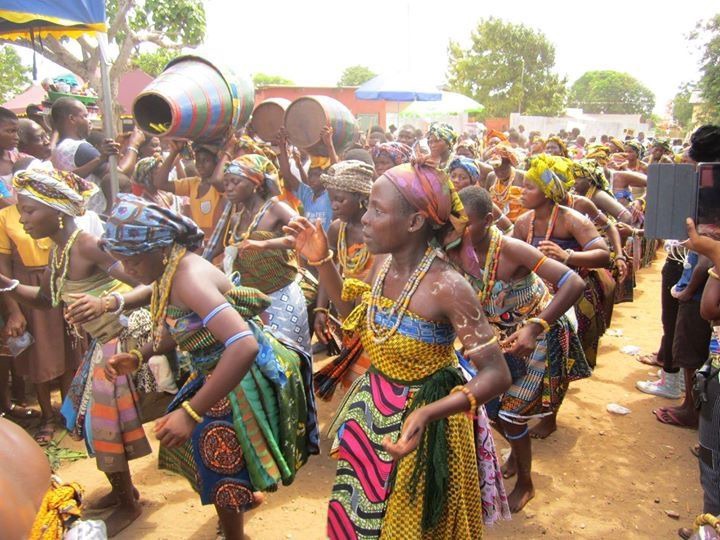 Ewe drumming is very diverse and is played in many slightly different ways. For example, an Ewe musician from Togo may play a piece or instrument slightly differently from the way a Ewe from Ghana does. The Fon people of Benin are another example of this variation. They construct their villages, towns, and cities on water, and because of this, they do not play the same upright drums other Ewe play. Instead, they place large gourds on water as drums.

An Ewe drumming ensemble consists of several drums, a bell, and a rattle. Each ensemble usually has a master drum, an iron bell called a gankogui, and a group of secondary drummers. 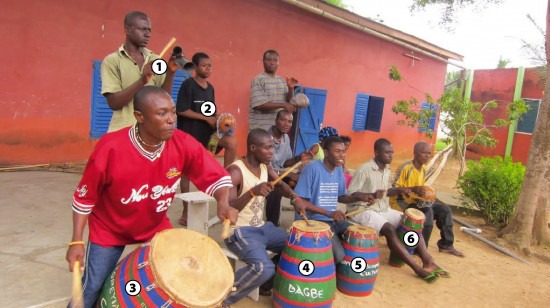 The most common gankogui part is the 12-pulse basic Ewe, or standard pattern. The axatse part that accompanies the standard pattern is: "pa ti pa pa ti pa ti pa ti pa pa." The "pa's" sound the standard pattern by striking the gourd against the knee. The "ti's" sound pulses in between the bell strokes, by raising the gourd in an upward motion and striking it with the free hand. As is common with many African rhythms, the axatse part begins (first "pa") on the second stroke of the bell (1a), and the last "pa" coincides with 1. By ending on the beginning of the cycle, the axatse part contributes to the cyclic nature of the overall rhythm. See: standard bell with accompanying axatse part. Atsiagbekor.

Content created and supplied by: SelaStories (via Opera News )