The History Behind The Word "Slavery"

Slavery is a condition where a person is forbidden to quit their service for another person. The slave is made to work according to his or her dictator. Slavery has been an ancient practice and has been acknowledged in both the Bible and The Koran.

The word 'Slavery' originated from the word 'Slav'. Slav is a name given to a group of people who inhabited a large part of Eastern Europe. The slavs were captured by the Muslims and were enslaved during the ninth century. 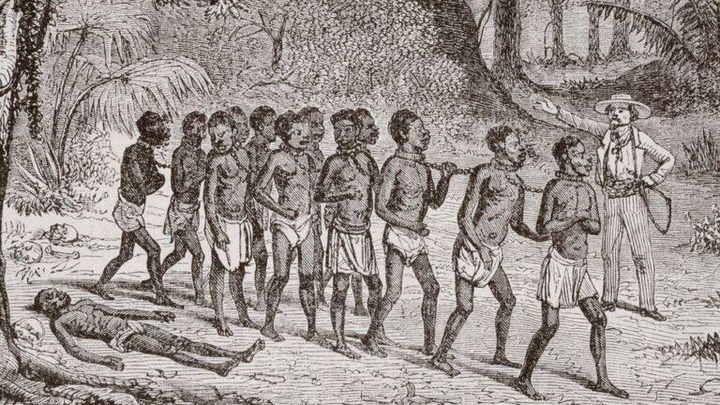 The religious books identifies slaves as a different class of people in the world.

Back in the ancient days, the Mayans and Aztecs kept slaves in the Americas. The Egyptians also had many slaves from Ethiopia, Europe and even Jews. The Greeks and Romans captured slaves from France, Britain and Germany and employedthem in their armies. Soma workedas labourers and others also employed as civil servants.

In the 19th century, one third of the population of Imperial Russia were Serfs.The Serfs were chattels who could be bought and sold just as slaves in America. Four years after the slaves have been freed in 1861 by Emperor Alexander the second, a civil war broke out and slavery was abolished after the Southerners were defeated.

In Africa, the Ashantis kept slaves and sold them out to the Europeans on commercial basis. Slavery indeed has been there for a very long time.

Content created and supplied by: Alinko100 (via Opera News )