5 Things You Didn't Know About the Illuminati

By InfoLab (self media writer) | 1 month ago

They were in 18th-century a secret society hailing from Bavaria, Germany, that's set to have a massive influence on major political, economic and societal events all around the world. Some people believe they don't exist anymore and the whole fad with the Illuminati is just pop-culture fiction but as always, you have the other side of the coin, with conspiracy theorists and conspiracy believers swearing on their lives the Illuminati still exists today. And they're embedded in all fabrics of society from politics to the economy and religion among others.

Their mystery gives them power and makes them seem cool and the main reason they're still around today is deeply embedded in human nature as we constantly search for patterns and everything which is essential for our survival. The penalties on seeing a pattern where nothing exists is much lighter than missing a pattern that's really there. With that said, let's dive in and see 5 things you didn't know about the Illuminati. 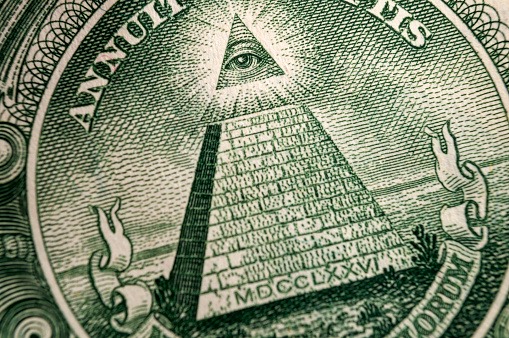 1. The Illuminati Has Been Around For Over 250 Years

This secret society never completely disappeared from pop culture. It's always been in the back of our minds ever since its inception but in the mid-1970s, the Illuminati made a startling comeback in the form of a literary trilogy that also gave it the spooky and funny image it holds today.

2. The Illuminati Didn't Always Have the Reputation Of An Evil Oppressive Entity

Some reports say that even though the Illuminati gathered and secrecy away from the world's prying eyes to perform bizarre rituals, they also encouraged a worldview that reflected enlightened ideas such as rational thought and self-rule. This is why in the past, they were closer to revolutionaries supporting their efforts rather than siding with ruling monarchs, church officials and leaders who are to continue their indulgence and luxury at the expense of everyone else.

3. The Illuminati Did Not Accept Weak-Minded Members in Their Ranks

Everyone allegedly in the Illuminati had a high intellect and they held positions of power in society with a lot of prestige and varying degrees of influence. As a test for advancing ranked novices were instructed to self-analyze and identify the weaker traits in their character so they could be aware of what to improve in themselves to further benefit the group. The Illuminati believed they were as weakest, the weakest member and as strong as their strongest one. Also, novices had to prepare a detailed report of all the books they owned as well as a list with the identity of their enemies.

4. The Illuminati Had Over 2,500 Members in the Beginning

When Adam Bicep had the idea of forming his own secret society of free thinkers, the first people who became members were his students over the next six years. The Illuminati added about six hundred members to their ranks. Important people in the Bavarian society such as noblemen, politicians, doctors, bankers, lawyers, as well as intellectuals and some leading writers including Johann Wolfgang, von Goethe and by the time the Duke of Bavaria banned secret societies. The Illuminati had increased their ranks to over 2,500 members.

5. They Are Not a Religious Society

The Illuminati was founded as an anti-clerical group in opposition to the perceived Jesuit oppression. Its principles were heavily debunking superstitions and spreading enlightenment among like-minded thinkers. This did not sit well with the church and it did everything in its power to see the Illuminati done for and despite its stain for religion, the Illuminati are now seen as a canonizing society that's controlling the world from the shadows while its members are hiding in plain sight isn't that ironic.