Ghana's tribal history will amaze you.

By Dorcasp (self meida writer) | 21 days 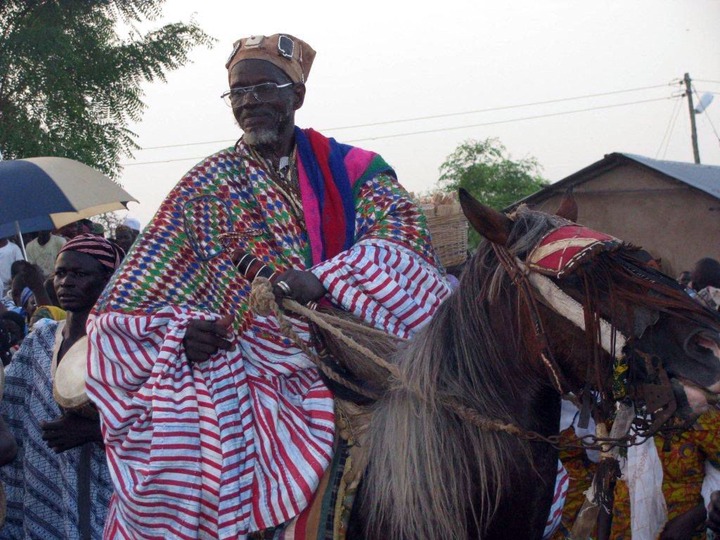 Ghana is among the world’s most diverse nations, with certain areas largely inhabited by specific tribes or their descendants. Despite differences in customs, beliefs and lifestyles, tribe members live side by side in harmony - Ghanaians are known for their peaceful and friendly attitudes.

Before you volunteer in Ghana, why not brush up on the history and traits of some of the nation’s main tribes? Depending on where you’ll be based for your volunteer vacation, an awareness of different tribal traditions can be helpful in getting accustomed to local life. Keep reading to find out more about five of Ghana’s best-known tribes. 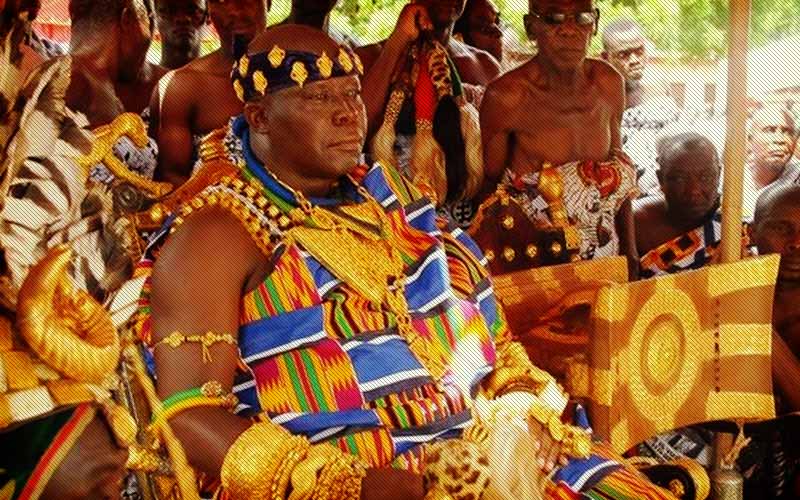 Comprising around half of the country’s population, the Ashanti tribe of the Akan is the largest in Ghana. Establishing an empire in 1670, the Ashantis named Kumasi their capital ten years later, and the areas around the city became part of this wealthy and influential empire. Most Ashanti tribe members speak the dialect Twi, either as a first or second language.

The tribe is presided over by a king or queen, who maintains political rule over the Ashanti homeland and people. Centuries after the tribe’s establishment, the Ashantis now number an estimated 11 million people, retaining their wealth as a result of the many contributions the people make to the economy, including agricultural exports like coffee and cocoa, diamonds, timber and industrial minerals. 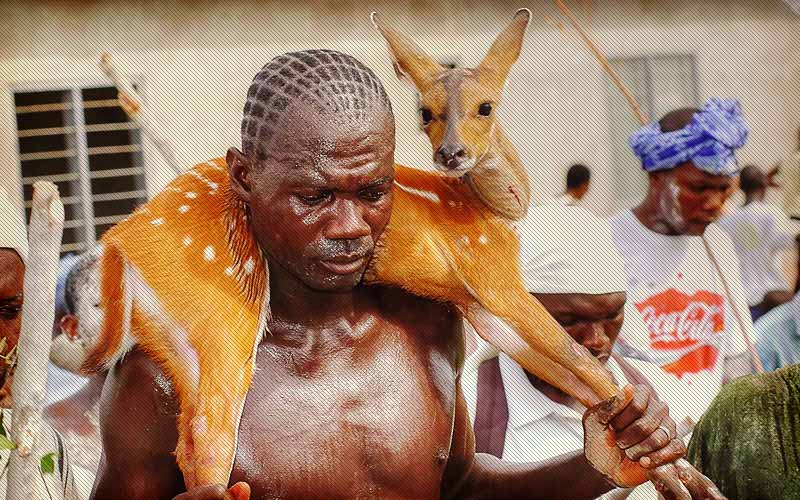 The Fante are people of southern Ghana who settles along the coast between Accra and Sekondi-Takoradi, especially residing in and around Cape Coast. Migrating from the Techiman region during the 17th century, the tribespeople went on to settle in numerous small states, each of which has its own Fante chief, descended from royalty. Under this main chief are several other more lower-ranking subchiefs.

There are about 2.5 million Fante people in Ghana today, according to estimates, all of whom are descended from twelve patrilineal clans. Each clan has associated family names and most tribespeople speak a dialect of Akan - a Kwa language. Every lineage also has a sacred stool, which forms a key part of traditional ceremonies, believed to hold the spirits of each clan’s ancestors. 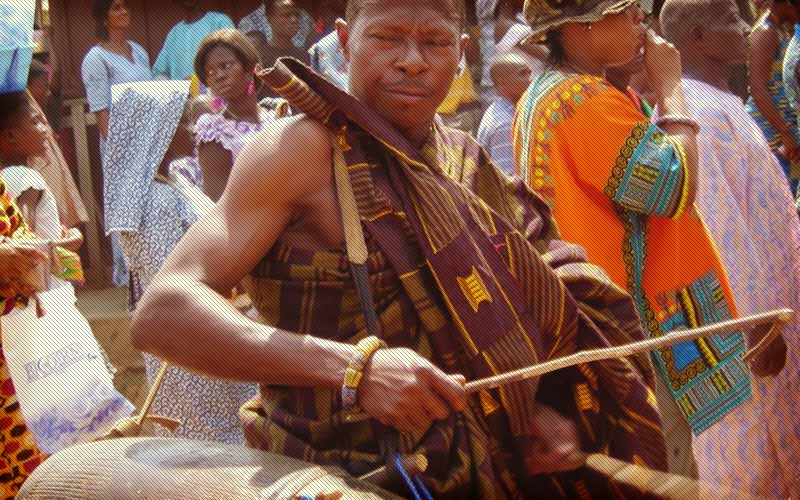 Comprising about 11 per cent of Ghana’s population, the Ewe tribe is one of the best-known throughout the country for its traditional customs and musical nature. Originating in Togo and the Volta region, the Ewe people are primarily fishermen and farmers but have, in more recent years, branched out into weaving and other trades when rainfall has been low.

Ewe tribe members spend a lot of time with extended family - this forms the main social group for many people. Dancing and drumming are a couple of other key characteristics of this tribe, and hunting dances, peace dances and war dances are commonly performed to the beat of drums on special occasions. It is the Ewe belief that if a member of the tribe is a good drummer, they have been filled with the spirit of an ancestor with the same skill.

Mole-Dagbonians account for a seventh of the Ghanaian population, making this tribe the second-most populous in the country. Mainly inhabiting the northern regions of Ghana, where they account for more than 50 per cent of the local population, the Mole Dagbona tribe comprises a number of subgroup tribes, such as the Dagoma and the Mamprusi.

The dominant religion in the northern region is Islam and, as such, there are many beautiful old mosques to be seen around these parts, such as the Larabaga Mosque dating back to the 13th century. Mole-Dagbonians speak a variety of languages depending on the district, with Dagbani, the language of the Dagomba tribe, spoken across nine out of the 13 northern districts. Other tongues include the Gonja language and Kokomba. 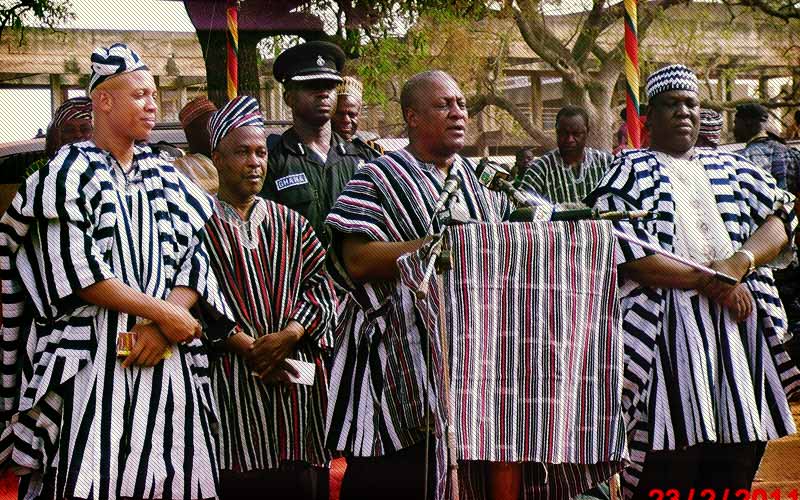 Guan tribespeople live all over Ghana and are thought to have started disseminating more than a thousand years ago. Various subtribes are known to have descended from the Guan people, including the Gonja, who predominantly reside in northern Ghana and make up about a quarter of the Guan population in total.

The Guang are believed to have been the earliest inhabitants of Ghana; now, the tribe encompasses around 26 ethnic groups. Both Guan dialects and Fante tongues are used by many of the tribal subgroups. Some of the subgroups, such as the Gonja, are renowned for their historical prowess as warriors, while the Anum tribe are well-known craftsmen.

Ghana is culturally diverse, with dozens of native tribes and influences from neighboring locations and peoples. Each tribe has its own distinct characteristics and there are different ethnic groups scattered all around the country. Wherever you travel to when you volunteer abroad, look out for tribal events and demonstrations of dancing and ceremonies to witness the varied culture of Ghana firsthand.