By Obedkrampah (self meida writer) | 17 days

Ansan stands for Guinea Fowl, the bird which is obviously displayed in a color-blocking pattern on the fabric. This fowl is a fantastic delicacy in Ghana found in soups and sauces but more popularly recently; grilled as a side order. It’s a shame it’s so lean. Sigh! But what makes it more interesting and delicious is the history behind this cloth, how a guinea fowl was associated with a cloth is unbelievable which means that the fowl must be of a special kind to its people and how they decided to get a cloth to commemorate it leaves us in a state of shock. 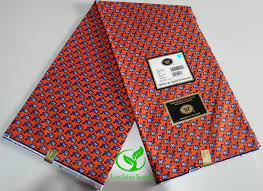 Till now the story behind how the name was gotten remains a mystery but it is said that a man who was very popular in the northern region of Ghana and was known to be using guinea fowl for khebab and was also selling guinea fowl to people who come to him. Before i continue i want to introduce you to the pizza spin game in Ghana , is free no money involve , all you have to do is to spin for the pizza and when your ball hit the target you win free pizza, a page will pop up telling you to enter your name and phone number and they will call you and deliver the pizza to you, you can try your luck and spin the pizza free pizza game on www.newsandgame.com

One day his friend visited him from cape coast to buy guinea fowl from him, when his friend who came to visit him decided to go to the washroom and have his bath, he took a cloth from his friend’s bath and rubbed it around one of his guinea fowl and left the bird out of its room to fly away with the cloth, it is believed that he did this because he admiring the beautiful clothes that his friend has brought along to visit him, the guinea fowl went away with the cloth rubbed around it to another man’s house, soon the man who had visited his friend to buy guinea fowl from him returned from the washroom and started trading business with his a friend who he has visited, he had come all the way from cape coast to buy guinea fowls and also establish a farm in the northern region and entrust it into the custody of his friend to take care of it for him and pay him every month,

Content created and supplied by: Obedkrampah (via Opera News )