By K.TeeDeWriter (self media writer) | 4 months ago 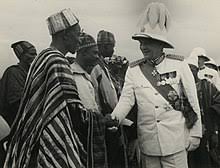 According to research there are over 40 ethnic groups in the country namely Ashanti's, Gas, Ewes, Dagaares, Fanti's, Akuapems, Frafras, Sisalas, Bonos, krobos among others. And each of these ethnic groups come with their respective dialects or languages spoken. For instance the Ashantis speak Ashanti twi, the Gas speak Ga, the Ewes speak ewe, the Fantis speak fanti twi, the Akuapems and Bonos also speak Akuapem twi and Bono Twi respectively.

But one peculiar thing about all the twi speaking tribes is that they are referred to as the Akans because it is believed they all migrated from the same area and for that matter their language spoken are interrelated that is the Akan language.

There no two ways about the fact that the Akan language is the most spoken language in the entire country since over 50% of Ghanas population are made of the Akans. And even beyond Ghana some Akan Tribes can be located at The Ivory Coast, Burkina Faso, Togo and Seychelles island.

One thing about the Akan language is that some of the words we speak everyday thinking they are originally Akan words are not genuine Akan words but they are English words that were mispronounced by our forefathers and overtime they have been included in the twi dictionary.

Below are eleven of Akan words that were stolen from the English dialect through mispronunciation by our ancestors; 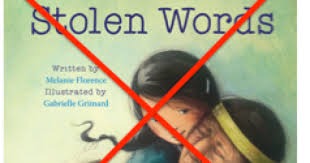 Kamboo. This is an akan word stolen from the English word "camp Boot", a type of shoe.

Kalabuley. This akan word is used to describe a person who dupe or defraud people in a tricksy way. Originally, it is an English word pronounced as 'clever Bully'.

Gangaliya. As we all know we call a person " gangaliya" when he or she is seen as the leader of a particular gang or group. But who knew the actual word is 'Gang leader?"

Blediful. This word is used as insult which is originally pronounced as "Bloody Fool" in English.

Chooboyi. We normally shout "chooboyi" to charge us for action when we are going to a place to carry out a task as a group. But this is an English phrase which is pronounced as 'Cheer the boy".

Oseeyeeh. This is a term we say when we want to express our happy mood towards the success of something. But did you know it is an English phrase pronounced as " All say yeah"?

Six milud. This is said whenever we are playing ludo. Oneay shoot "six milud' when he wants to obtain 'six' from the dice, but it is an English expression which is said as "six may lead you"

Prɛmo. This word is an English word spelt as Premo which was a grenade machine that was fired by the British during the colonial era whenever it is 12 noon. So we hear our Akan radio news castors usually say "prɛmo ato" meaning it is 12 noon.

Tankase. It could be recall that during our childhood we knew "Tankase" to be people who will go from house to house to ensure that people keep their homes clean and anyone who was found not to tidy up his or her house will be fine an amount to be paid. Interestingly, the original word is "Town council" and not "Tankase as our ancestors has coined it.

School driver. This is normally a mispronunciation of the tool " screw driver".

Trafigator. This is the light of a vehicle that is used to show where the driver is turning the steer to; whether left or right. The right English pronunciation is "traffic indicator".

I hope you found this article educative. Thanks for reading.

If you know of any twi or any other local word that was stolen from English apart from those ive mentioned above you can drop them at the comments section below.

Is This One Too A Massage? Ghanaians Questioned A Man Fondling A Slay Queen In The Name Of Massaging

What Is Really Happening?: See Video Of Two Young Children Kissing In School