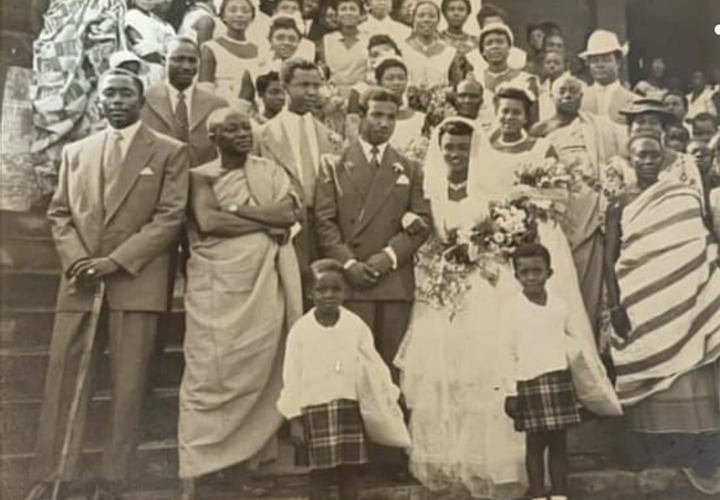 Every Asantehene, if he so wishes, can marry from Apagyafie. It is the home of great names like John Agyekum Kufuor and his other siblings. That home is where his mother hails from, and where they grew up. It is a home of great wealth, influence and political power.

So it happened that Otumfuo Kyeame, Bafour Akoto also married a woman from Apagya-fie( JAK’s Mother)

They gave birth to Agyeiwaa Akoto. Agyeiwaa grew up into a beautiful woman and caught the eye of a Jamaican, Lawyer Campbell- then working at Kumasi IRS- who proposed to her.

Baffour Akoto could not fathom the idea that his maverick daughter would marry a "foreigner”.

This was the 1950s. In principle, Akoto would not bless the union.

But Akoto had a master, his King. And Akoto could not be "more catholic than the Pope”, for Otumfuo supported the marriage and "ordered" his linguist-Kyeame Akoto, to bless the marriage. This was something the linguist was not happy with, but could not challenge. His King had spoken and that was final. What was he going to do about it?

So on the wedding day, Kyeame Akoto showed up BUT IN NTOMA WHILE WEARING A SHOE- as protest- subtly and respectfully defying his King.

The picture above tells the "tale”. Okyeame Barfuor Akoto is seen on the left side of the frame in ntoma and arms folded on his chest. The funny addition to his apparel is a shoe. We know very well Ntoma goes with ‘kyaakyaw’, for that reason, wearing a full shoe makes one look nothing but funny. The Asante linguist had misgivings about the marriage, but since he could not openly challenge King Prempeh II, who had ordered him to be present at his daughter’s wedding ceremony, the only way he could ‘rebel’ and show his disapproval of the marriage was dress the way he did. 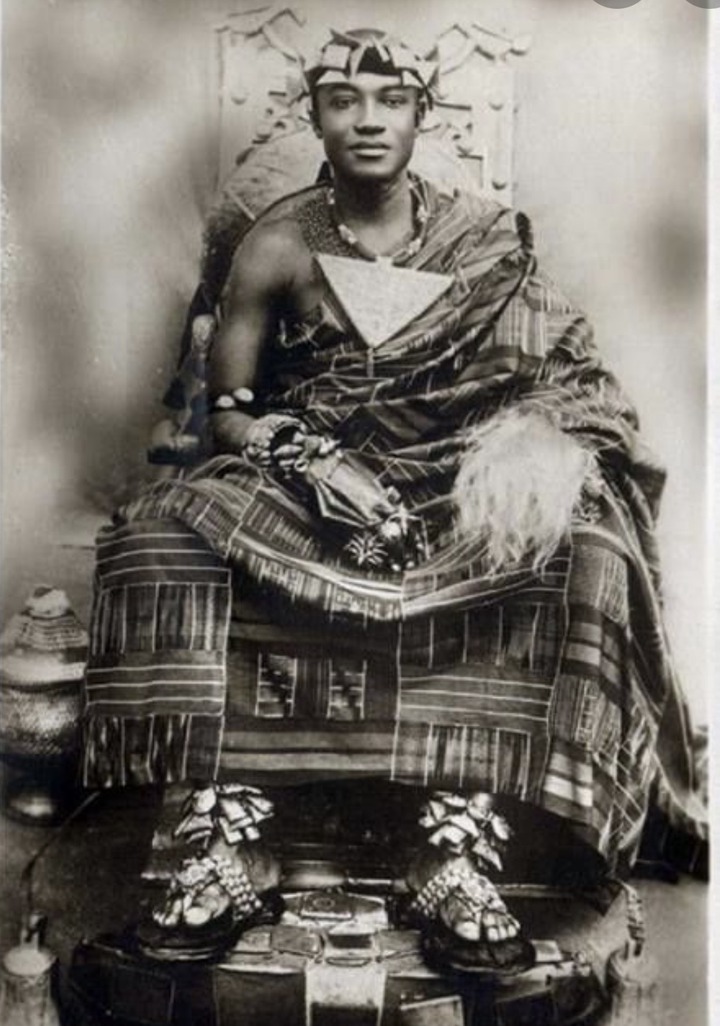 Indeed, anyone who is not privy to this story can easily deduce from his posture in that picture that, he was not really concerned or interested in what was going on. He defied the King but in a silent but respectful protest.

In the end, Akoto and Campbell would become father and son-in-law buddies. And Agyeiwaa would not be the only Akoto's daughter to marry a non-Ghanaian- Agyeiwaa set the pace.

She was one of the most famous lawyers in Kumasi. 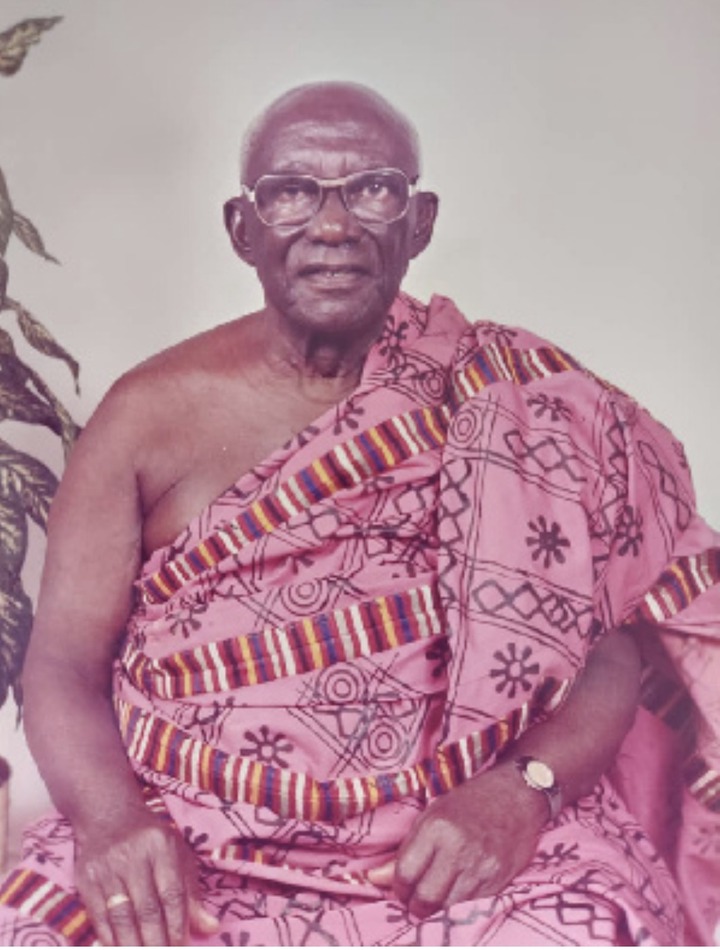 However, It must be made clear that Otumfuo Kyeame Barfour Osei Akoto is not the father of former president John Agyekum Kufuor. They went their separate ways before Ama Dapaah(Kufuor’s mother) married the ex-president’s father. Rather, he is the father of Dr. Owusu Afriyie Akoto, the minister of agriculture.