We have heard about many romantic stories like that of Romeo and Juliet. In today's article, we will be viewing another romantic story but of a mad couple.

According to a woman who goes by the name Cynthia Gyan, A love story of two mad couple inspired her. Samade and his wife, a mentally disturbed couple who were married for 22 years and had three children between them. 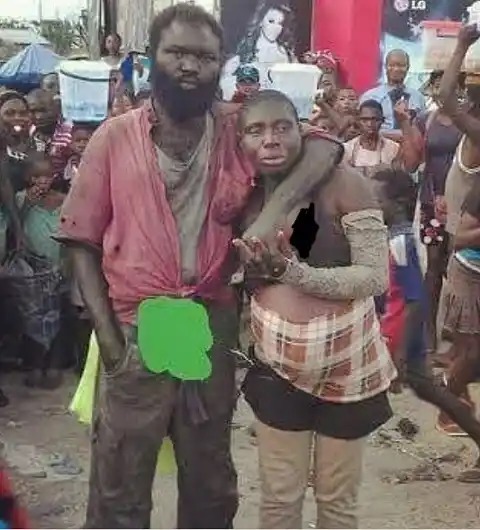 She explained that Samade had a degree in applied physics before he became insane.They all respected Samade abilities and traits. No amount of insanity could rob him of his inherent talents and abilities. Dance moves and a beautiful voice can't be ignored by passersby, who are drawn to him.

The gathered crowd wished he wasn't nuts after hearing and seeing him sing and dance without any instruments. Samade was from a different town. This man and his wife spoke different languages because his wife was believed to be from the eastern part. 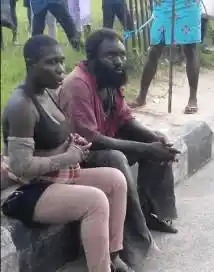 When the insane couple lived together, they argued, but no one knew how they resolved their differences. Three children were born as a result of their union. They begged since they had no other source of income, according to Cynthia. For the past twenty-two years, these two did not see a marriage counselor or attend marriage education sessions.

The myth goes that the insane couple lived under a well-known bridge near crossroads in a self-built house. Despite their inability to have a meaningful conversation, the crazy in love couple found a way to connect.

Their affection for one another was frequently observed by the villagers. As a couple, they had a lot of fun and accomplished a lot. The best partner of the year award would have gone to them if they were not so crazy.

She died in September of the same year, while Samade died in July. Her death was attributed to loneliness and depression, according to legend. Each of the three families that took in their children was inspired by the mad couple's love story.

2 Simple Things You Should Always Do Before Going To Bed.

Video: Final Moments Of The Tortured Young School Boy, Sylvester, Before He Gave Up The Ghost

He Wanted To Use His Mother For Sakawa: Prophet Arrested For Exhuming Dead Body At Night

He Was Blind When We Got Married: I Helped Him Regain Sight But He Now Wants A Divorce