A mausoleum is an external free-standing building constructed as a monument, enclosing the interment space or burial chamber of a dead person or people. A mausoleum without the person's remains is called a cenotaph.

In a mausoleum, the decomposition process is occurring above ground (note that even if a body is embalmed, it will decompose eventually). ... A well maintained mausoleum will be properly constructed and ventilated so that visitors won't smell much.

Here are some interesting facts you should know the Kwame Nkrumah mausoleum. 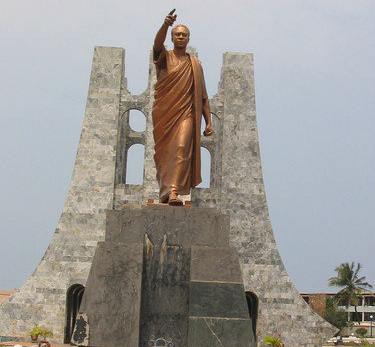 Nkrumah's body was buried in Guinea- Conakry since he was the Co-president there; until his mother insisted he should be buried in his home village in Ghana. On 9 July 1972, Dr Kwame Nkrumah was buried at his hometown in Nkroful; near Tarkwa in the Western Region of Ghana, but after 20 years of his death, his image was restored in 1st July, 1992 on the same grounds where he led Ghana to liberation from colonialism on 6th march 1957. 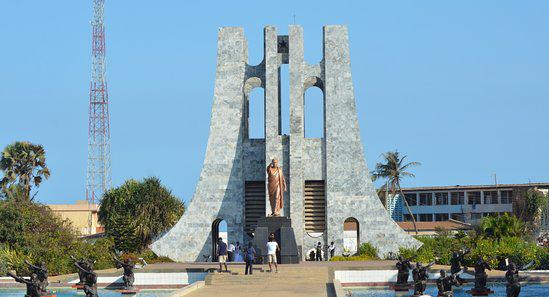 Dr. Kwame Nkrumah was buried three times; the Kwame Nkrumah Mausoleum was his final resting place and that of his wife, Fathia, an Egyptian woman. The mausoleum was built where Nkrumah chose to announce Ghana's independence. The reason why he chose that area was because that was where the British used to play polo.

The mausoleum which was dedicated to the founding father, and the first President of Ghana- Dr. Kwame Nkrumah; was designed by Don Arthur, and located in the main commercial area of Accra, on The High Street (now Atta Mills High-street), and directly opposite to Old Parliament House. 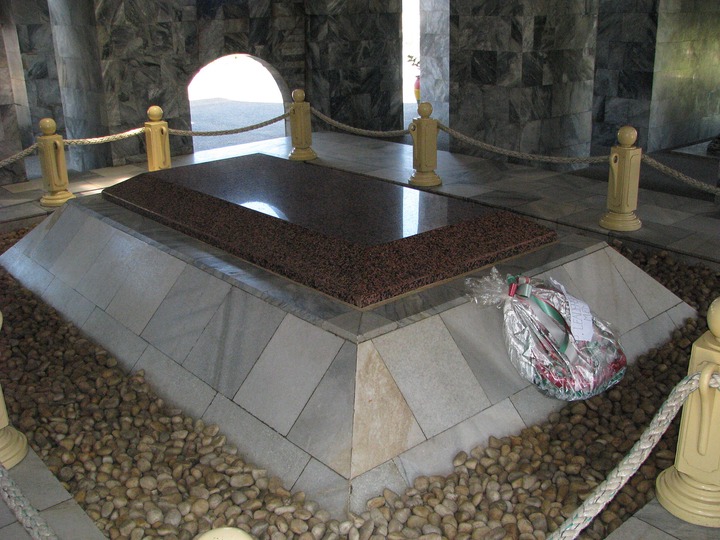 The Kwame Nkrumah Mausoleums Have Great History & Significance; it is the spot or area where Dr. Kwame Nkrumah made the declaration of Ghana's independence. On the premises is a museum that has on display objects from the various stages of his life.

On the main way leading to the Kwame Nkrumah Mausoleum, is a springs on either sides of the walk way. Each spring has seven bare-chested, squatting statuettes of flute blowers, who seem to welcome the arrival of world leaders and other important personalities into the mausoleum.

The entire building of the Mausoleum is meant to represent an upside down sword, which in Ghanaian Akans culture, is a symbol of peace. The mausoleum is clad from top to bottom with Italian marble, with a black star at its apex to symbolize unity. Mausoleum is also surrounded by water…which symbolizes life. 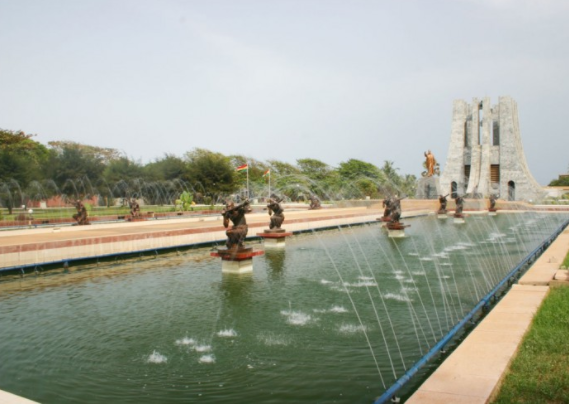 Inside the Nkrumah Mausoleum are publications of Dr. Kwame Nkrumah and pictures showing his life history. Some of these pictures, show Dr. Nkrumah with some of the most famous people of his time…people like Jawarharlal Nehru, Mao Zedong, Fidel Castro, Nikita Khrushchev, John F Kennedy of U.S.A, Sir Alec Hume, Queen Elizabeth II of England, Harold Macmillan, Pope Pius XII, President Nasser of Egypt, and countless leaders of countries like Malaya, Sri Lanka, Niger not forgetting Nigeria and many other more.

Do you think Housing only Dr. Kwame Nkrumah and his wife in the mausoleum is right? What about the others who worked with him during the struggle for the independence? Shouldn’t they also be honoured in the mausoleum?