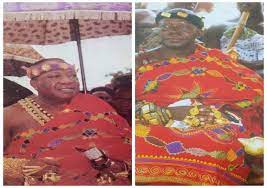 According to historians, the Akan's progenitors lived in the Black Volta basin in the open areas of modern-day northern Ghana and north-eastern Ivory Coast. Historians aren't sure if they came from the ancient empires of Ghana, Libya, Egypt, or Abyssinia (Ethiopia) or the Chad and Benu basin.

They converged near the confluence of the Pra and the Ofin rivers, where they assimilated pre-existing peoples, multiplied, and formed their distinctive language, Twi, according to renowned historian Prof. Albert Adu Boahen.

They established their patrilineal and matrilineal clan divisions, as well as the seven-day calendar, from here. Twifo, Adansi, and Denkyira are all states that originated in this region.

Since the Akan follow a matrilineal system of inheritance that includes not only property but also stools, matrilineal groups have grown in importance and closeness to the patrilineal ones.

The Asante Empire was formed by the Oyoko people, with Obiri Yeboah, Osei Tutu, and Opoku Ware as the first three Oyoko monarchs. They contributed to the strengthening of the Asante Empire by diplomatic skill, matrimonial ardor, and statecraft.

Kente, a silk and cotton fabric constructed of interlaced cloth strips, has a special position in Asanteman culture (Asante State). In the Kwabre districts of the Ashanti Region, towns including Bonwire, Adanwomase, Sakora Wonoo, and Ntonso are hubs for Kente weaving.

Otumfuo Osei Tutu II, the current Asantehene (chieftain of the Asante), gained the throne in 1999, succeeding his maternal uncle, Opoku Ware. He is the 16th King to rise to the throne of the Golden Stool.

A particular Kente has been worn during state ceremonies by generations of Asante chieftains, according to journalist Akwasi Afrifa Akoto. Kwaku Dua Panin commissioned the Kente in the 1830s, and it has since been passed down through six generations, according to him.

“Do you know how old this ‘ntoma' [cloth] is? It was commissioned and worn by Kwaku Dua Panin (1830s), the wealthiest Otumfuo of all time who begat 300 children to Kofi Karkari to Mensah Bonsu Ababio to Prempeh Panin ne Prempeh Ababio to Opoku Ware Ababio to Osei Tutu Ababio... It's only worn on important occasions... “Get ready, Asanteman, for the Eyie Kese3,” he wrote.

This Kente is so unique that it is only worn at large gatherings by persons who respect antiques and culture. 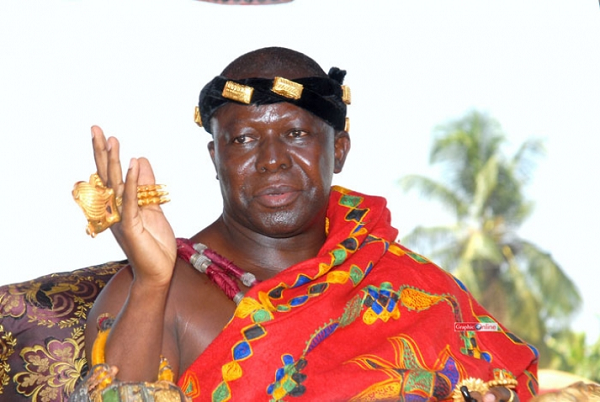 Content created and supplied by: LTN360 (via Opera News )