By Hammoah_news (self media writer) | 26 days ago

For barely two weeks now, the incident which occurred in Abesim has been making and is still making headlines. The murderer was initially perceived to be a footballer but later news circulated that he is an architect. This unpardonable act by Richard Gyamfi Appiah is believed to have happened years ago in the same town, Abesim.In the history of the Abesim community, this is not the first time such an incident has occurred.

History has it that there was once a Kontihene in the Abesim community who together with his wife murdered a pregnant woman for rituals. This incident is believed to have occurred on the 23rd of February, 1988. The Kontihene was Nana Twene and his wife was Susana Ameyaa. The lady they killed was 38 years old by name madam Lamley Sampa. 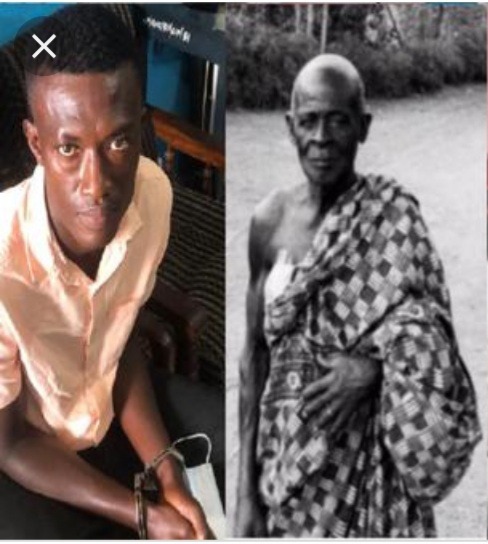 The Ghana Armed Forces arrested the Kontihene and his wife for committing such a crime. Upon interrogation, the Nana Twene denied but his accomplice mastered courage and told the truth. They made it known that the Kontihene wanted the blood and body parts of the pregnant woman for a very powerful ritual, a ritual which would make him speak without any questioning of his authority.

Following a trial in the local tribunal, Nana Twene and his accomplice were sentenced to death. As if that was not enough, all his properties were seized by the state as well.

The then Kontihene of Abesim was shot and his body was brought to the community. The soldiers tied up the body behind a car and pulled it on the ground. Women and children according to history followed the vehicle as they sang and danced along.

His wife was also sentenced to life imprisonment where she died after spending 12 years at Nsawam.

Critically looking at this story and analyzing things carefully, is Richard Appiah likely to be executed?

Bring in your comments and also follow my page for more news.

Content created and supplied by: Hammoah_news (via Opera News )

Sad news: see what has happened to the legendary Nana Ampadu.