Do Not Pronounce This Word as Sue Rather Say This 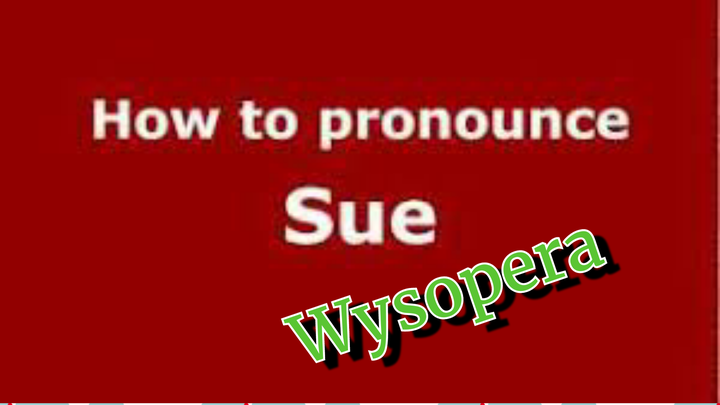 If one is a native speaker of the language, pronunciation of the words are natural to that person, but for those who learn English as a second language, there is mostly an interference from their mother tongue known as the L1. 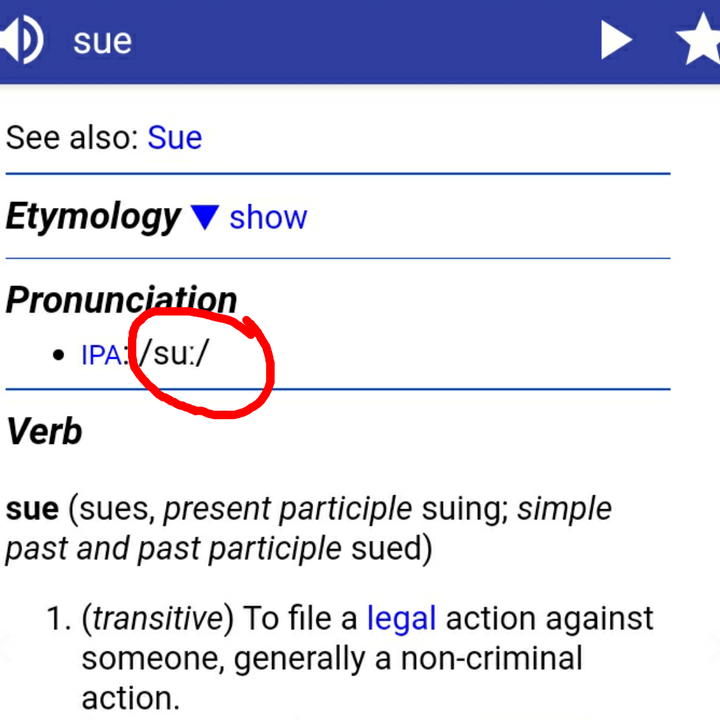 Such is the case of the word "sue". The word according to the online Oxford Dictionary means to file a legal action against someone, generally a non-criminal action.

If you take a closer look at the image above, the IPA pronunciation has been circled in the image above. According to its IPA, the word "sue" is made up of two phonetic sounds, and that is /su:/. The sound /u:/ is a long vowel and so is elongated a bit in its pronunciation. There is no /i/ sound ahead of the /u:/ sound, therefore; there is no need to add an /i/ sound to the ending of the word when it is pronounced. Therefore, instead of saying/sui/, say /su:/. Many have been deceived by the "e" that ends the word and so pronounce it as an /i/ sound. In case you do not get the pronunciation right, just eliminate the /n/ sound that appears at the end of the word "soon", and you would get the right pronunciation of the word "sue".

Do you agree that many people pronounce the word with an /i/ sound at the end instead of an /u:/ sound?