A 2,300-year-old Iron Age Seal Has Been Discovered In An Israeli Market. 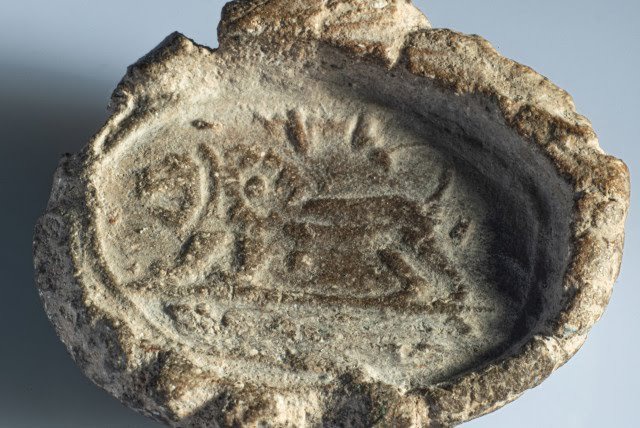 Researchers have discovered that a seal sold for a few shekels in a market to a professor at Ben-Gurion University of the Negev (BGU) is the earliest seal ever discovered in Israel, dating from the Iron Age around 2,300 years ago. Also, there is strong evidence that it was a royal seal, which is a first.

Prof. Yigal Ronen of BGU stumbled found a piece of oval material with a seal stamped with a figure of a screaming lion standing on all fours in the Bedouin market in Beersheba about fifty years ago. Ronen inquired about the stamp's origins, but the seller was unable to provide an answer and decided to sell it for only ten old shekels. It turned out to be a better deal.He got more than he could have hoped for. Ronen noticed that this seal had the term "to hear" inscribed above and below the roaring fabric, and that it was eerily similar to the renowned seal from Megiddo, inscribed with the words "to hear Abed Yerba'am." This seal was discovered in 1904 and sparked worldwide interest since it was the largest of the Hebrew seals known at the time.

The fact that Ronen purchased the seal from a street market for such a low price instantly raised his suspicions that it was not an authentic and old seal, but he chose to bring it to experts in the area to verify its authenticity. It was verified and revealed to be a royal seal, although a miniature replica of those used by royal officials. The tests were carried out in collaboration with researchers from BGU, the Geological Survey of Jerusalem, and the Israel Antiquities Authority, including BGU's Prof. Eliezer Oren and Prof. Shmuel Ahituv, the Geological Survey of Jerusalem's Dr. Avner Ayalon and Dr. Miryam Bar-Matthews, and the Antiquities Authority's Dr. Orit Shamir.Laboratory examinations revealed that the bulla was created from the soil around it, which corresponds to regions in the Lower Galilee and the Jezreel and Beit She'an valleys where limestone rocks are exposed in the presence of basalt-containing olivine. The stamp was also discovered to be sealed on a linen cloth when the material was quite dry, and then connected at a temperature of around 750 degrees Celsius.

The article on the seal will be published in the Eretz Yisrael journal, and later in the Israel Exploration Journal in English.

After the seal was discovered, the Ronen family consented to hand it over to the Antiquities Authority and have it displayed in the Israel Museum.