By darlington19 (self media writer) | 7 months ago 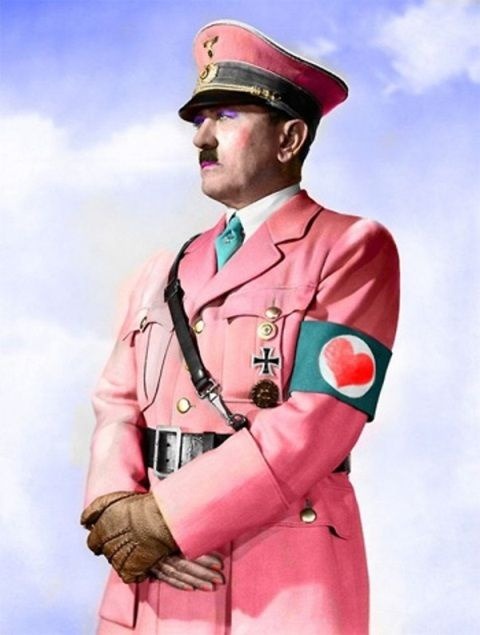 1 ) During WW2, the American Secret Service tried to put female hormones in Hitler’s food to make him more feminine

3 ) Hitler wanted to create a museum dedicated to the Jewish race after Germany won WWII. It was supposed to contain valuable objects which belonged to Jews. It would be named ‘Museum of an Extinct Race’.

4 ) In 1924, during which Hitler was in prison, he wrote a letter to a Mercedes dealership asking for a loan. He wanted to buy a Mercedes 11/40 model and promised to pay when he received royalties from his book, Mein Kampf. Also, he put some questions about the motor of the car. Nobody knows if his loan was accepted.

5 ) Hitler wasn’t the founder of Nazi Party (it was Anton Drexler). Hitler was the 55th member, but he insisted on his card of party to be written as the 555th member. With this thing he wanted to make the party look bigger.6 ) During 19th and 20th century, there were so-called human zoos, most commonly found in Europe and America. These were exhibitions of people from exotic countries like animals in a zoo. The first European leader who banned human zoos was Adolf Hitler.

8) Hitler was nominated for the Nobel Peace Prize in 19398 ) Hitler was a big admirer of Karl May’s opera. He read Karl May’s books when he was a child. Hitler became fascinated about the Wild West and dreamed for Germany to have a huge expansion in the East like America in the West.

9 ) In 1913, Vienna, you could meet with Tito, Trotsky, Stalin, Hitler, and Freud. All of them lived in Vienna in January 1913. They even frequented the same cafe, Cafe Central.

P.S. I’m really curious: what if a time traveler had told Freud about the presence of Stalin and Hitler and their future fate? He would have tried to meet them or to bring them together and to analyze how they would have interacted

How To Flaunt Your Curves

Do you like to design your nails? Check out the types and styles of it.