Asantehene Is The One Who ‘Buries’ The Anlo King When He Dies. Read. 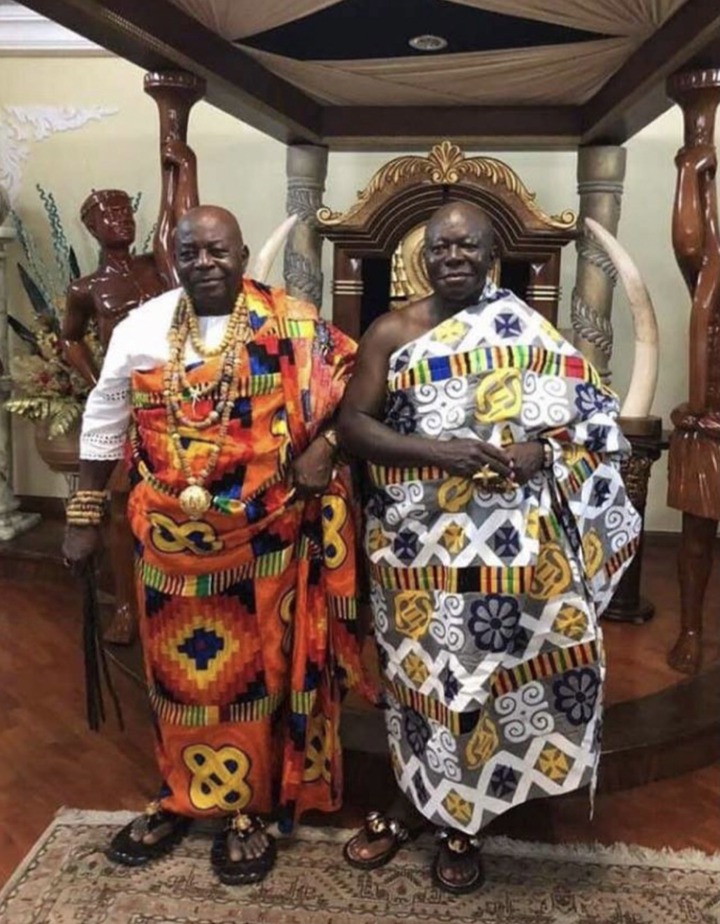 The Anlo (Awona in Twi language) Ewes are the closest allies of the Asantes, in addition to the Akwamus. Anlos and Asantes have never fought any major wars against each other in their history, either pre and or post colonization.

﻿A military alliance between the Anlos and Asantes dates back to mid 1750s in the 18th century. Historian Amenumey describes it as the "Adamfo relations”.

Anlos and Asantes assisted each other in times of war by opening diversionary war-fronts on their enemies.

The Anlos supplied the Asantes with large quantities of firearms and ammunition whenever trading ports to the Asantes were blocked. At times Anlo state sent emissaries to the courthouse of Asantehene to relate messages from the Awoamefia (Anlo King) and the War councils.

﻿A stool of honour, called ‘Akrobortu’, was created by one of the Asantehenes in appreciation for the role an emissary played as Linguist-Messenger-Emissary.

﻿The Anlo-Asante bond is perhaps the strongest phenomenon between the two ethnic groups. This is born because of the critical roles the Asantehene and the Awoamefia play in each other's burial and coronations.

﻿Traditionally, the Asantehene is the one who buries the Anlo Awoamefia as was the case when the late Awoamefia Adeladza II passed away in 1998. Because of the old friendship, the late Otumfuo Opuku Ware II, the 15th Asantehene, sent gold dust and other items for the burial and funeral rites of the late Torgbui Adeladza II also the 15th Awomefia (Anlo King) of Anlo in 1998.

In that same manner, whenever an Asantehene dies, the Awomefia is the first monarch outside Asante to be informed of the passing.

Even today, a royal Anlo Ewe can easily form part of the Asantehenes circle to perform rituals in the sacred stool house during Akwasidae or Odwira to the exclusion of 99.9% Asantes.

Asantehene Kofi Karikari subsequently presented a sword to Awadada Axorlu I, the military commander of Anlo to seal the alliance with Anlo, Asante and Akwamu.

The sword given by Asantehene Kofi Karikari to Awadada Axorlu I to seal the alliance is preserved till today and is among the regalia of the Kaklaku Stool of Anlo.

During the 1869-1872 War in which the Asantes and Akwamus invaded central Eweland (Eweduko), it was Awadada Axorlu I who joined the invasion because of the tripartite pact.

It is because of this strong bond and alliance that made the Anlo Ewes settle in Kumasi in large numbers and even have a particular place in the City named after them: "The Anloga Junction" or "The Awona Junction" in Twi language.

Togbe S.K Fuggah is currently chief of the Anloga community in Kumasi.

The question to ask now is, why is it perceived that there is a strong enmity between Asante and Anlo or Ewes in general?