This Man has Fulfilled His Part in Prez. Nana Addo's Promise to Build for God! He is an Expert!

By MrsCelestial | self meida writer
Published 17 days ago - 0 views

President Nana Akufo-Addo has said the construction of the National Cathedral is pivotal to the development of Ghana. He explained that the country’s comparative performance against neighbouring countries is mainly by the grace of God. Speaking at a groundbreaking ceremony for the construction of the cathedral on Thursday, March 5, 2020, the President said the Supreme Court ruling in favour of the construction goes to affirm his conviction about the project.

“Ghana has so far been spared civil war, famine and epidemic. We are certainly not better than the other nations in our neighbourhood who have been confronted with these challenges and I believe it is by the grace of God that we are being sustained. It will be an act of thanksgiving to the Almighty for his blessing, favour, grace and mercy on our nation.”

As plans are far advanced in its construction, lets get to know the master architecht, who designed H. E Nana Addo's National Cathedral!

Sir David Adjaye OBE is an award winning Ghanaian-British architect known to infuse his artistic sensibilities and ethos for community-driven projects. His ingenious use of materials, bespoke designs and visionary sensibilities have set him apart as one of the leading architects of his generation. In 2000, David founded his own practice, Adjaye Associates, which today operates globally, with studios in Accra, London, and New York taking on projects that span the globe. The firm’s work ranges from private houses, bespoke furniture collections, product design, exhibitions, and temporary pavilions to major arts centers, civic buildings, and master plans. His largest project to date, The National Museum of African American History & Culture in Washington, DC opened on the National Mall in Washington DC in 2016 and was named Cultural Event of the Year by The New York Times.

In 2017, Adjaye was knighted by Queen Elizabeth II and was recognized as one of the 100 most influential people of the year by TIME Magazine. Most recently, Adjaye was announced the winner of the 2021 RIBA Royal Gold Medal. Approved personally by Her Majesty the Queen, the Royal Gold Medal is considered one of the highest honors in British architecture for significant contribution to the field internationally. Sir Adjaye is also the recipient of the World Economic Forum’s 27th Annual Crystal Award, which recognizes his “leadership in serving communities, cities and the environment. 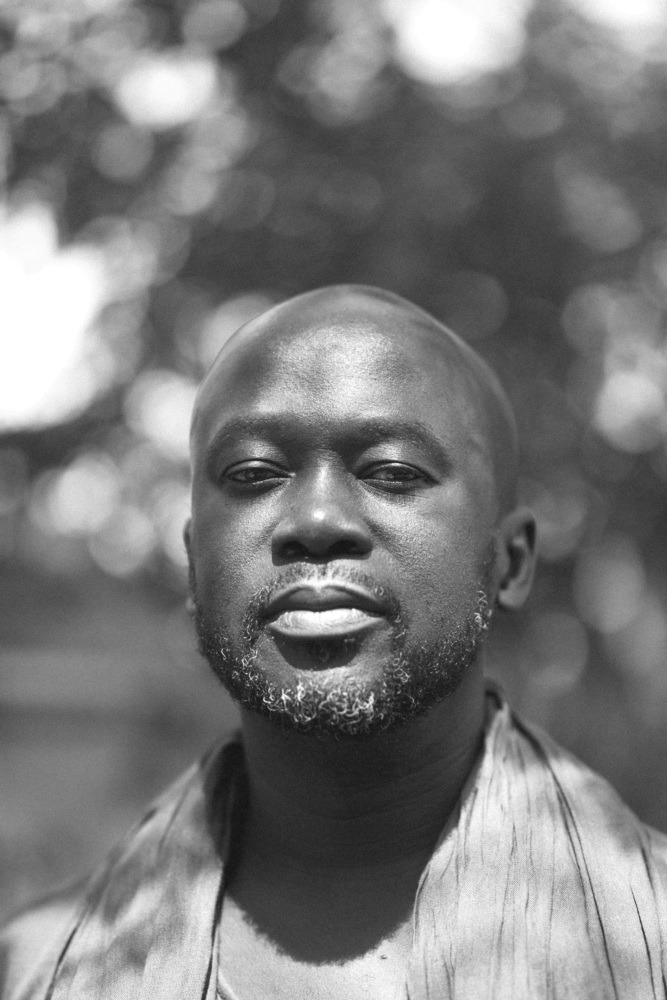 As a young boy born in 1966 in Dar es Salaam, Tanzania, Adjaye’s childhood saw stability in movement as his father Affram was a diplomat whose work took the family all over the world to places such as Kampala, Nairobi, Cairo, Beirut, Accra, and Jeddah. Adjaye was born into a vibrant era of hope where just previously Kwame Nkrumah had won the country independence from the British in 1957 and the spirit of emancipation was one that influenced the family’s mobilities. In his early adulthood, one of the many prolific projects that evolved out of David’s travels is the ‘Adjaye Africa Architecture: A Photographic Survey of Metropolitan Architecture’. The project took place over a ten year period documenting fifty-four major African cities and showcasing a concise urban history, fact file, maps and satellite imagery that come together in a rigorous analysis and reconceptualization of what African architecture is and can truly be.

A formative moment in Adjaye’s childhood was when he realized the inequities that his brother Emmanuel – who was partially paralyzed — faced when visiting his specialized school. Adjaye noted how inefficient, run-down and degrading the actual facility was. During his university education at South Bank he began to think about designing a facility that would provide better care for the handicapped, a moment he describes as changing everything. He came to the understanding that architecture should serve people and as a prevalent force within all our lives it too should take to the realm of egalitarianism. 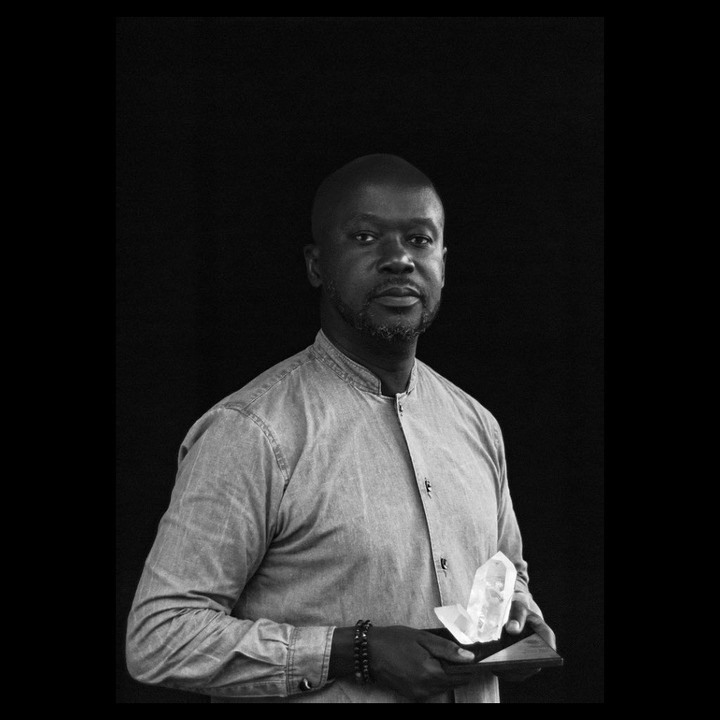 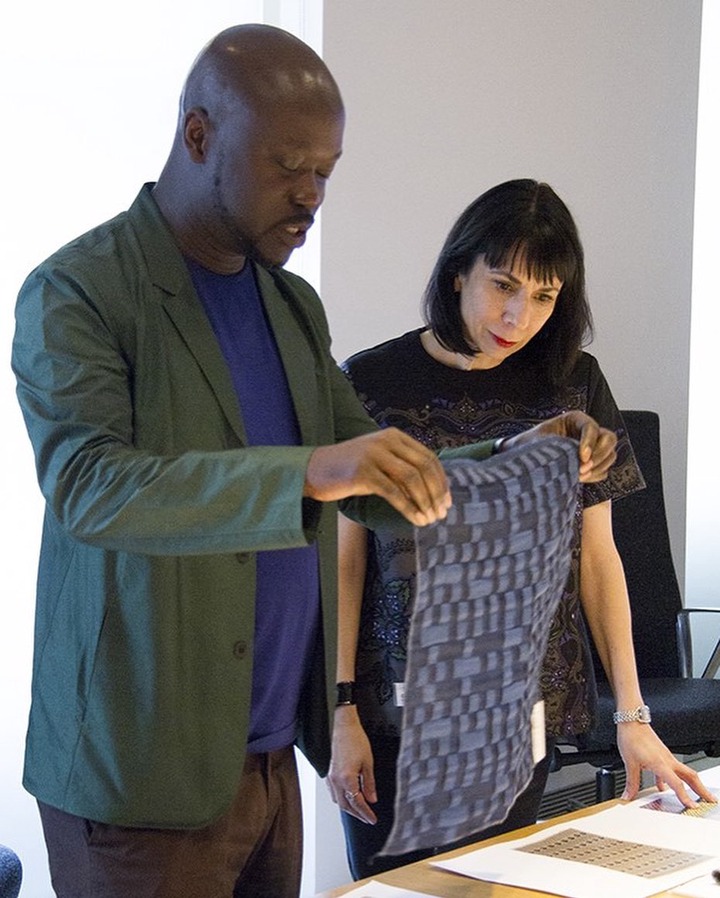 Before going to graduate school, Adjaye spent a few months working in studios in London and later left for Portugal where he met and studied with the prolific Eduardo Souto de Moura. At the time, Portugal had yet to be fully integrated into the EU and still held with it an artisanal charm that had craftsmanship and self-sufficiency akin to one another in a collective enchantment. It was here that Adjaye fed his creative drive of architecture with Eduardo guiding and exposing him to the essence of materials as it pertained to time, touch and value.

He continued this creative strand in his travels to Japan where he found the works of Toyo Ito, Tadao Ando, Kenzo Tange and Yoshio Taniguchi as well as Japanese Buddhism courses at the University of Kyoto where he lived which allowed him to further explore thinking and considerations of architecture outside of the European cannon.

Adjaye then returned to London to establish his practice. His firm’s early work largely involved private commissions for the design of artist studios and residences and quickly evolved into civic commissions beginning with the Ideas Stores, two public libraries in London. The Ideas Stores, which became precedents for redefining the role of the library in fostering social interactions, led to larger scale civic and cultural work such as Adjaye’s first project in the US, the Museum of Contemporary Art Denver which was completed in 2007. Nearly a year after its opening, Adjaye was commissioned to design the Smithsonian National Museum of African American History and Culture. Today the portfolio continues to evolve with major cultural and civic projects. 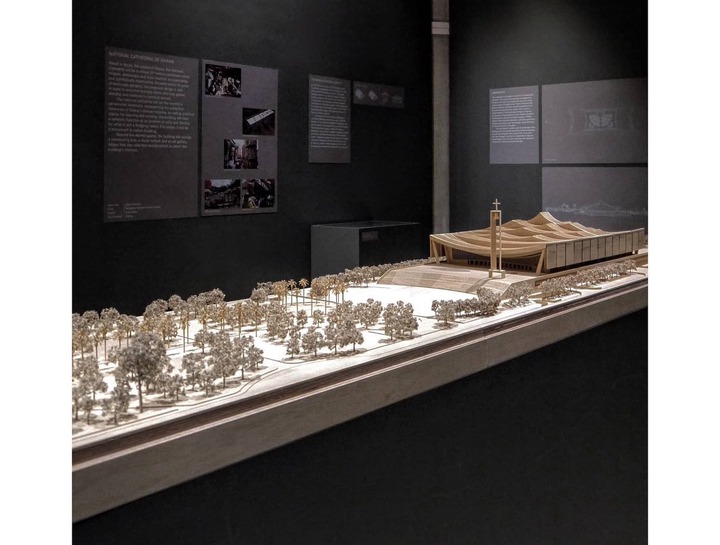 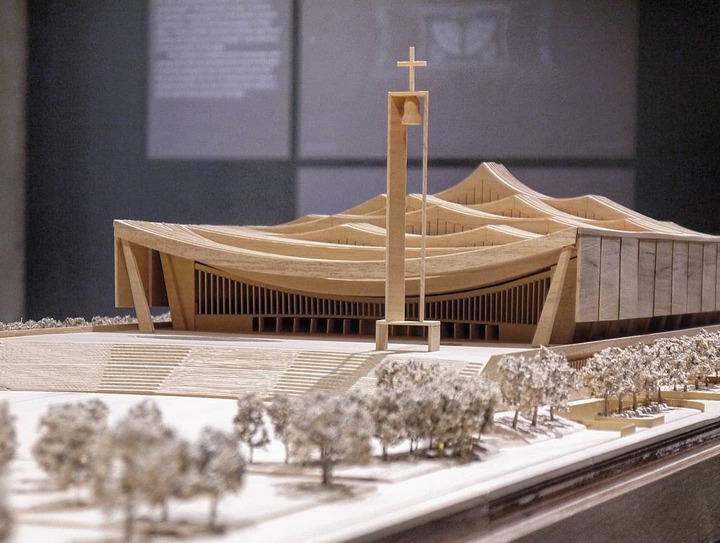 Ultimately, for Adjaye, architecture is “a social act” — it’s about constructing buildings that acknowledge and understand their histories, whilst creating something entirely new, in order to serve communities into their futures.

Almighty Ghana Nana Akufo-Addo Supreme Court
Opera News is a free to use platform and the views and opinions expressed herein are solely those of the author and do not represent, reflect or express the views of Opera News. Any/all written content and images displayed are provided by the blogger/author, appear herein as submitted by the blogger/author and are unedited by Opera News. Opera News does not consent to nor does it condone the posting of any content that violates the rights (including the copyrights) of any third party, nor content that may malign, inter alia, any religion, ethnic group, organization, gender, company, or individual. Opera News furthermore does not condone the use of our platform for the purposes encouraging/endorsing hate speech, violation of human rights and/or utterances of a defamatory nature. If the content contained herein violates any of your rights, including those of copyright, and/or violates any the above mentioned factors, you are requested to immediately notify us using via the following email address operanews-external(at)opera.com and/or report the article using the available reporting functionality built into our Platform

Salinko is Just Bitter and Jealous of Kwaku Manu. He Doesn't Deserve Our Attention [Opinion] 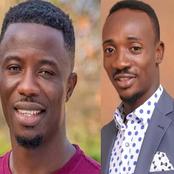 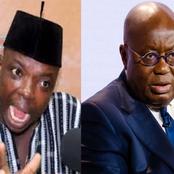 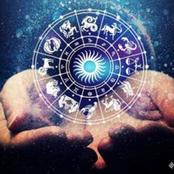 Opinion : Lil Wayne Is Not Getting Any Older, He Is Rotting. 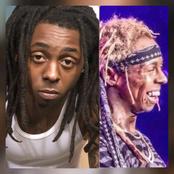 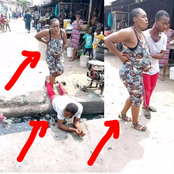 "You Sleep With Your Daughter Yet Boldly Condemn LGBTQ" - Professor Gyampo Admonishes. 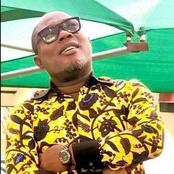 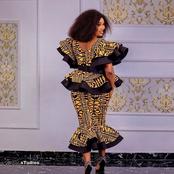 Here's A List of Ghanaian Personalities Who Have Taken Their Covid-19 Shots So Far. 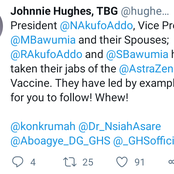 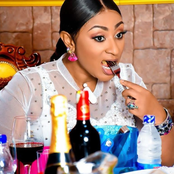 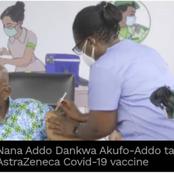