How many languages ​​are there in the world? Have you ever asked yourself this question, read the article below to get the answer.

How many languages ​​are there in the world? 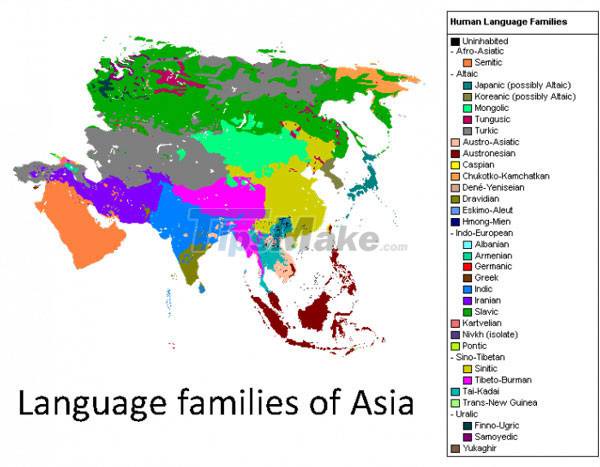 Based on the origin, one can divide the world's languages ​​into five main groups:

The places with the most languages ​​are Asia, Africa, and the Pacific. However, the most commonly spoken languages ​​in the world come from Europe or Asia. This is due to the large population of some regions, such as China, the United States, etc. In addition, the colonial expansion in the previous centuries is also the reason why some languages ​​have become popular globally.

Accounting for 18.5% of the world's languages, Pacific languages ​​are spoken very little, with only 1,000 speakers on average.

Languages ​​in the world are not evenly distributed. There are some countries with hundreds of languages, for example, Papua New Guinea has 841 languages, Indonesia has 710 languages, Nigeria has 526 languages, India has 455 languages.

The most spoken languages ​​in the world are Chinese, English, Hindi, Spanish, Russian, Arabic.