By Rexbank (self media writer) | 18 days ago

There are several researches that showed that, civilization in the world started in Africa or from the black community. Well, there are no two ways about it. 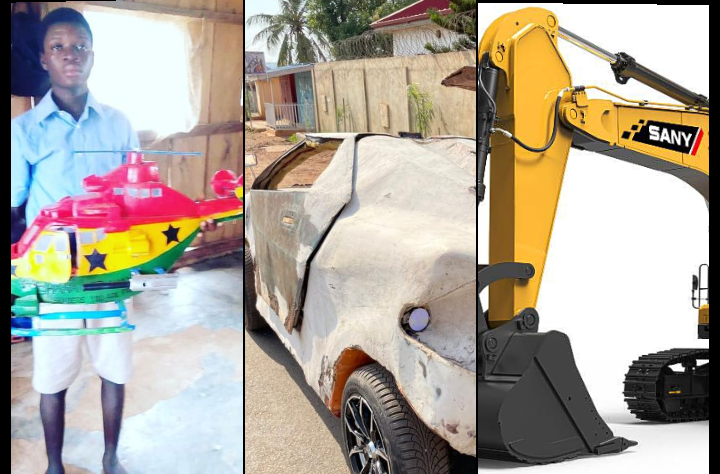 There are several instances that showed that, Ghanaian youth have talents and below are just five of them.

A 13 year old boy builds a solar panel from scraps. The purpose of this invention is to help charge the phones of his parents. According to reports, he had already made two for his family in the village to help them charge their phones. This was in 2018. 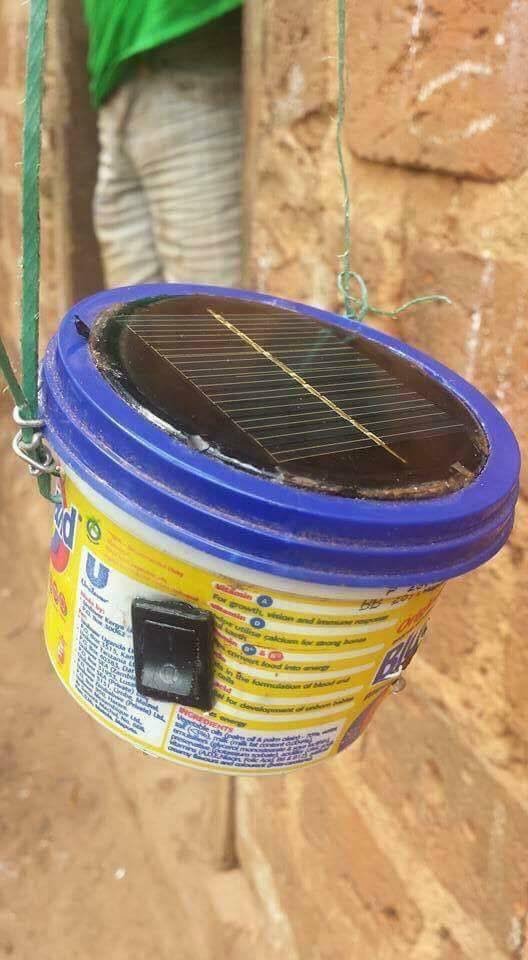 Kelvin Odartei Cruickshank surprised Ghanaians in 2020 as he builds a car from scraps. He is from Accra in the greater Accra region. He made his own car from scraps. According to the parents, their son was born an engineer as it was even declared. He collects scrap metal containers, pipes, discarded machinery and pretty much anything he could get his hands on, Kelvin began to build his car, starting with a scrap. He is just 18 years old. 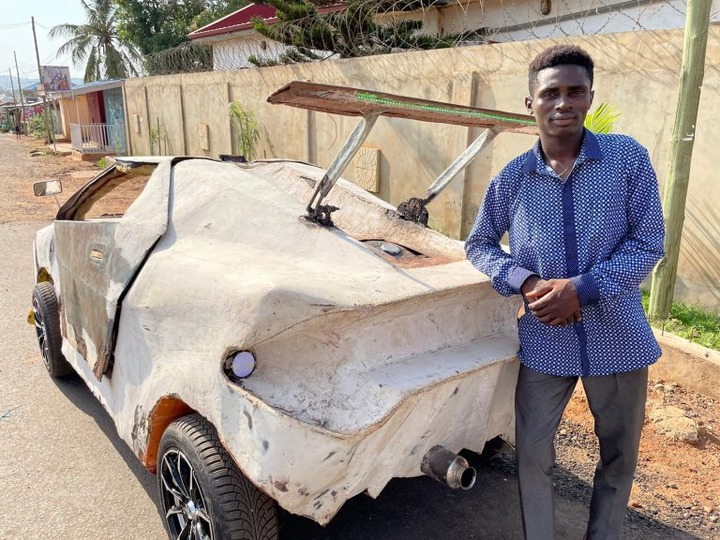 Gabriel hails from Kwahu Affram Plains North District of the Eastern Region of Ghana. He was a student at Kwahu Presbyterian JHS. In 2018 when he showed his talent to the world. He built a helicopter from scraps. He coloured the helicopter with the colours of Ghana. According to reports, he has several inventions which include, a phone charger and a ceiling fan. This is pure talents. 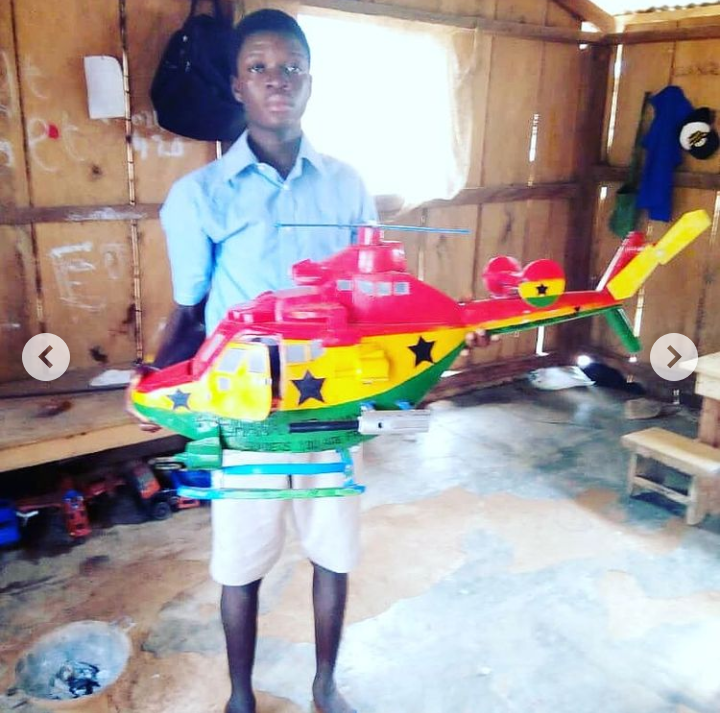 #2. Bicycle that can ride on water

A Ghanaian man by name Frank Darko created a bicycle which can ride on water. This news was all over the country in 2018. Frank Darko resides in Takoradi in the Western Region. Frank was a final year student at the Takoradi Technical University as at 2018 offering Graphic Design. The motive behind this invention was to help students who normally have to swim before getting to school in some parts of the country. 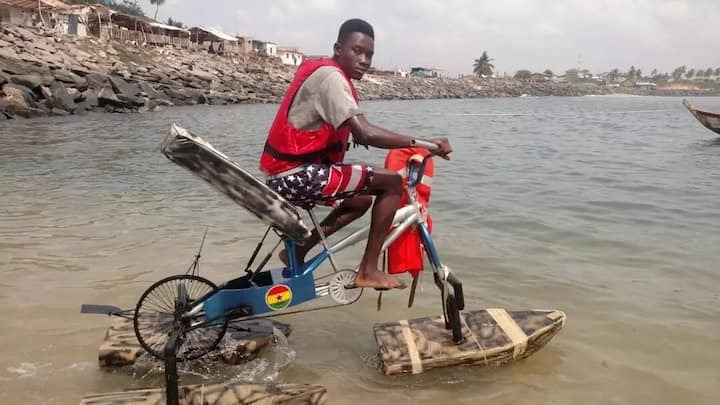 A young man by name Essifie Abraham who is has recently built an excavator from rubber tubes and cardboards.

It however operates using water. Water is being pumped into the machine to make it operate. The pressure from the water when pumped in to the excavator makes it work perfectly. This is currently making waves in the country. 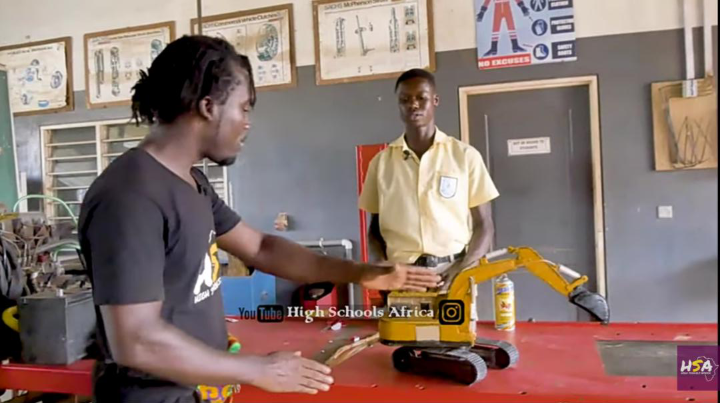 It is clear now that, Ghanaians do have a lot of gifts and talents for creativity. However, the educational institutions in Ghana do not help to bring them out.