Meet The Woman Who Tattooed Herself From Head To Toe

By CyraxPen (self meida writer) | 28 days

Julia Nuno, a tattoo-obsessed 32-year-old woman, has tattoos all over her body.

As per the Daily Star UK, the woman has spent nearly £20,000 on multiple tattoos covering almost every part of her body. 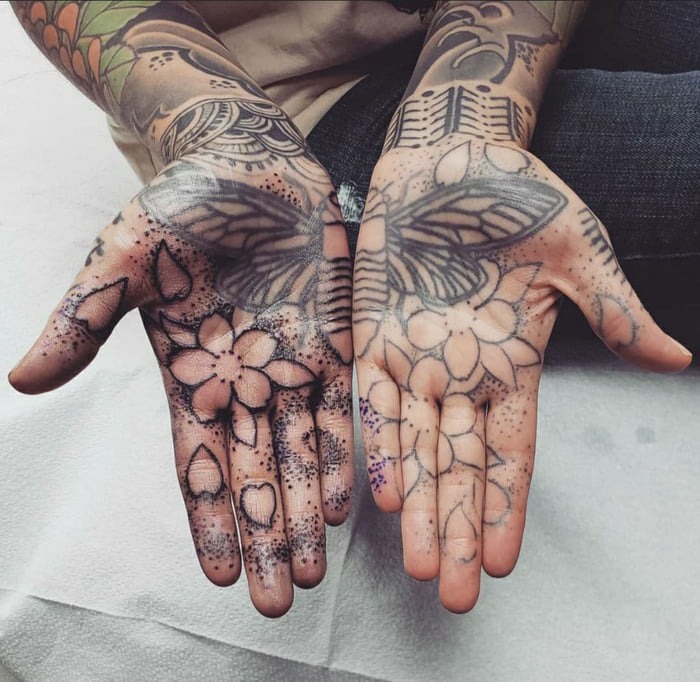 When Julia Nuno was 18, she received her first piece of permanent body art.

She's spent a total of 234 hours getting a full body suit over the past three years.

So far, the Californian residential caretaker has spent £19,530, covering every inch of her skin from the soles of her feet to the top of her head. 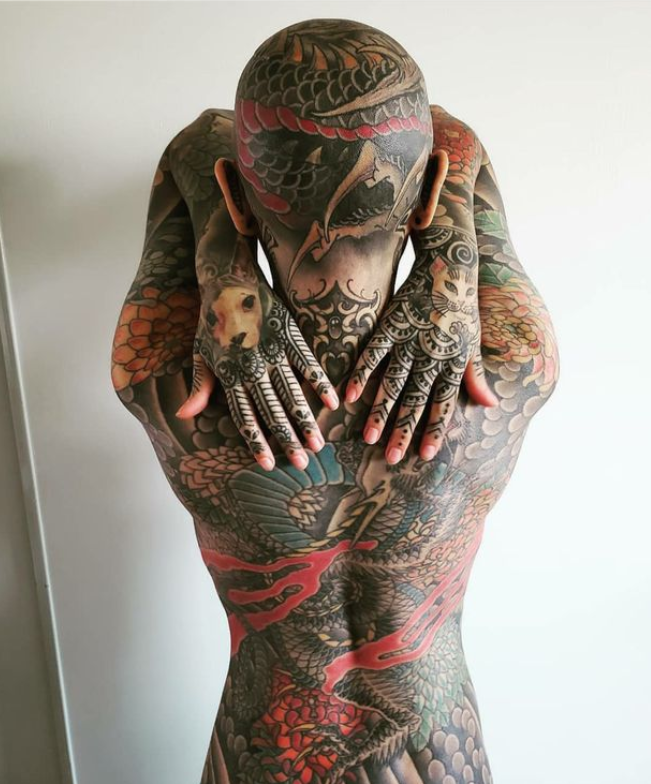 Julia had her genital region tattooed in Texas earlier this month, despite her family's fears.

She also wants to have abstract flowers tattooed on her forehead, which is the last remaining blank canvas. 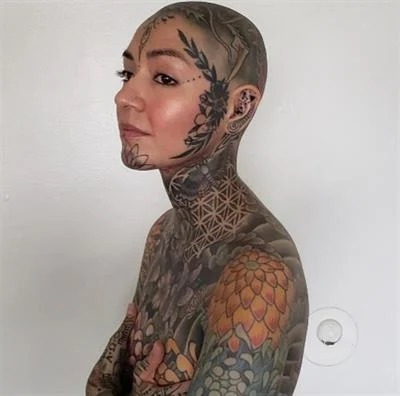 Julia expressed herself as follows: "It took me a long time because I began having tattoos as soon as I was old enough.

"It took me a while to start collecting them; it's only been a few months.

"Collecting them came gradually for me; it's only in the last few years that I've been moving on a regular basis." 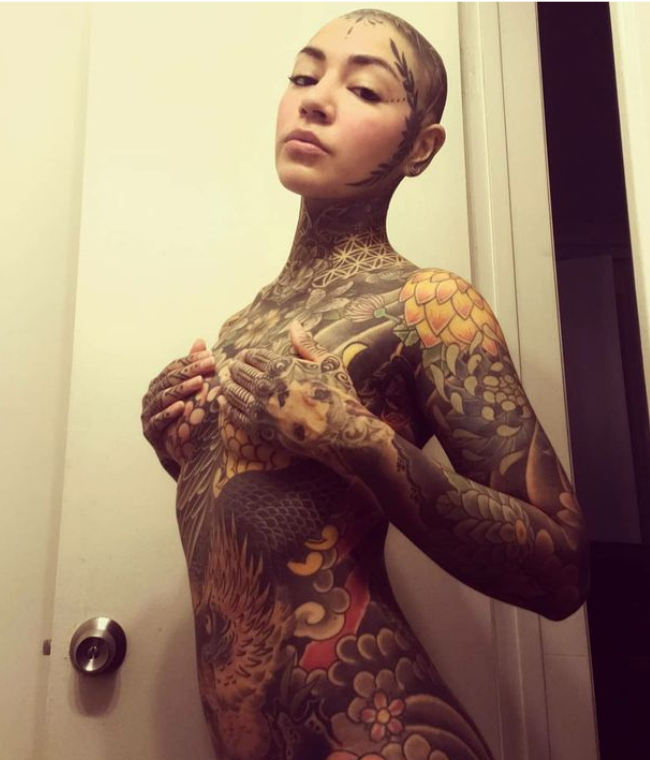 "It all began with a hibiscus flower on my chest, but it just grew from there...

"I had no intention of collecting or purchasing a suit at the time, but somewhere down the line I just wanted to go all out." I'm unable to quit now.

Julia has spent three hours every two weeks in tattoo parlors for the past three years, adding to her set.

But the ink aficionado admits that it's the sessions and the process of getting the job completed that keep her coming back, adding that she typically lets the artist choose the template. 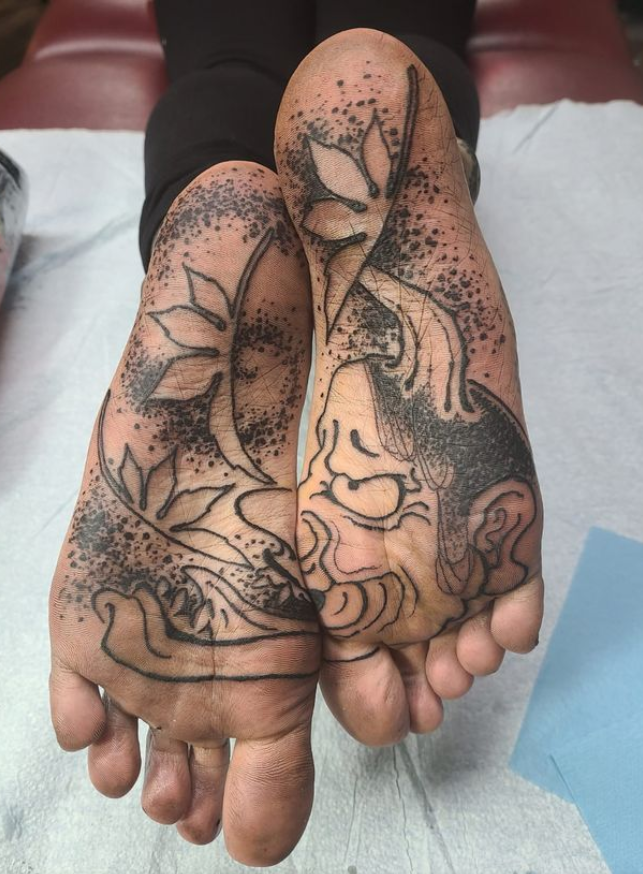 "I told myself and other people for a long time that I would never shave my head and have it tattooed," she explained.

"However, when I ran out of room on my body, I moved on to the next obvious part."

"It seems to me that the more tattoos I have, the more frustrating it is to see blank space."

"When I'm finished, I'm going to go back over my old suit and restore the colors and lines."

"I'm addicted to the sessions; the art is cool, but it's the actual tattooing sessions that I'm addicted to." I frequently allow the artist who tattoos me to choose the design.

"I have ideas about what I'd like to buy, but he normally decides."

Despite her family's fears that she is going too far, Julia insists she must proceed and expects to cover her face later this year.

Although some people have been turned off by her tattoos, others have been enthralled by them, and strangers have approached her in the street to touch her skin.

"The people I work with are really welcoming and look beyond it," she said, "but I believe some of my family members have issues with how many tattoos I have."

6 Times Ghanaian Nurses Were Caught On Camera Risking Their Lives To Save Lives. (Pictures)

He Was Born In 1919: Throwback Pictures As Chief Imam Turns 102 years

Its Shame For People Who Campaigned For Akuapem Poloo To Be Free Didn't Raise GHC80,000 For Her Bail