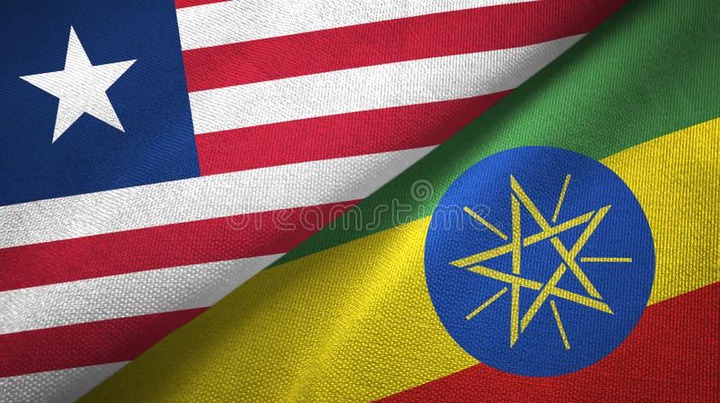 The process of colonization is the discovery, conquest, and settlement of one political body over another. It is an ancient art, practiced by the Bronze and Iron Age Assyrian, Persian, Greek, and Roman empires, not to mention the post-colonial empires of the United States, Australia, New Zealand, and Canada.

But the most extensive, most studied, and arguably the most damaging of the colonial actions is what scholars refer to as the Western Colonization, the efforts of the maritime European nations of Portugal, Spain, the Dutch Republic, France, England, and eventually Germany, Italy, and Belgium, to conquer the rest of the world. That began in the late 15th century, and by World War II, two-fifths of the world's land area and one-third of its population were in colonies; another third of the world's territory had been colonized but were now independent nations. And, many of those independent nations were made up primarily of the descendants of the colonizers, so the effects of Western colonization were never truly reversed.

There are two countries in Africa considered by some scholars to never have been colonized: Ethiopia and Liberia. The truth, however, is that brief periods of varying levels of foreign control during their early histories have left the question of whether Liberia and Ethiopia truly remained fully independent a subject of debate.

Ethiopia was officially recognized as an independent state in 1896, after decisively defeating invading Italian forces at the Battle of Adwa. During its brief military occupation during World War II, Italy never established colonial control over Ethiopia.Despite being founded by the United States in 1821 as a place to send its free Black residents, Liberia was never colonized after gaining its full independence in 1847.

Between 1890 and 1914, the so-called “scramble for Africa” resulted in the rapid colonization of most of the African continent by European powers. By 1914, around 90% of Africa was under European control. However, because of their locations, economies, and political status, Ethiopia and Liberia avoided colonization.

There are a handful of countries that were not subsumed by the juggernaut of Western colonization, including Turkey, Iran, China, and Japan. In addition, the countries with longer histories or higher levels of development before 1500 tend to have been colonized later, or not at all. Characteristics that drove whether or not a country was colonized by the West appear to be how difficult it is to reach them, the relative navigation distance from northwestern Europe, and the lack of a safe overland passage to landlocked countries. In Africa, those countries arguably included Liberia and Ethiopia.

Considering it essential to the success of their economies, the imperialistic European nations avoided the outright colonization of Liberia and Ethiopia,the only two African countries they considered viable players in the trade-based world economy. However, in return for their apparent “independence,” Liberia and Ethiopia were forced to give up territory, agree to differing degrees of European economic control, and become participants in European spheres of influence.

Ethiopia, formerly Abyssinia, is one of the world’s oldest countries. Dating to around 400 BCE, the region is documented in the in the King James Version of the Bible as the Kingdom of Axum. Along with Rome, Persia, and China, Axum was considered one of the four great powers of the era. Throughout the millennia of its history, the willingness of the country’s people—from farmers to kings—to come together as one, coupled with its geographic isolation and economic prosperity, helped Ethiopia score decisive victories against a series of global colonialist forces.

Ethiopia is considered never colonized by some scholars, despite Italy's occupation from 1936–1941 because it did not result in a lasting colonial administration.

Seeking to expand its already considerable colonial empire in Africa, Italy invaded Ethiopia in 1895. In the ensuing First Italo-Ethiopian War (1895-1896), Ethiopian troops won a crushing victory over Italian forces at the Battle of Adwa on March 1, 1896. On October 23, 1896, Italy agreed to the Treaty of Addis Ababa, ending the war and recognizing Ethiopia as an independent state.On Oct. 3, 1935, Italian dictator Benito Mussolini, hoping to rebuild his nation’s prestige lost in the Battle of Adwa, ordered a second invasion of Ethiopia. On May 9, 1936, Italy succeeded in annexing Ethiopia. On June 1 of that year, the country was merged with Eritrea and Italian Somalia to form Africa Orientale Italiana (AOI or Italian East Africa).

Ethiopian Emperor Haile Selassie made an impassioned appeal for assistance in removing the Italians and re-establishing independence to the League of Nations on June 30, 1936, gaining support from the U.S. and Russia. But many League of Nations members, including Britain and France, recognized Italian colonization.

It was not until May 5, 1941, when Selassie was restored to the Ethiopian throne, that independence was regained. 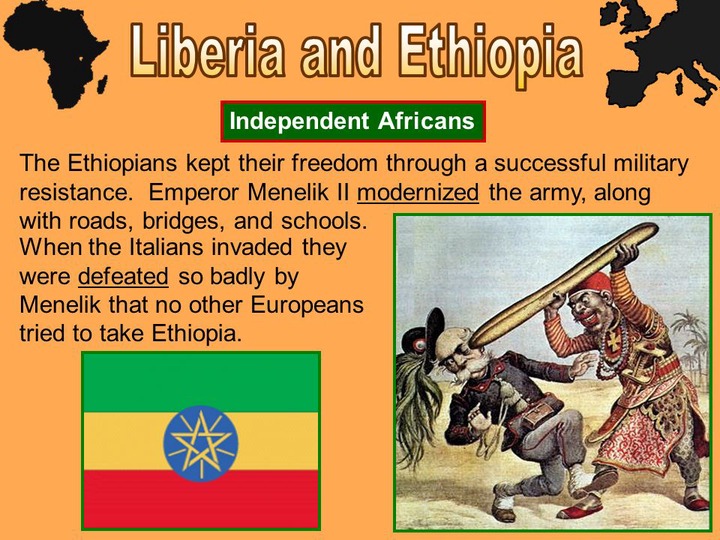 Liberia was founded by Americans in 1821 and remained under their control for just over 17 years before partial independence was achieved through the declaration of a commonwealth on April 4, 1839. True independence was declared eight years later on July 26, 1847. From the middle 1400s through the late 17th century Portuguese, Dutch, and British traders had maintained lucrative trading posts in the region that became known as the “Grain Coast” because of its abundance of melegueta pepper grains.