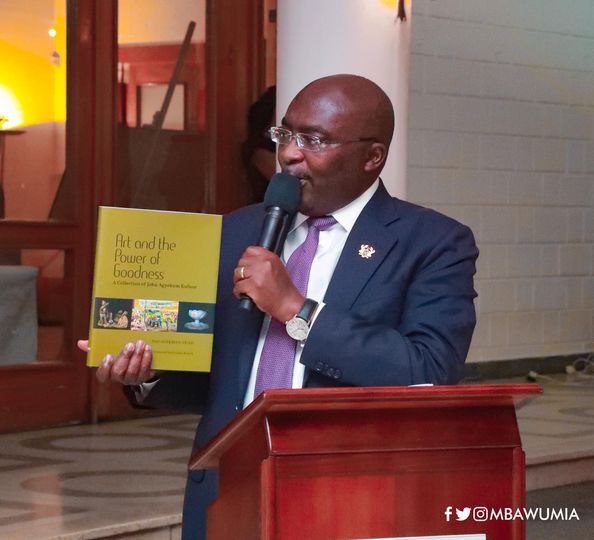 According to him, a renowned historian known as Ivor Agyeman-Dual has written about Ghana's second President of the Fourth Republic, John Agyekum Kufuor. Dr. Bawumia said that this book contains essays on seventy selected artworks of former President John Agyekum Kufuor, which have universal human values of family life and belief, ancient trade relations, and patterns of contemporary geopolitics. 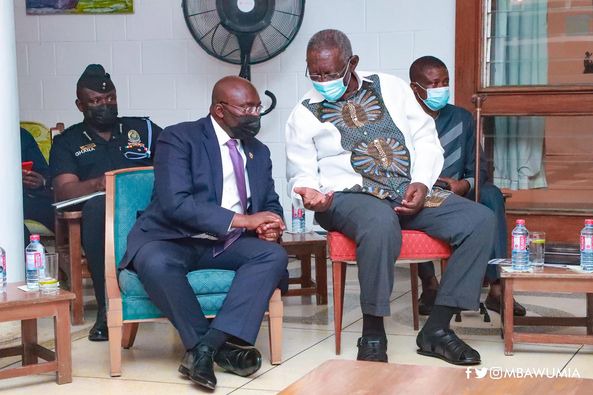 Dr. Mahamudu Bawumia added that this book was launched at the residence of the French Ambassador to Ghana. The book is titled "Art and the Power of Goodness". Most Ghanaians after coming across this great news asked the Vice President whether they can get some of these books to read at the libraries since this book is about the greatest President of Ghana.

Others also said that they would love Ex-President John Agyekum Kufuor to write a book himself and educate the young generation about how he became successful in his political career and service to the nation. President John Agyekum Kufuor had a smooth term in his governance as he won the President's seat two in a roll, thus 2000 and 2004 respectively. 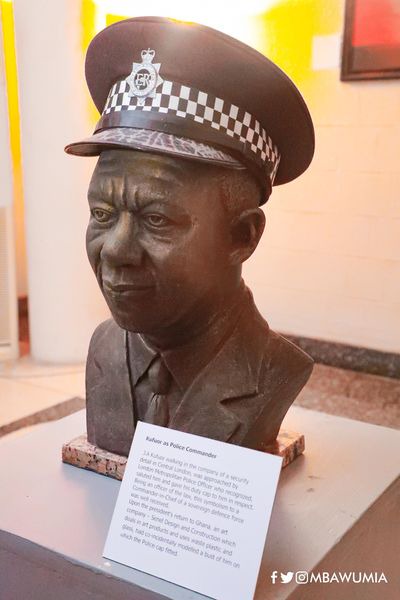 Looking at the picture above, a nice statue was also created to honour the former President. The Vice President and former Stateman were captured having a good time together at the event. Check out the reactions from some Ghanaians below:

A Facebook user known as Janet Benneh reacted that "I hope it will be in our school library for students to read". 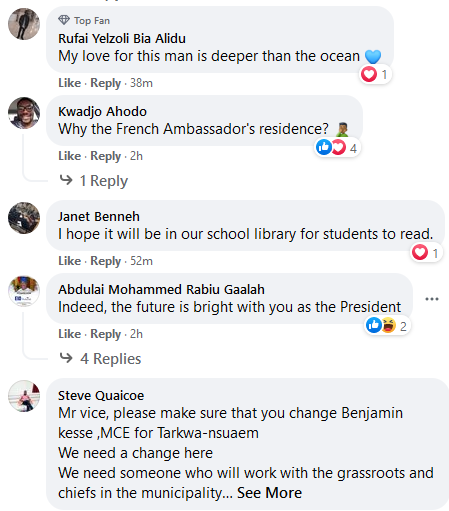 Another Facebook user known as Baba Yakubu reacted that "I think President Kufour should author a book by himself. Will love to read a memoir of his tenure as president and president Akuffo Addo as well". 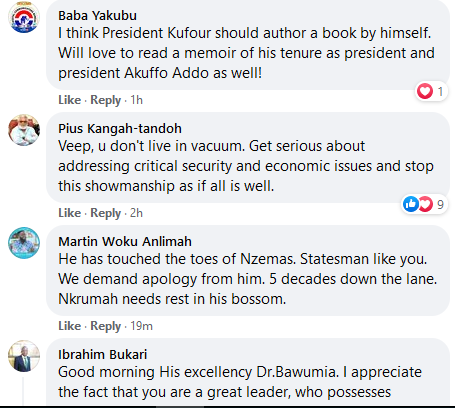 You Are Technically Not Part Of Us: Osei Kyei Mensah Bonsu Tells speaker of Parliament.