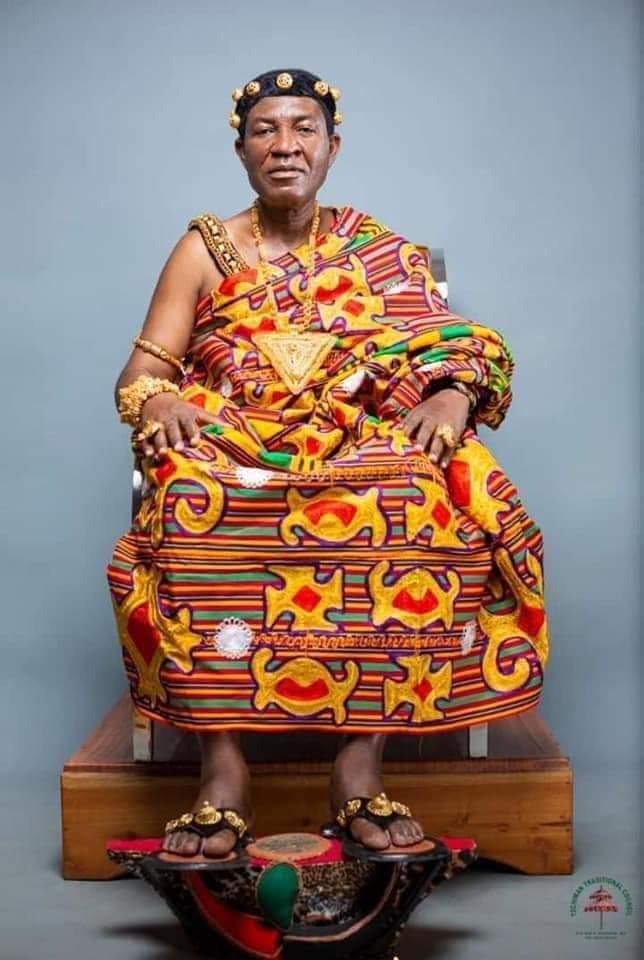 Techiman royals have expressed disappointment on the amount of false history of the Akan tribe on social media.

It is very sad how history is being distorted by some group of Ashantis and some lawyers on social media for reasons best known to them. It is an undeniable fact that Bono Techiman was the first centralized Akan state to be founded in the 13th century (1295) by Nana Asaaman with the capital at Amowi, then Yefri and again Bono Manso and finally Techiman. Refer to any history book on the ‘’Rise of Akan Kingdoms (Topic in West African History – Adu Boahen, The Akans of Ghana, Their customs, history and institutions – K Nkansa Kyeremateng etc).

Obiri Yeboah Chief of Kwaman a vassal state of Denkyira who embarked upon wars of expansion in his neighbourhood was killed in the 1690’s in a war against Dormaa who were then occupying the region of Suntreso.

His nephew Osei Tutu who succeeded him to continue his mission defeated his overlord Denkyira between 1699 and 1701 to form the Ashanti Kingdom. This victory over Denkyira brought Asante dramatically to the attention of the Europeans on the Coast for the first time and the Dutch dispatching an embassy to the Asantehene’s court in 1701. So how do you say the leader of a state formed in 1701 is the senior brother of a state formed in 1295. Four hundred and six good years (406 years) in existence before the formation of the other. Common sense even tells us that a person born before you is senior to you.

Bono Techiman state appeared on the Dutch map around 1629 just a few years after Kobea Amanfi has purchased the Kwaman land (now Kumasi) from Aberewa Yeebetuo who owned that area to establish the Kwaman Town, with Tafo, Amakom, Offinso, Dormaa etc already in existence. Techiman existed with Tuobodom and all those villages over 400 years before Kwaman and the formation of the Ashanti Kingdom.

Those peddling falsehood on social media platforms should go back and learn the Ashanti history (written by Ashantis and not Bonos) very well before writing things of such kind for the public to read. The earliest Akan group which got established in the Coastal areas before the founding of the Ashanti Kingdom namely, Fante, Eguafo, Etsi, Afutu, Osu Alata etc claim association with Bono Techiman Kingdom, how then can the Techimanhene be the Junior brother of the Asantehene if we know our culture and traditions very well.

How on earth can someone write that a village which has existed with Techiman and practised all the customs of Techiman like the Monowukuo Festival (Ashantis observing Akwasidae, the Sunday after Monowukuo after learning from their seniors), Yam Festival and the Apoo festival had all been under Asante, while Kumasi celebrates Akwasidae and Odwira.