By maywedar (self meida writer) | 15 days

Basters (also known as Baasters, Rehobothers or Rehoboth Basters) are a Namibian ethnic group descended from European settlers and indigenous African women from the Dutch Cape Colony. Since the second half of the 19th century, they have lived in central Namibia, in and around the town of Rehoboth. In ancestral history, they are similar to the groups classified as Coloured or Griqua people in South Africa. 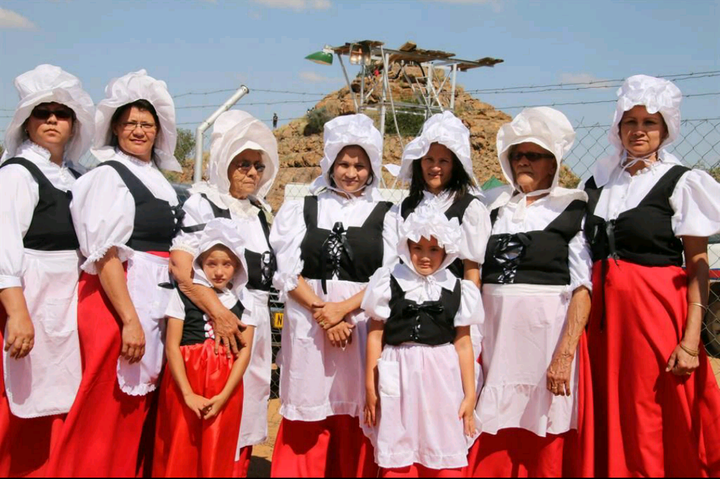 The name Baster is derived from bastaard, the Dutch word for "bastard" (or "crossbreed"). While some people consider this term demeaning, the Basters use it as a "proud name", claiming their ancestry and history, treating it as a cultural category in spite of the negative connotation.

The Community of the Rehoboth Basters numbers some 35,000 people, living in an area of 14.216 square kilometres south of Windhoek, the capital of Namibia. They settled in their lands in the early 1870's. They developed their own legislation, years before the Germans installed their colonial rule over Namibia in 1885 and as such they constitute an indigenous people in present-day Namibia. The first Baster communities emerged between the Cape Colony's northwestern frontier and the lower course of the Orange River at the end of the eighteenth century. In the beginning of the nineteenth century, missionary organizations, such as the "London Missionary Society" and the "Rheinische Missionsgesellschaft" established congregations in the territory of the Basters and supported the local communities (gemeentes) in developing written forms of regulations that were already in custom for a long period. The Basters were mainly persons of mixed-race descent who at one time would have been absorbed in the white community.

Content created and supplied by: maywedar (via Opera News )