By Salience (self media writer) | 1 year ago

After 66 years, an octogenarian with the world's longest fingernails, reaching over 9 meters, has finally chopped them. 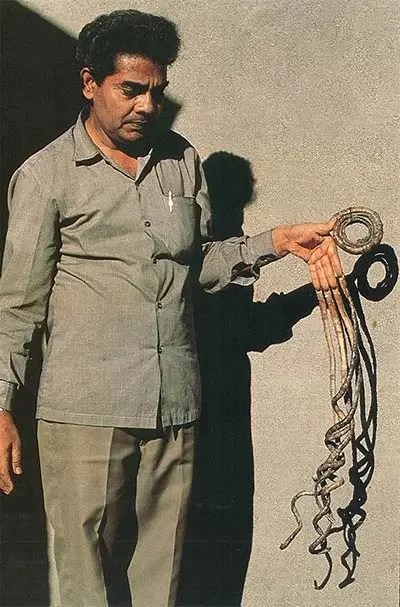 Shridhar Chillal, a retiree also with the world's longest fingernails extending more than 9 meters, got his coiled extremities clipped after sixty-six years during an event that took place In New York.

Guinness World Records posted a video showing Chillal having his nails clipped with an industrialized blade rather than a normal trimmer. Shridhar Chillal (Longest fingernails on a single hand - ever) is finally having his nails trimmed at the age of 82, after growing them for 66 years. Chillal had asked for his chopped nails to be preserved in a museum, and the Ripley's Believe It or Not exhibit in Times Square agreed. 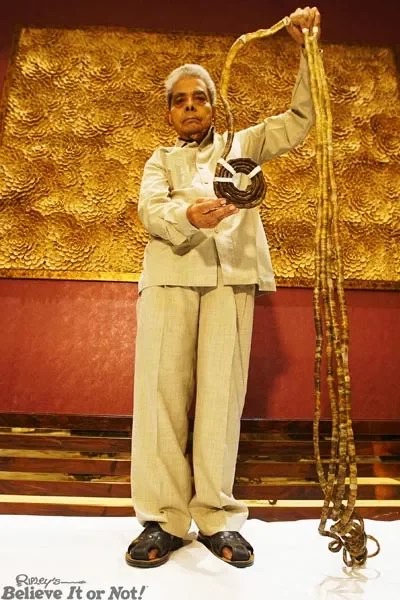 Chillal was flown from Pune to New York to have his nails clipped and preserved at the museum. Chillal's nails will be clipped at a "nail clipping ceremony" at the museum today.

The total length of the nails is believed to be 909.6 cm (9.1 metres). Chillal's thumbnail is his longest single nail, measuring 197.8 millimetres. When he was beaten up by his school teacher for breaking the instructor's long nail, he resolved to lengthen his nails.

Chillal, 82, hasn't trimmed his left hand's fingernails since 1952 and possesses the world's longest fingernails. In an emotional farewell, the Guinness World Record holder has finally bid goodbye to his nails.

Content created and supplied by: Salience (via Opera News )

Believe It or Not Chillal New York Pune Shridhar Chillal