Why Hawaii has the best rainbows, ancient carpet still dazzles thanks to fermented wool

By album (self media writer) | 1 year ago

Why Hawaii has the best rainbows, ancient carpet still dazzles thanks to fermented wool For several years, Physics World headquarters had large windows with a northern exposure, and that coupled with showery weather in Bristol meant that we often saw spectacular rainbows. It turns out, however, that Hawaii not Bristol is the best place in the world to view rainbows – at least according to Steven Businger of (you guessed it) the University of Hawaii.

Indeed, rainbows are so plentiful in the US state that the Hawaiian language has many different words for rainbow related phenomena. According to Businger, “There are words for Earth-clinging rainbows (uakoko), standing rainbow shafts (kāhili), barely visible rainbows (punakea), and moonbows (ānuenue kau pō), among others”.

Hawaii has lots of rain showers punctuated by sunshine and Businger points out three factors that make this happen. Hawaii’s mountains create showers, as do the combination of warm sea surfaces and cold air in the morning. Later in the day, the hot sun drives convection related precipitation. He also says that the relatively clean air of Hawaii makes its rainbows appear crisp and clear.

Businger sets out the case for Hawaii’s pre-eminence in “The secrets of the best rainbows on Earth”.

Staying on the subject of brilliant colours, The Pazyryk carpet is the oldest known knotted-pile carpet in the world, dating back to 400 BCE when it is believed to have been made in central Asia. Now in the State Hermitage Museum in Saint Petersburg, Russia, the carpet’s still-brilliant colours have long puzzled textile experts – particularly because the carpet lay buried in extreme conditions for 2500 years.

Now, researchers at FAU University in Germany have used high-resolution X-ray fluorescence microscopy to conclude that the wool used to make the carpet was fermented before it was dyed. This process allowed more of the dye to penetrate deeper into the wool fibres, which prevented the colour fr 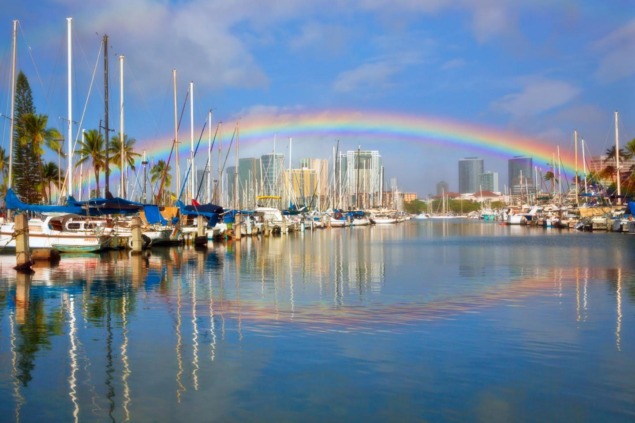 om fading. By fermenting and then dying some wool themselves, the team was able to confirm its hypothesis.

Content created and supplied by: album (via Opera News )