By kuulpup_thepromoter | self meida writer
Published 20 days ago - 181 views

Before you read this, I'll like you to know that this story is purely fictional and it's an ancient Greek Mythology. No part of this story is owned by the writer. Thank you

The myth of Danaides is the story of fifty women who committed horrible wrongdoing: Guided by their father, they all kill their

husbands on their wedding night! This great massacre was unbelievable, even for the bloody ancient Greek myths. It was a crime

that both men and gods would punish. Indeed, the Danaides were punished for this after their death with horrible and eternal torment.

The story of Danaides begins with the rivalry between the twin sons of Belus, the king of Egypt. Belus was believed to be a descendant of Lo, a princess of Argos who lived most of her life in Egypt. Belus had two

sons, Danaus and Aegyptus. When Belus died, he ordered Danaus king of Libya, and Aegyptus, king of Arabia. The two brothers had regular rivalries over their kingdoms and were trying each other to get the other's land.

The most interesting fact about these brothers is their progeny. The myth says that Danaus had fifty daughters, known as the

Danaides, from four different women, while Aegyptus had fifty sons. The intelligent Aegyptus wanted to get his sons married to the Danaides. For Aegyptus, these fifty

marriages appeared as an easy route to acquire the properties of Danaus. Danaus soon understood the plan of his brother and was not willing to surrender his beautiful

daughters to his nasty nephews. Guided by the gods and not intending to cause a war between them, he decided to give his kingdom

to his brother and leave the country in search of another life. Danaus built a ship with fifty oars and fled to Greece with his fifty daughters. 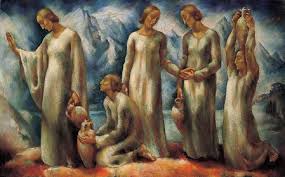 They first made a stop in Rhodes, where they founded Lindos town and built a temple to goddess Athena Lindia. Then, Danaus and

his daughters reached Argos, the birthplace of his great-grandmother, the Argan princess Io. The minute he stepped off the ship, he went

to Gelanoras, the king of the town, and demanded to be given the throne, for he was the rightful heir, as descendent of Io. When the people of Argos were about to choose

their king, a wolf entered the city and tore a bull into pieces. The people of Argos took this as a sign and chose Danaus as their king.

Danaus ruled Argos for many years and was leading a quiet life till one day a foreign ship came. His brother, Aegyptus, had sent his

fifty sons to find Danaus and try to take over his new kingdom. Soon the sons of Aegyptus presented themselves to the palace and asked once more to marry the Danaides. The climax of the story starts here. Danaus didn't

want that his beautiful and prosperous Argos suffer because of a war. Having no other option, he consented to the wedding and organized a low-profile wedding party. He made a secret plan to get rid of Aegyptus and

his sons for good. Before the wedding, he presented each of his daughters a dagger and instructed them to kill their husbands on their wedding night.

All his daughters had to obey their father because disobeying to your parents was great wrongdoing in the ancient world. They indeed killed their bridegrooms and buried their

heads in Lerma, a region with lakes in southern Argos. Only one of the girls, Hypermnestra, did not commit this horrible crime. She felt pity for her husband, Lynceus, and spared his life. Without a doubt, Danaus brought her in front of the Argos court.

However, Aphrodite, the goddess of love, intervened and saved her from punishment. Lynceus, the only survivor of the fifty sons of Aegyptus, later killed Danaus to revenge for his brothers and he and Hypermnestra started a new dynasty of Argive Kings, known as the Danaan Dynasty. 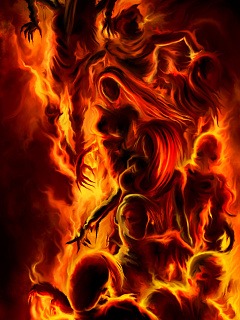 The story, however, does not stop here. The forty-nine brides who killed their husbands were punished for their crimes. The myth says

that, when they died, the Danaides were forced to torment for eternity. They were made to carry jugs of water and fill a basin. They would be released from this punishment,

only if the basin was full of water. However, this torture would never stop because the basin had holes all over it and water would run out.

Thanks for reading. Please follow our page for more interesting and entertaining gist and don't forget to leave your thoughts below as well.

Danaides Greek
Opera News is a free to use platform and the views and opinions expressed herein are solely those of the author and do not represent, reflect or express the views of Opera News. Any/all written content and images displayed are provided by the blogger/author, appear herein as submitted by the blogger/author and are unedited by Opera News. Opera News does not consent to nor does it condone the posting of any content that violates the rights (including the copyrights) of any third party, nor content that may malign, inter alia, any religion, ethnic group, organization, gender, company, or individual. Opera News furthermore does not condone the use of our platform for the purposes encouraging/endorsing hate speech, violation of human rights and/or utterances of a defamatory nature. If the content contained herein violates any of your rights, including those of copyright, and/or violates any the above mentioned factors, you are requested to immediately notify us using via the following email address operanews-external(at)opera.com and/or report the article using the available reporting functionality built into our Platform 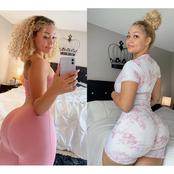 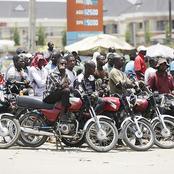 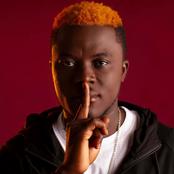 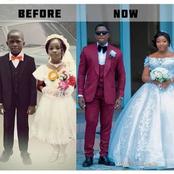 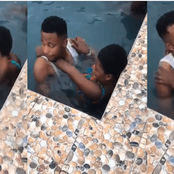 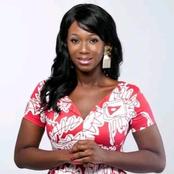 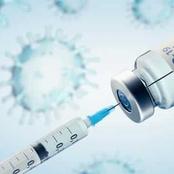 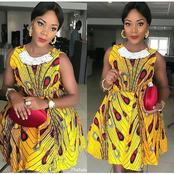 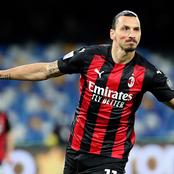 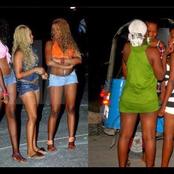