By Socialtrends (self media writer) | 10 months ago 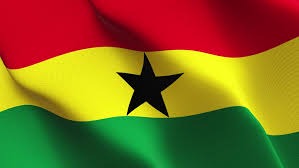 2. The country was named after the medieval empire of West Africa which initially was Wagadugu.

3. Some of the people found living in Ghana today are believed to have ancestors linked with medieval Ghana especially people from the Northern region.

4. Ghana before 1957 was commonly known as the Gold Coast due to the availability of gold along the rivers Ankobra and Volta.

5. The gold availability in the region created vested interests between the British, Portuguese resulting to rivalry in 1482.

6. After the World War II, educated Ghanaians thought it wise that they could seek independence of their country and liberate themselves from oppression.

7. The war veterans were prominent taking forward the struggle for liberation with the notion that colonization was a form of oppression. They began fighting it.

8. In the year 1945, during a meeting in Manchester attended by Kwame Nkrumah, serious concerns on independence were raised giving way to Pan-African consciousness.

10. Kwame Nkrumah became the first president of independent Ghana after they gained independence in 1957.

Content created and supplied by: Socialtrends (via Opera News )