By PhozNews (self meida writer) | 21 days 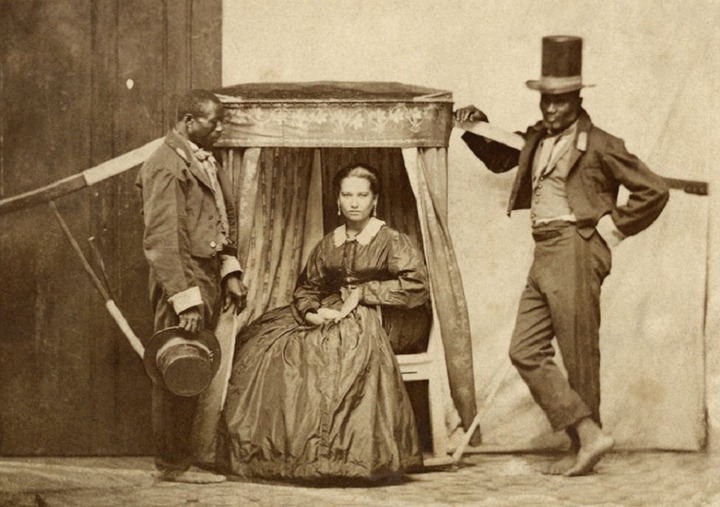 The moral, psychological, political, and economic ramifications of treating one human being as another's property in good faith are a complex set of issues that many people would prefer avoid discussing.

You can even sympathize with them because these debates are exhausting.

Apart from the near-universal condemnation of chattel slavery and its commerce, there are still some well-intentioned people who refuse to understand how slavery molded contemporary America.

Take, for example, the sexual connections between enslaved Africans and free whites.

I'm reminded of Sally Hemings. Some have attempted to portray Hemings' connection with Thomas Jefferson, the founding father, as a love one.

Despite the fact that Hemings was Jefferson's literal property, this is the case.

What may have started as an attempt to point to the silver linen in slavery – if there was any – ends up with these silver linen hunters forgetting the social essence of "property."

The ugliness of white slaveowners having sexual relations with enslaved black women is constantly whitewashed by a segment of our culture.

Whitewashing leads to societal amnesia about how young black women and girls have become persistent sexualized images in the minds of those in positions of power and influence.

Harriet Jacobs, a former slave, wrote Incidents in the Life of a Slave Girl in 1861 for posterity on the origins of the concept of the "whorish black lady."

White women, especially in the Antebellum South, were perceived as pure and virtuous in contrast to black women who were called whores.

Southern women, particularly those from the plantation class, were the culture's priceless pearls. They were supposed to be looked after by their men, according to popular belief at the time.

Their alleged purity was related to their sexuality, and their virtue to their capacity to uphold traditional Southern Christian ideals in their homes.

They also existed to humanize their men, a social process best summed up by Rev. William Hooper in an 1847 presentation to women at the Sedgwick Female Seminary in North Carolina:

“Leave men alone without the impact of female society and the softening influence of female modesty, kindness, and tenderness, and they will invariably become rough, harsh, coarse, quarrelsome, and merciless and persistent in their quarrels.” The globe would resemble a wild beast amphitheatre.”

A white Southern woman was expected to be prudent, modest, and restrained. These were supposed to compensate for their perceived intellectual limitations.

An enslaved black man may lose his life if detected in an intimate relationship with a white woman because she needed to be protected spatially and physically.

The fear of mortality, like human nature, never fully stopped some people from living dangerously. In this instance, the affair would most likely be started by a white lady who has little to lose if she is discovered.

An upper-class Southern wife found sleeping with an enslaved man faced the worst possible outcome: expulsion from her social group.

Why would they sleep with a man who was enslaved?

There are a plethora of hypotheses to choose from. Everything has been proposed, from Freudian reasons for satisfying carnal needs and curiosities to good old love and passion.

Whatever the circumstances, there have been documented reports of white women initiating relationships with their enslaved black men.

According to Martha Hodes' account, Captain Richard Hinton, a Union soldier in the Civil War, wrote:

“I've never seen a bright-looking colored man whose trust I've gained... who hasn't told me about being forced to have a relationship with them, either by his mistress or by white women of the same class?”

Jacobs also told the story of a plantation owner's daughter who became pregnant by sleeping with a slave:

“They are aware that their father's authority extends to the women slaves in all matters, and that in some situations, they exercise the same control over the males slaves. I've seen the master of such a home stooped down in humiliation since it was widely known in the community that his daughter had chosen one of his plantation's meanest slaves to be the father of his first grandchild. She didn't approach her peers or even her father's more intelligent servants with her advances. She chose the most brutalized, upon whom she could exert her power without danger of being exposed.”

These examples, however, do not account for the African man's deep-seated hostility to sexuality. Slavery in the Americas isn't the only answer to that question.

The European fascination in the physically of the African man dates back to the European Enlightenment's pseudoscience of the 15th century. Black bodies have historically been used for one of two purposes in their interactions with Europeans: to be criticized or to be exploited.

The fetishization of the black man's "strength" and "virility" is inexorably related to the malignancy of black bodies. He is brutish and, as a result, brawny yet lacking in intelligence.

It is for this reason that, in addition to performing menial work on the estate, slaves may be forced to fight for the pleasure of their masters. This historical fact was accurately depicted in the film Django Unchained.

As a result, such monsters were never seen with white ladies. As a result, we can understand the outrage that led to the lynchings of Emmett Till and Willie Howard in the post-slavery era.