Refugees to be trained as tour guides at Oxford University museums after £1m gift from Saudi.

By PencilJay09 (self media writer) | 8 months ago

Funding from Alwaleed Philanthropies will support "Multaka" ,project working with 200 refugees and asylum seekers over the next five years 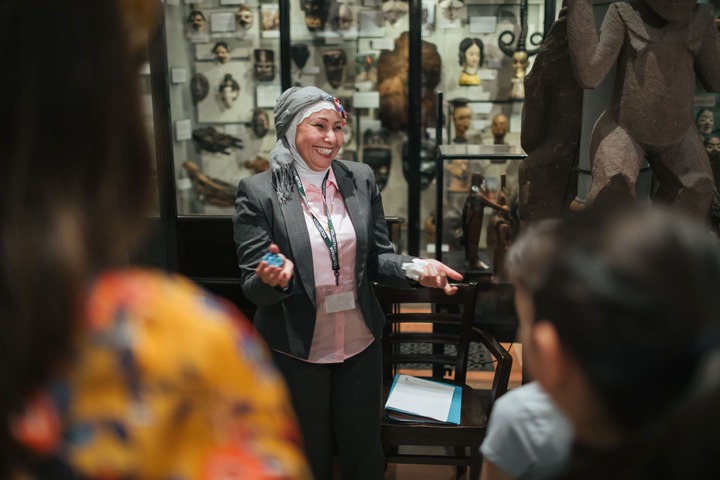 Over the next five years, more than 200 refugees and asylum seekers will be taught as tour guides at two Oxford University museums as part of an extension of the award-winning Multaka initiative, which began in Berlin. Multaka-Oxford, which has been running since 2017 at the Pitt Rivers Museum and the History of Science Museum, will continue thanks to a £1 million contribution from the Saudi foundation Alwaleed Philanthropies.

The new Oxford program was unveiled this week at a ceremony attended by Saudi Princess Lamia bint Majed Saud Al Saud, the secretary general of the Riyadh-based foundation, and Louise Richardson, vice-chancellor of the University of Oxford. Alwaleed Philanthropies, which is backed by billionaire Saudi businessman Prince Alwaleed Bin Talal, has previously financed Multaka tours and museum renovations at Berlin's Museum of Islamic Art and Paris's Musée du Louvre.

The Oxford museums were inspired by the notion and collaborated with local refugee community organizations to start their own version of the project. To far, this has enabled almost 100 volunteer guides from Syria, Egypt, Iraq, Zimbabwe, and Sudan to interpret and co-curate collections at the History of Science Museum and Pitt Rivers Museum, with a concentration on Islamic artifacts. The Esmée Fairbairn Collections Fund, managed by the UK Museums Association, provided initial project financing.

According to a press release, the expanded project will enable a new team of volunteers from around Oxfordshire to give museum tours in Arabic and English, object handling sessions, and co-curated online and in-person displays and events. In the future years, organizers will also establish a UK Multaka network to encourage the development of similar projects at other institutions.

"This program, which welcomes refugees and assists them in integrating into the local community via the power of art and culture, plays a significant role in promoting cross-cultural understanding in society," says Princess Lamia of Alwaleed Philanthropies. "Islamic art conveys a story about our heritage that is frequently misinterpreted; the Multaka-Oxford program overcomes these gaps and brings museum exhibits to life."

Thank You For Time.

Content created and supplied by: PencilJay09 (via Opera News )

The Nursing Student Who Threatened To Kill Patients In A TikTok Video, Will Be Sanctioned.