By MichaelAppiah. (self meida writer) | 25 days

CIVILIZATION OF THE BANTUS 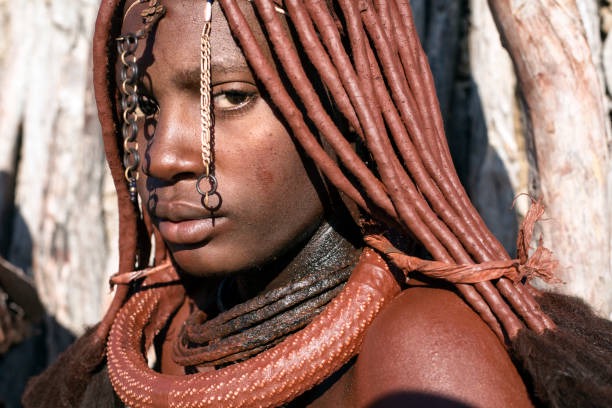 The Bantus are a group of some 400 plus language speakers. They are people who can be located at present day, eastern, southern and central Africa. The original home of the Bantus is believed to have been the area around the middle Benue River close to eastern Nigeria (the area around Cameroon –Nigeria border). 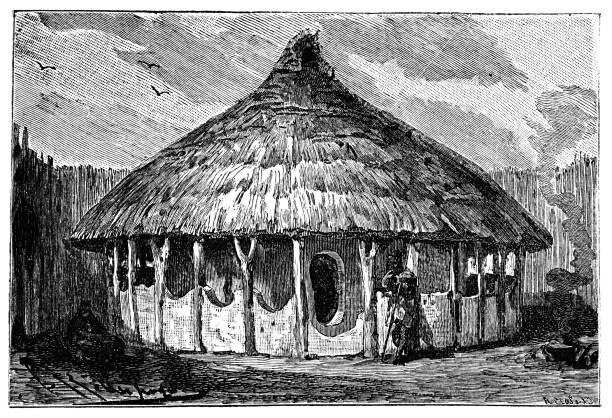 Factors/Reasons for the Bantus Migration or Spread 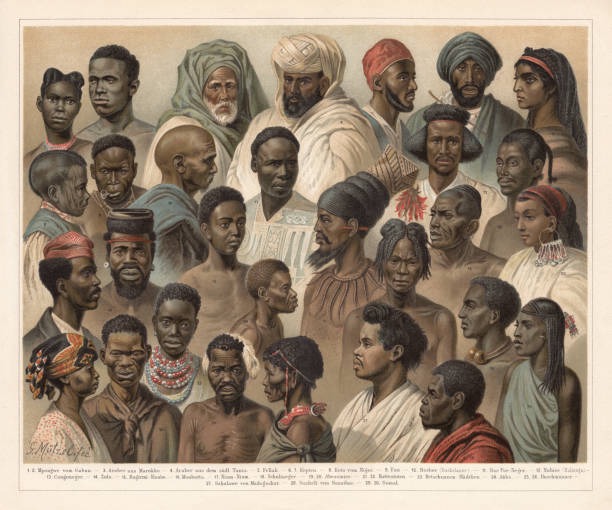 The Bantus were over - populated at their original settlement. Around 2500 BC, the Sahara began to dry up at an increasing rate, due to reduced rainfall and over- grazing. This situation compelled the pastoralists to relocate to an area of pasture, around the Sudan belt. This eventually resulted in a population build up in the Benue River Valley. This situation caused the Bantus to move southwards.

Attraction of the Equatorial Forest 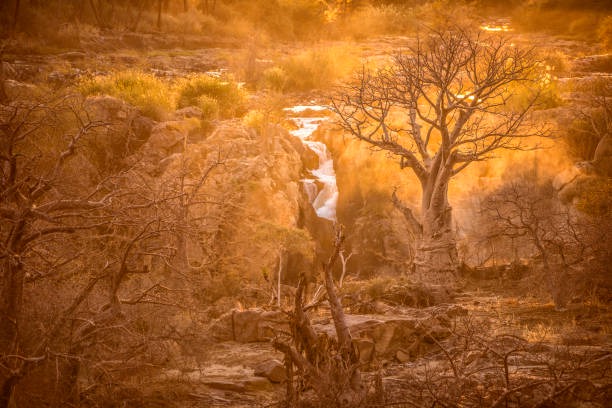 The forest gave then favourable conditions which the proto- Bantu speakers were comfortable with. These conditions included; large scatted patches of savanna (esobe), with typical savanna plants and animals could be found. They had lots of game different kinds of rivers and mashes, which gave them fish to eat. This then became the first home of the proto – Bantus. The Bantus then exploited the area to build permanent settlements and also used the trees to build canoes for fishing. Lastly they adopted the culture and settings of the local people. 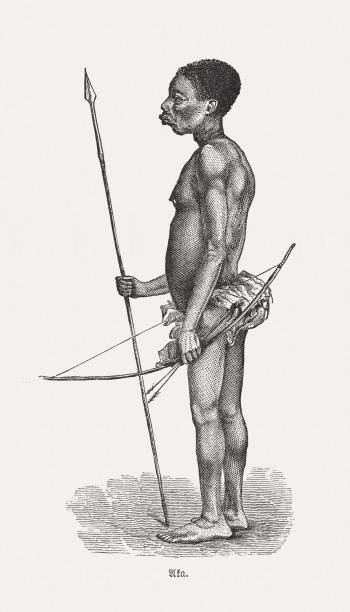 The Bantus are believed to have learnt the use of iron from three possible locations. These are:Northern Nigeria ,Eastern AfricaSouth Arabian Seamen around 100 BC.The use of iron helped them to manufacture tools for farming as well as weapons for both offensive and defensive purposes.

This also accounted for the Bantu expansion southwards. South –East Asian food crops like banana and taro (cocoyam) and other cereals which were introduced to them by the Indonesian traders, who settled around the East African coast and might have colonized the area, had important effect on the Bantus. This occurred around the first and second century AD. The migrants carried these crops inland to the Zambezi River and that of the Rift valley area. These crops spread through the area and became the staple food of the Bantus. This resulted in over – population, and further moved the people south even beyond the Zambezi valley.Favourable vegetation of the of the open savannah

The open Savanna in the Shaba region also accounted for the spread of the Bantus.

The conditions of the Shaba region were very similar to that of the Nigeria –Cameroon –border area, where the proto-Bantus originated from. The place recorded rainfall averages between 20-30 inches. This facilitated their love for cereal cultivation. As the place welcomed different Bantu groups, the population increased and they had to further move the Kasai River and some tributaries of the Congo River. They finally, joined the area of the Zambezi River valley islands to the Indian Ocean. Others also reached Somali and Lake Victoria via boat.

Features of the Proto-Bantu Civilization 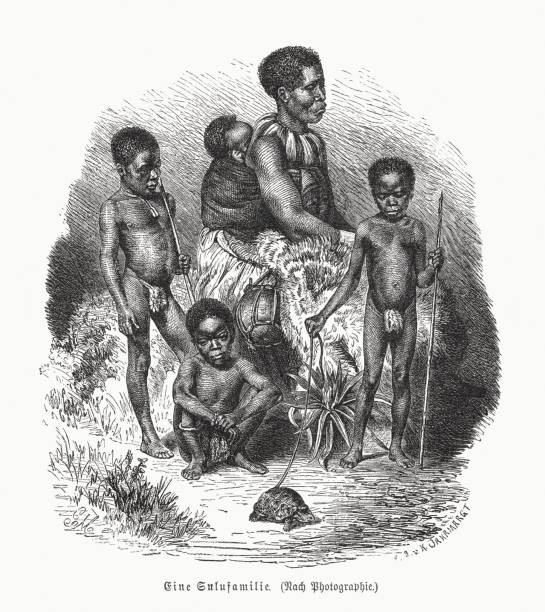 They were engaged in fishing. The ancestors of modern day Bantus used dug-out canoes, nets, hook and line for fishing. They were also into hunting for game. 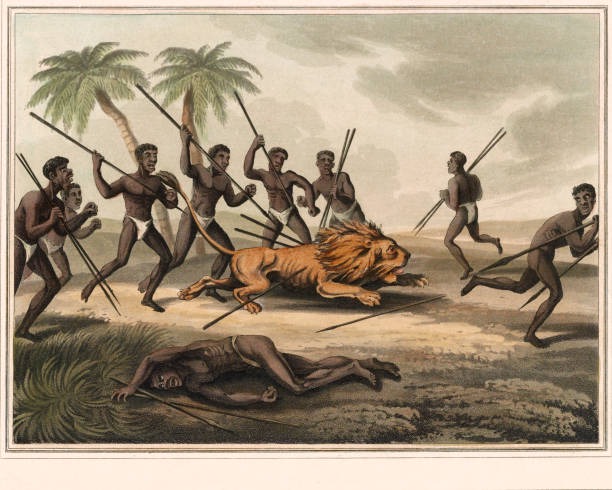 Some of them also took to farming and later pastoralists.

They practiced matrilineal system of inheritance. Properties passed on from generation to generation through the female line. The sister’s son had the properties of the deceased

They were polygamous in nature; that is the man could marry more than one wife. They believed in the existence of evil spirits. They believed in the activities of both witches and wizards. They had spiritualists who could cure diseases and predicted the future of its people. These spirits also had powers to destroy.

They lived in compact villages and were ruled by Council of EldersIn the area of Art, the proto-Bantus engaged in pottery making. 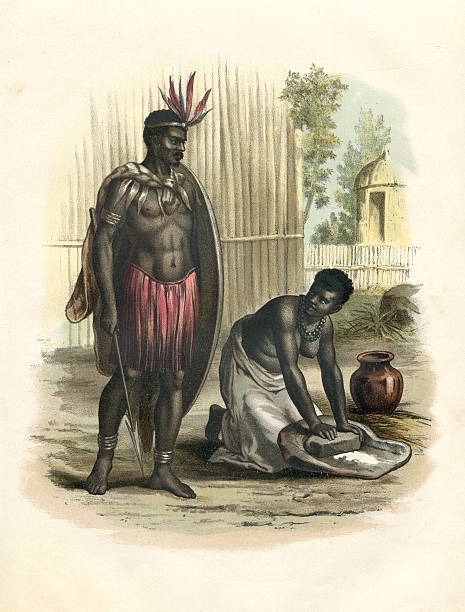 They made terracotta and used baked bricks to produce sculpture, which were for decorative purposes.

The economy of the Bantus 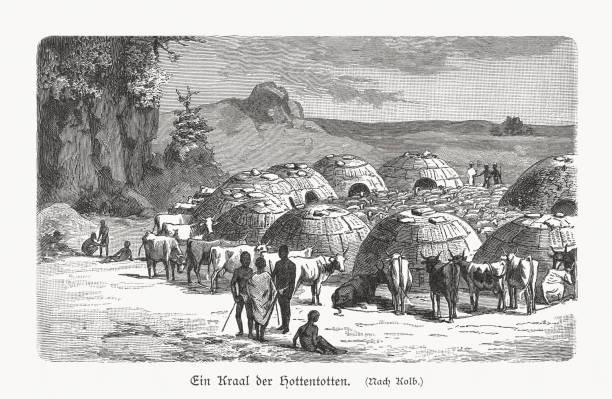 The major economic activities of the Bantus were as follows:Agriculture: they cultivated crops such as banana, taro, cereals, yam and palm trees. Others also adopted the pastoral work of East Africa.

They reared animals such as cattle, sheep and goat.Fishing: the Bantus who settled around the great river bodies took to fishing as their means of livelihood. They used different tools like hook and line, nets and canoes to fish.Mining: the Zimbabweans were expert in gold mining and refining. They used a unique method in separating the ore from the fine gold by boiling it. God was used in exchange for clothe, and making other ornaments. Trade: the Bantus engaged in both local and international trade. They traded with the Portuguese, Indians, Chinese and the Arabs who visited the Sofala coast. Gold and ivory were exchanged for Persian ceramics, Chinese porcelain, Arab glass and Indian and Indonesian beads. Taxes that were collected from the trade generated income for the country.Art and Metal Work: they made art work ranging from pottery to statues. They used stones to make decorations on walls and also build statues (bird).

The Zimbabweans were noted for their rich material culture. 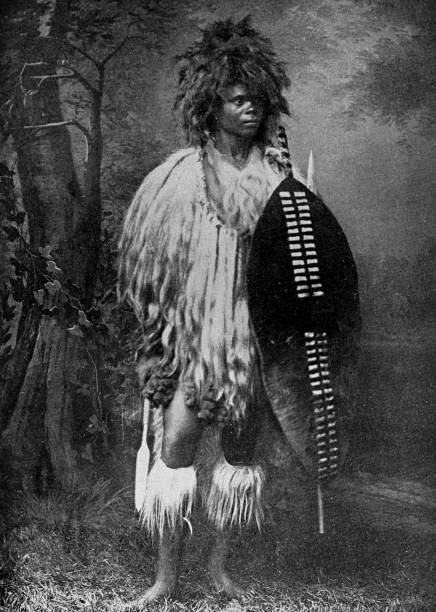 Their working in iron helped them in manufacturing different tools and equipment like arrow heads, spears. Farming tools like hoe and axe were also made. These tools helped them to expand their territories, protect themselves from the enemy and also improve on their yield.

Content created and supplied by: MichaelAppiah. (via Opera News )

He's the Next Chief Of Staff, If Bawumia Becomes President and Kennedy Agyapong Is Saddened By This

''Leave Angel Obinim Alone To Express Himself Willingly. After All English Is Not Our Language'' Fan

Presidency Faulted For The Rise In Shooting In Ghana By Minority