Reasons why most Jamaicans are Akans. 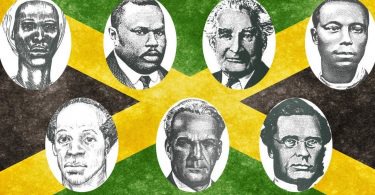 Everyone in the world have heard about the stories of the Maroons. Some of the stories we hear about them describes them to be proud, brave people. Others tell of the strange things they have done. But everyone agrees that the Maroons have played an important part in Jamaica's history. Some of our colourful heroes are the Maroons. But who are these people? How did they become part of our history?

These Spaniards had slaves working for them. When the British came, these slaves did not stay with their masters. They saw their chance to be free. Many of them went to live in the north east part of the island, in what is now the Parish of Portland. Others settled in other areas of the island. Such was Clarendon.

These ex-slaves were very proud people. They wanted to remain free. It was these proud people who become known as the Maroons. They are said to have been a strong, handsome people.

In 1690 slaves from Sutton's Estate, near Chapelton in Clarendon, joined with the Maroons in that area. These slaves were been badly treated you on the estate so they planned an uprising. They killed their master, and ran away. Among them was a young slave named Cudjoe.

The new band of Maroons made life hard for the British. They stole food crops and sometimes they kill the livestock on the estate. This resulted to a fight between the British and the Maroons.

The Maroons heard of the plans British were making so they got ready to fight. This was the start of the struggle between the Maroons and the British. The struggle went on for many years.

This the plan taught them by their great leader Nanny. Nanny, the woman who led a successful slave revolt against the English redcoats in 1738. Honoured today a national hero of Jamaica. Nanny's myth is so great that it is said she was able to catch the musket balls fired at her. 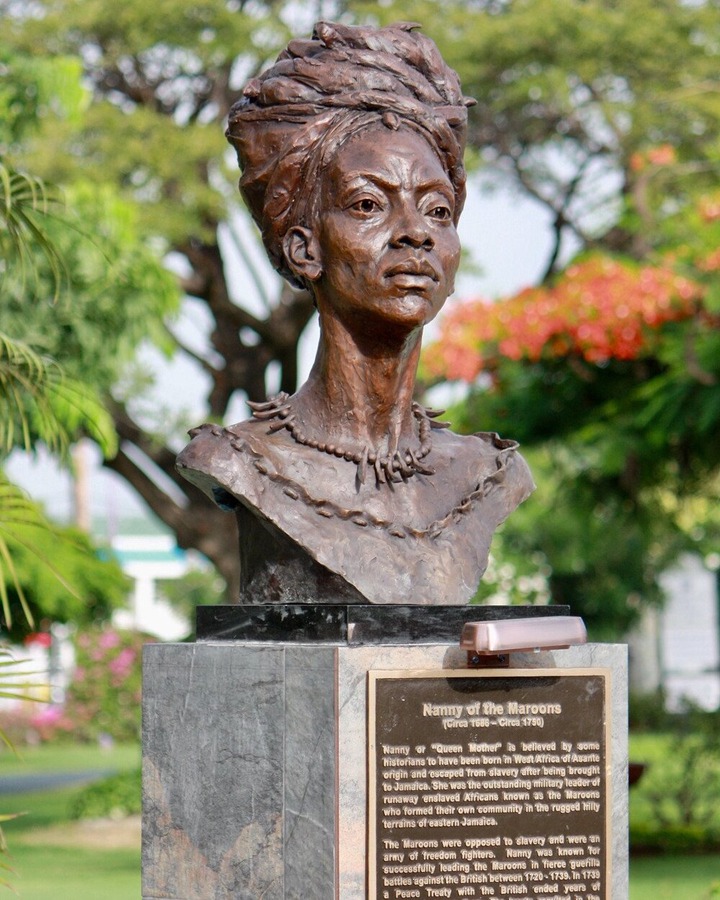 Usually when the soldiers are marching along the road, the Maroons would attack them. The soldiers were sorrounded so they could not escape. This kind of fighting is called guerrilla warfare. The Maroons got their arms and ammunition from British soldiers. The British soldiers on open ground. They always tried to ambush the soldiers in the hilly parts of the island. The British were not used to this kind of fighting and so they were easily taken by surprise.

In time, the British grew to understand the Maroons way of fighting. They changed their own ways to match the Maroons.

The only way into the Cockpit Country was by a number foot paths. To reach the Maroons, the Maroon watch men could see the soldiers coming, and warn their armies. It was the clear that Cockpit Country gave the Maroons the advantage in the war. The was costing the British a lot of money. At this time it seemed best for the British to ask for peace the they used a horn called 'Abeng' and that's how it's been called in the Akan language. The Maroons too were having hardship. Their food and arms were getting scarce. Cudjoe their leader was also getting old. The peace treaty was signed on February 24, 1738. The next year, 1739, another treaty was signed. This time with the Maroons from Portland their leader was Quao.

Maroons towns now look like any other town in the Jamaica countryside. The people look no different from other Jamaicans in small, farming communities.

In their divorce, Kanye West and Kim Kardashian have agreed to share custody of their children.

Check Out The HIDDEN Meaning Behind US Rapper, Rick Ross' Tattoos