By Empress-V (self media writer) | 1 year ago

As culture demand, people that fought for the existence of something must be celebrated in diverse ways according to the tradition and customs of the people. The chronicle of the people of 'Mankessim' has been kept in many forms over the years, through sculptures such as the statue of the three 'Fante' warlords namely, 'Obrumankoma, Odapagyan, and Oson' been sculptured at the 'Mankessim' main roundabout in the Central Region of Ghana. This monument honors 'Fantes' who migrated from 'Techiman' which is the regional capital town of Bono East in the 16th century to their current home in the Central Region of Ghana. The monument was named "the three legends" because they were prepared to face whatever will face them on their way either on land, air, or sea, meaning they were ready on the battlefield. 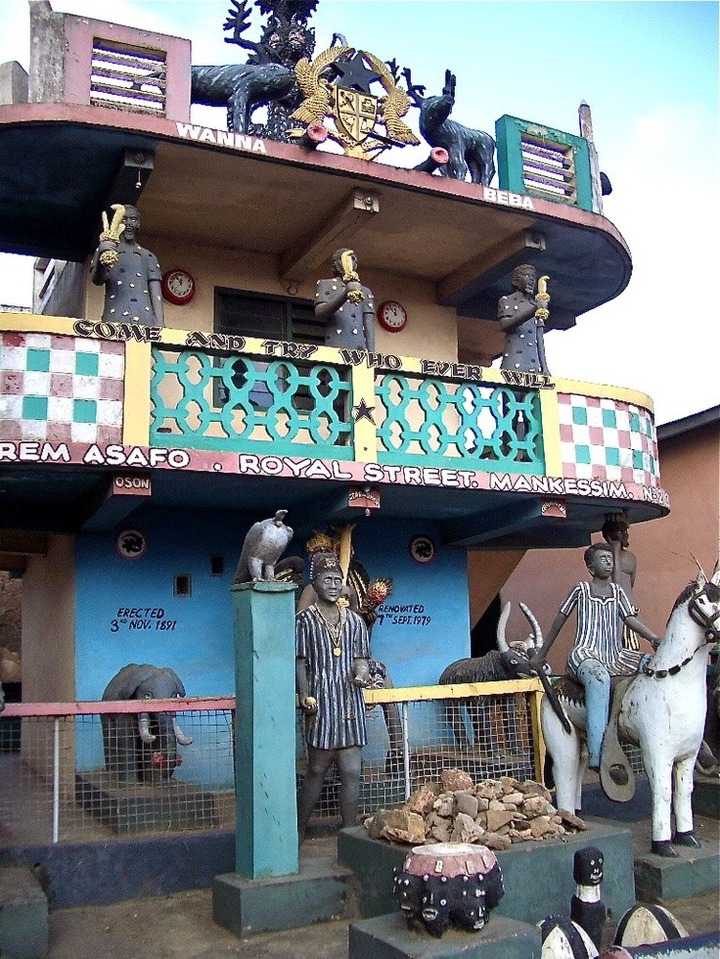 Also, according to the Fante people, they departed from the Asante, one of the nicest empires in the country around 1250 AD. And this resulted in having their name, “Fa-atsew” meaning “the half that left.” The Fante left their Asante brothers at Krako, present-day Techiman, and became their unique Akan group. According to history, two of the warriors that are Obunumankoma and Odapagyan died on the way, Oson then led the people to their present habitat known as Mankessim in 1252. 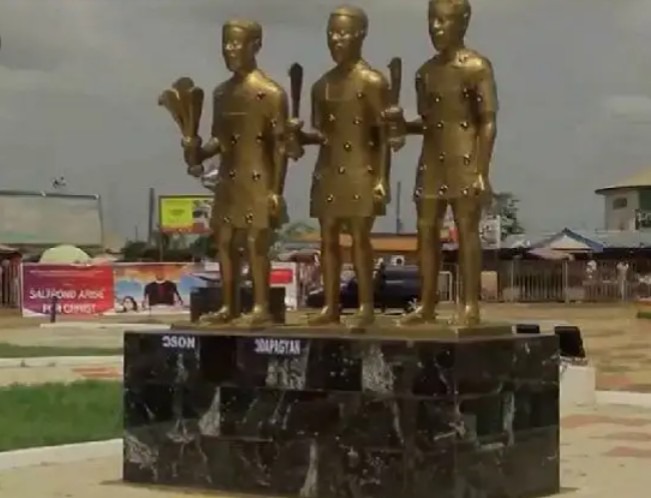 The first place they settled is called 'Adoakyir' which was named by its existing dwellers, which the Fante called “Etsi-fue-yifo” meaning people with bushy hair. The Fante then defeated residents and renamed the place Oman-kesemu meaning big town. The name exists today as Mankessim. The Fante quickly reorganized themselves into groups, locally called Asafo company to overcome themselves from non-Akan groups in the surrounding towns. According to research, the Fante has its sub-groups as Agona, Ekumfi, Nkusukum, Enyan, and Kurentsir were the first people to settle in Mankessim and later came together by the people of Gomoa, Ajumako, Akatakyi, and the Edina’s. 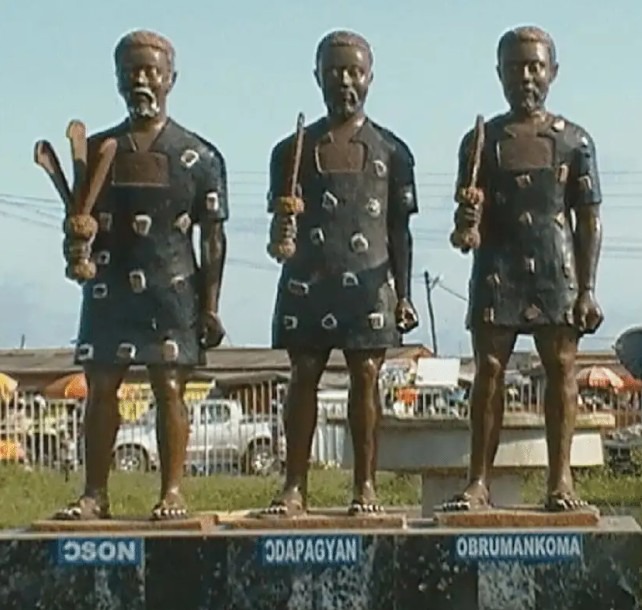 Do you have more about this special history to share? Tell us in the comment section below.

Odapagyan Oson' This Is For You