By kuulpup_thepromoter | self meida writer
Published 6 days ago - 4 views

Sometimes some big battles don't begin with an explosion, but with a spark, Gavrilo Princip sparked the incident that culminated

in the first world war. In June 1914, he killed an Austrian Prince together with his wife by firing a couple of gunshots at them. This singular action of Gavrilo brought the big

states of Europe into a state of war which lasted for 1918. Many wars in the past are started with a major diplomatic fault involving prominent and powerful leaders, hardly is any started by the action of a commoner.

Gavrilo was born in 1894 by a poor Bosnian Serb parent, and he was nineteen (19) years old when he killed the Austrian crown prince

whose name was Archduke Franz Ferdinand together with Duchess Sophie Chotek who was a wife of the prince on the 28th of June 1914.

What shall we say led Gavrilo into such a daring and risk act? Well, this is where it started from. . . 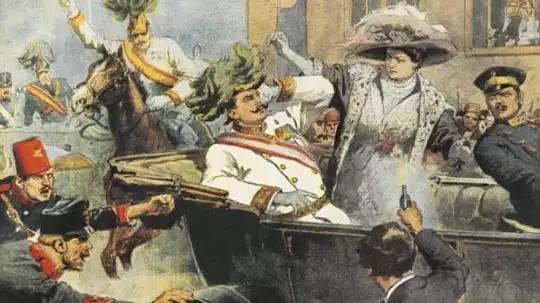 Little over two decades (twenty years) before the birth of Gavrilo in the 1870s, the Austria- Hungary empire wagged war against Herzegovina and Bosnia which happened to

be his parent land, and they defeated them, not only they conquered them but also occupied their land. The occupied land,

Gavrilo was welcomed to the earth planet during such nationalist fervour, by the time he was a young man, he involved himself in

On the 28th of June 1914, the Austrian crown prince Franz Ferdinand was to represent his father (the king) to attend an official function in Sarajevo. On his going, the Young Bosnia decided to strike, lying in the

bush awaiting the Crown Prince convoy to drive by and attack, the initial attempt to kill the crown Prince failed due to the explosion of a grenade, which injured some members of the crown prince convoy. 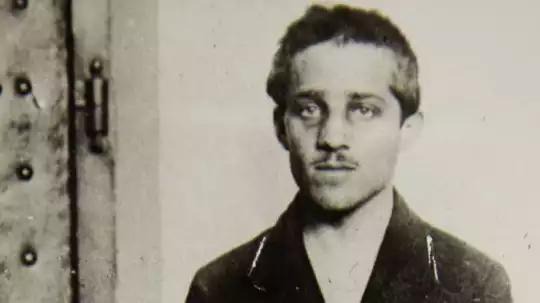 Gavrilo refused to give up instead, he waited for the Crown prince descendent, after the Crown Prince performed the official

function, and was on his way to visit the injured convoy members on the initial attempt on his life, Gavrilo showed a more action scene.

Austrian Bosnian Serb Europe Gavrilo Princip World War
Opera News is a free to use platform and the views and opinions expressed herein are solely those of the author and do not represent, reflect or express the views of Opera News. Any/all written content and images displayed are provided by the blogger/author, appear herein as submitted by the blogger/author and are unedited by Opera News. Opera News does not consent to nor does it condone the posting of any content that violates the rights (including the copyrights) of any third party, nor content that may malign, inter alia, any religion, ethnic group, organization, gender, company, or individual. Opera News furthermore does not condone the use of our platform for the purposes encouraging/endorsing hate speech, violation of human rights and/or utterances of a defamatory nature. If the content contained herein violates any of your rights, including those of copyright, and/or violates any the above mentioned factors, you are requested to immediately notify us using via the following email address operanews-external(at)opera.com and/or report the article using the available reporting functionality built into our Platform