Let us simply burn Sokoto down. So says the blasphemer Enenche

Enenche Enenche, a well-known comedian and social activist, has criticised the Sokoto crisis sparked by the arrest of Deborah Samuel's accused assassin. 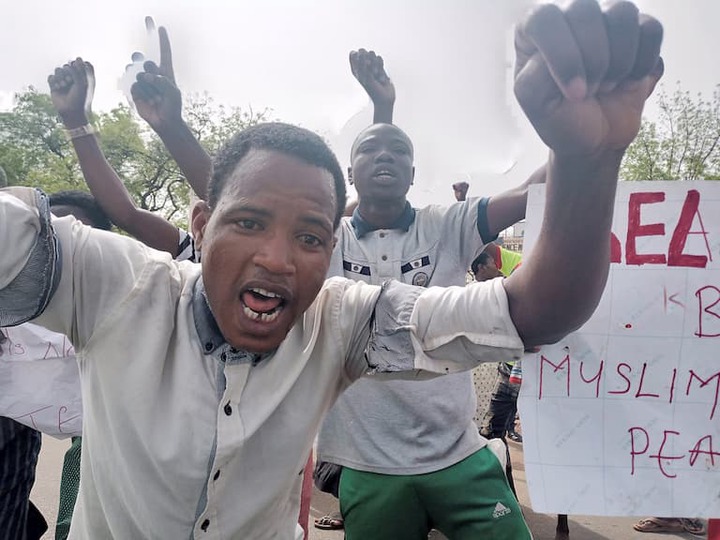 Several residential structures and churches were set on fire by enraged youngsters demanding the release of "their brothers" who were jailed for claiming jungle justice.

As a result, the state government of Sokoto has imposed a 24-hour curfew. "Let's go ahead and burn down Sokoto." "Burn everything while your peers everywhere are building," the artist remarked in a piece headlined "Sokoto: Another Burden of Nigeria." When they run out of things to burn, they'll start burning each other. "

His article is as follows:

We were busy burning down, while Saudi Arabia, Kuwait, and the United Arab Emirates were busy building. Nigerians are eager to visit Dubai and Abu Dhabi these days.

There were "justifiable" grounds to "burn" Kaduna, Kano, Yola, Maiduguri, and Jos, just as there are now for "burning" Sokoto state.

Many people believe that blasphemy is a red line in Islam, and while I oppose it in any form, our system is outdated. Everything is destroyed, rebuilt, and then destroyed again.

We Nigerians prefer to treat symptoms rather than the underlying cause of illness. Religion became a tool of mobilisation in the North after Nigeria's first military coup in 1966, and it has gone through various stages of metamorphosis in the hands of those who selfishly knew how to manipulate the strings to acquire control.

People on the streets may believe they are fighting a holy battle, but they may never realize they have become political instruments in the hands of people who know how to use their emotions and senses for personal advantage.

Let's burn down Sokoto and everything, while your counterparts elsewhere are still constructing. They'll start burning each other once they've run out of things to burn.

Lamido Sanusi Sanusi, who recognized the danger and sounded the alert, was removed as emir. Our days of "burning," whether in the shape of religious riots, exploits of "unknown gunmen," herders' and farmers' disputes, banditry, and militancy, are far from over until we begin to treat the core problem, not the symptoms. God bless you. Nigeria. Abuja, Nigeria's Enenche Enenche (Comedian)

How To Know When It Is Time To Leave A Relationship