The stories of the gods

According to the epic Mahabharata (1.1.39), there are 33,333 Hindu deities. In other sources that number is multiplied a thousandfold. Usually, however, the gods are referred to as “the Thirty-Three.” 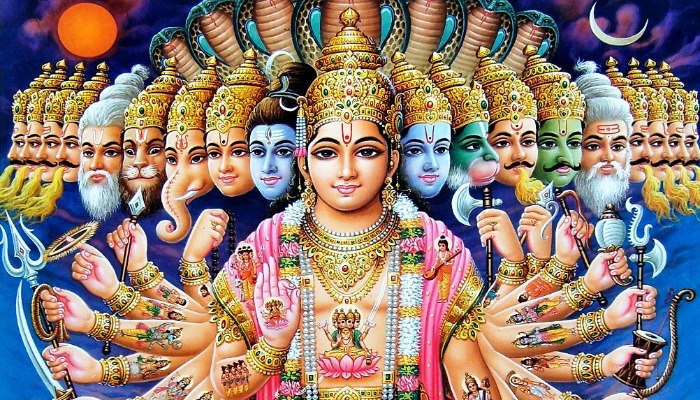 The tendency toward pantheism increased in Puranic Hinduism and led to a kind of theism that exalted several supreme gods who were not prominently represented in the Vedic corpus, while many of the Vedic gods disappeared or were greatly diminished in stature. New patterns became apparent: the notion of rita, the basis of the conception of cosmic order, was reshaped into that of dharma, or the religious-social tasks and obligations of humans in society that maintain order in the universe. There also was a broader vision of the universe and the place of divinity. Important myths about the gods are tied to the two principal moments in the life of the cosmos: creation and destruction. Traditionally, Brahma is the creator, from whom the universe and the four Vedas emerge. The conception of time as almost endlessly repeating itself in kalpas detracts, however, from the uniqueness of the first creation, and Brahma becomes little more than a demiurge. Far more attention is given to the destruction of the universe. Shiva, partly established as the agent of destruction, is in some respects a remote god; from the viewpoint of his devotees, however, he is very accessible. He represents untamed wildness; he is the lone hunter and dancer, the yogi (the accomplished practitioner of Yoga) withdrawn from society, and the ash-covered ascetic. The distinction represented by the gods is not that between good and evil but rather that between the two ways in which the divine manifests itself in this world as both benevolent and fearful, both harmonious and disharmonious, and both transcendent and immanent. South Indian devotionalism produced many works in Sanskrit that contributed greatly to Hindu myth, among them are several Puranas that have exerted influence on Hinduism and are in turn reflections of trends in Hinduism. 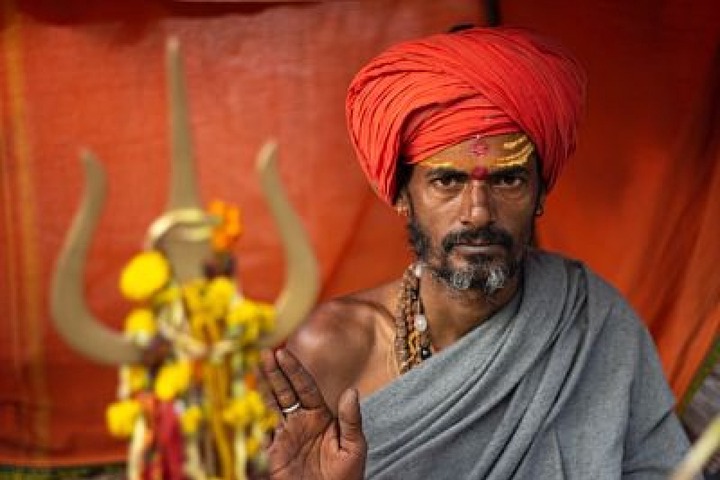 The Bhagavata-purana (“The Purana of the Devotees of the Lord [Vishnu]”) was written in south India, probably in the first few centuries of the Common Era. It differs from the other Puranas in that it was planned as a unit and far greater care was taken with both metre and style. Its nearly 18,000 stanzas are divided into 12 books. The most popular part of the Bhagavata-purana is the description of the life of Krishna. Much emphasis is placed on the youth of Krishna: the threats against his life by the tyrant Kamsa, his flight and life among the cowherds at Gokula, and especially his adventures and pranks with the cowherd girls. The popularity of the text has led to the survival of many manuscripts, some beautifully illustrated. Much of medieval Indian painting and vernacular literature draws upon the Bhagavata-purana for its themes.

The Bhagavata-purana contains a doctrine of the avatars of Vishnu and teaches a Vaishnava theology: God is transcendent and beyond human understanding; through his incomprehensible creative ability (maya) or specific power (atmashakti) he expands himself into the universe, which he pervades and which is his outward appearance (his immanence). The Lord creates the world merely because he wills to do so. Creation, or rather the process of differentiation and integration, is his sport (lila). The Bhagavata-purana glorifies an intensely personal and passionate bhakti that in some later schools gradually developed into a decidedly erotic mysticism. According to this text, there are nine characteristics of bhakti: listening to the sacred histories, praising God’s name, remembering and meditating on his nature and salutary endeavour (resulting in a spiritual fusion of devotee and God), serving his image, adoring him, respectful salutation, servitude, friendship, and self-surrender. Meritorious works are also an element of bhakti. According to the Bhagavata-purana, the true Vaishnava should worship Vishnu or one of his avatars, construct temples, bathe in holy rivers, study religious texts, serve superiors, and honour cows. 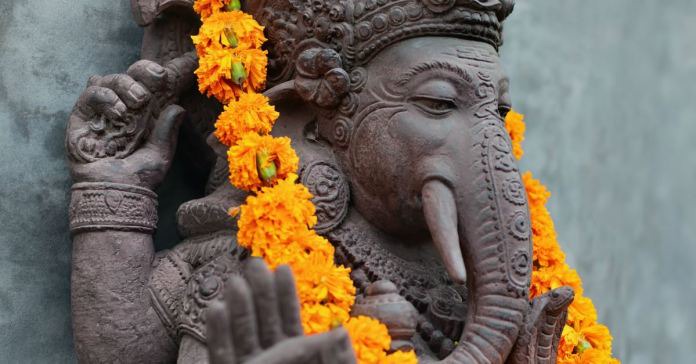 In social intercourse with the adherents of other religions, he should be passively intolerant, avoiding direct contact, without injuring them or prejudicing their rights. He should not neglect other gods but must avoid following the rituals of their followers. The concept of class divisions is accepted, but the idea that possession of the characteristics of a particular class is the inevitable result of birth is decidedly rejected. Because sin is antithetical to bhakti, a Brahman who is not free from falsehood, hypocrisy, envy, aggression, and pride cannot be the highest of men, and many persons of low social status may have some advantage over him in moral attitude and behaviour. The most desirable behaviour is compatible with bhakti but independent of class.

In establishing bhakti religion against any form of opposition and defending the devout irrespective of birth, the Bhagavata religion did not actively propagate social reform; but the attempts to make religion an efficient vehicle of new spiritual and social ideas contributed, to a certain extent, to the emancipation of lowborn followers of Vishnu.