By Ghananews5 (self media writer) | 1 year ago

The Guan speaking peoples live mostly in Ghana though there are some pockets in Togo, Benin and Cote d’Ivoire.

Modern historians more or less agree that since time immemorial the Guans have been “the original inhabitants” of Ghana, because unlike the Akan who arrived from Bouna in the north-west, the Ewe from Notsie in Togo about 1720, the Ga-Adangme from certain parts in Nigeria, and the Mossi-Dagomba group of states who migrated from the north-east, the Guans, on the other hand, migrated from nowhere; thus Ghana is the ancestral homeland of the Guans. 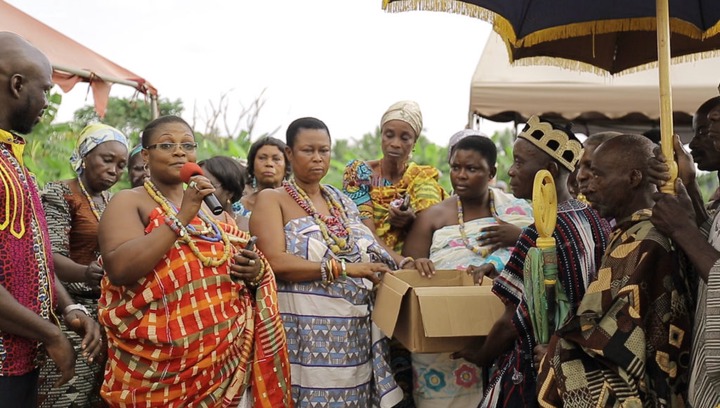 Even the pockets of Guans in Togo (the Anyanga), those in Benin (the Gbede, Wese, Okomfo) and the Baule in Cote d’Ivoire claim migrant origin from Ghana. There are numerous studies which support Guans claim to their autochthonous (i.e. aboriginal) status.

However, for lack of space the present writer may confine himself to factual information provided by Professor Abu Boahen who says: “Neither the Akan nor the Ga-Adangbe found the coastal districts of Ghana unoccupied. It is clear from oral traditions as well as linguistics evidence that these immigrants met the Guans who were living in these areas in different degrees of concentration and political organization”.

These Guans are represented today by the Anum, Kyerepong, Basa, Breku, Etsii, Afutu and Asebu: “When these immigrants arrived they pushed the Guans eastwards and south-wards and either totally or partially assimilated the Guans culturally or ethnically. (vide: A thousand years of West African history, 1970. P. 167).

By 1482, when these Portuguese led by Don Diego d,'Azambuja negotiated with the local chief of Edena for the construction of a fort, there was not any Fante, Ga, nor Ewe on the coast. The Edena people originated from one of the Ancient Guan Kingdom, namely Aguafo. The rest were Asebu, Fetu near Cape Coast, Agona in the Central region and Guan Kingdom in the Afram Plains under the Ataaras. They were all state builders. 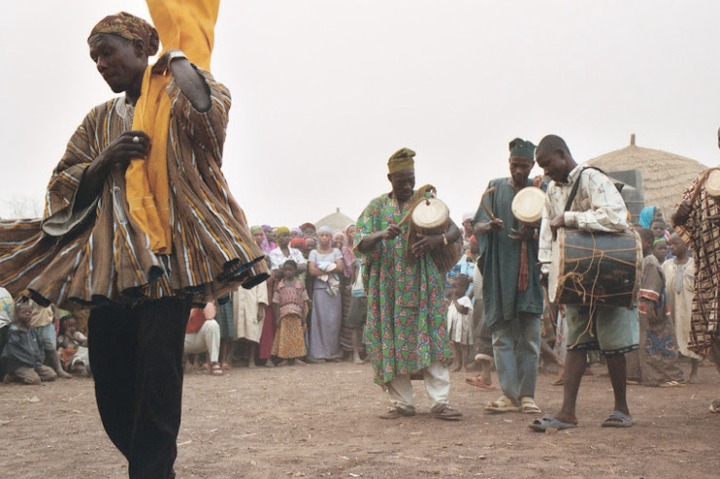 Gonja is the oldest Guan settlement, but whether it is the nursery ground and the cradle of Guans institutions is one of the problems which archaeologists are now called upon to solve. But one thing is certain and that is the partrilineal groups so typical of the Guans definitely evolved here.

Historians assert that the growing power of Songhai Empire pushed the Mossi-Dagomba ancestry ancestors south of the Niger Bend, so that by A.D. 1333 they became a threat to the very survival of the Guans in Gonjaland, thus waves of Guans moved southwards in search of settlements.

Earlier the desire to move southwards into the forest country had been felt by the Guan, because the climate and the vegetation were not conducive to intensive human occupation. Eventually, members of kindred groups broke away and wandered afield to their present inhabitants.

The first Group penetrated into the Afram Plains where they built a powerful state under the Ataaras. The last of the Ataaras, by name King Ataara Ofinam VIII, was ousted by the Akan who migrated from Adansi in a seven-year war, (1690-1697), so that inhabitants fled to Atwode, Akpafu, Lolobi, Santrokofi, Likpe, Buem, Anum, Boso, Nyagbo, Tafi, Akposo, Logba, Akpafo, Abanu, and Okere, as well as the Buem and Nchumuru.

The OKERE ancestors first settled at Tafo, Kukurantumi and Osiem, from there they moved to ABOTOASE near the present-day Adawso before settlinh on the mountains. At Tafo the OKERE established the OHUM festival, which has since become the aboriginal cult of Akyem Abuakwa.

In the same way the Fetu Afahye of the original Afutu at Oguaa has remined the aboriginal cult and not the Ahobar of Borbor Mfante.

The second group moved towards the lower Volta Basin. Among them were the Senya, Larteh, the Kpeshi aborigines of the GA countryside, the Obutu (Awutu) who leader by name Awietey had gold and brought this with him.

The third group moved to Sefwi, Nzema, Aowin, Wasa, Ahanta, Shama, Asebu, Aguafo and the Etsii settlements.They have all been subjected to Akan imperialism and have lost all cultural triats which made them identified as Guan.

The Fetu settlers founded Oguaa. Some of them moved east-wards along the coast and founded Mumford and Winneba, while the Nkonya continued the journey to Nyanawase, thence to Lartey before the Volta.Almost all the Guan communities now living on either side of the Volta north of Kpando have traditions of COUNTER MIGRATION,

i.e. migration southwards and backwards to the north. There was counter-migration from the ancient town of Lartey across the Volta to Nkonya, Prang, Yeji, Dwan, Nkomi and Nammuri.

The Guans now live in five regions of Ghana, namely; Central, Eastern, Brong-Ahafo and Northern. Their institutions and language operate side by side with those of their closest neighbours, and it appears this sense of cultural distinctiveness is intensified and justified by the practise of partrilineal succession in all the Guan-speaking areas, except Anum and Boso who became matrilineal by adoption.