By kuulpup_thepromoter (self media writer) | 9 months ago 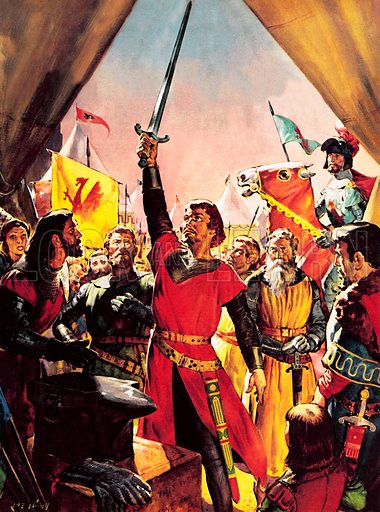 In Arthurian legend, Excalibur was King Arthur's sword. According to legend, Arthur as a boy was the only person to draw the sword out of a stone which had been fixed magically. This account is stored in Sir Thomas Malory's fifteenth century prose which portrayed Arthur as a legend, but another source suggest that Arthur was gifted the sword by the Lady of the Lake and that when he was gravely wounded.

after his last battle, he ordered his faithful knight, Sir Bedievere to go the water and throw the sword back into it. As Sir Bedievere threw the sword, an arm rose, caught it, brandished it three times, and then dived back.

There is an unknown fact that Excalibur was derived from a famous sword in Irish legend called “Caladbolg" and Arthur's sword was sometimes referred to as Caliburn and the meaning of Excalibur is “cut-steel." 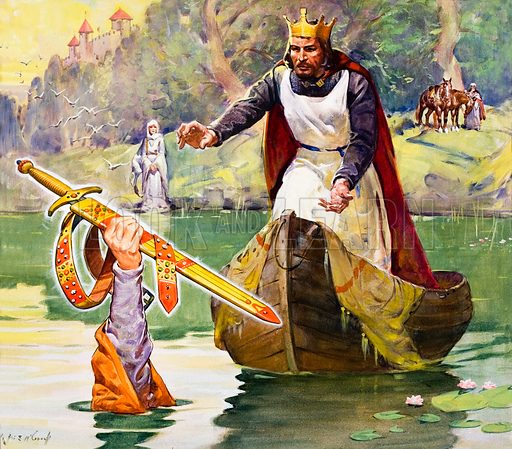 King Arthur Pendragon was a legendary king in the medieval times who achieved great feats with the help of his knights whom he formed a sovereign of a fellowship called the round table and a powerful magician, Merlin.

Even though Merlin was a key factor in the life of Arthur, he was not talked much about as the practice of magic in those times were seen as demonic and practitioners were prosecuted and punished gravely.

There were assumptions that Arthur's famous battles including the Welsh resistance were won with the aid of Merlin and the two struck a friendship which was far deeper than blood. 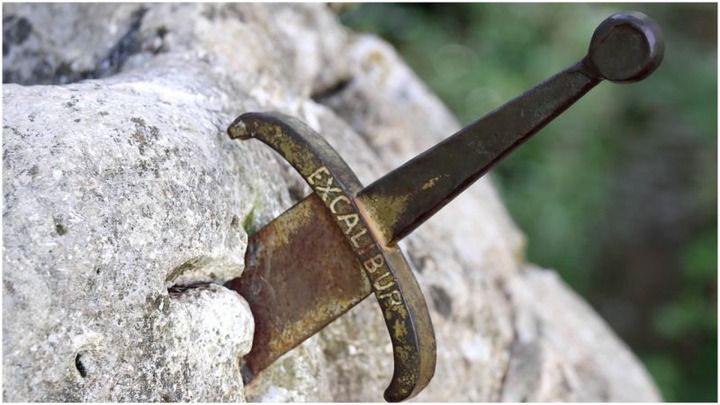 With the help of Merlin, King Arthur became known not only as a great warrior but also a king of great wonders and marvels. He was betrothed to Guinevere who according to legend, was usually abducted by Arthur's rivals and commited infidelity with one of Arthur's most trusted knights, Sir Lancelot.

There have been many questions as to whether Arthur was a real person or mere fable and many historian's have concluded that the great king was indeed a non-fictional character.