He Met A Pretty Lady In The Club And Took Her In, Only To Be Told He Was Living With A Mermaid

By HenryArko (self meida writer) | 22 days 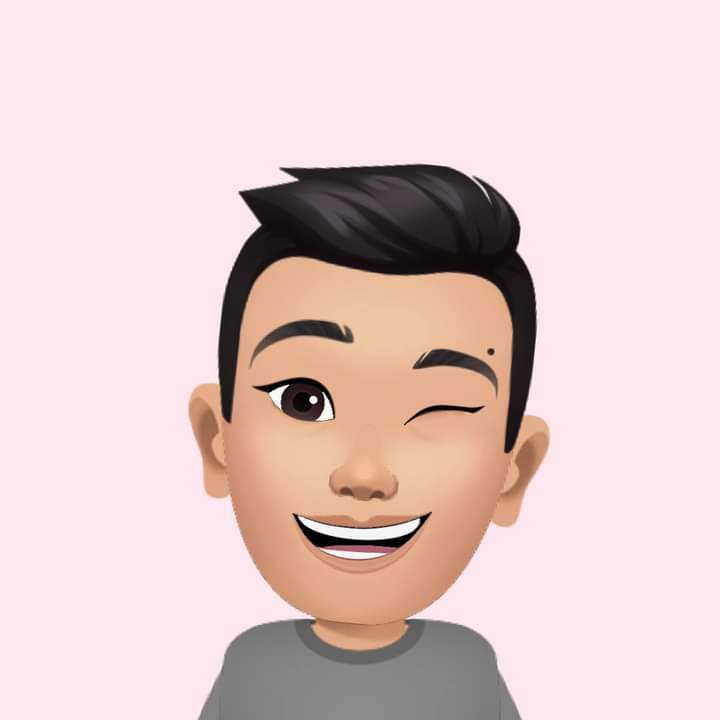 We see them in movies and read about them in novels, but do mermaids really exist? We call them "maame water" in our local dialect due to the belief that they live in water.

According to legends, mermaids have human upper part and fish lower part. Per stories told, they sometimes transform into complete human beings with extraordinary beauty capable of charming almost every man that come into contact with them.

A young man with the Facebook handle, King Quame has taken to the platform to share how his friend's friend passed away after bringing a mermaid who had transformed into a beautiful lady to live with him.

It all began when the young man met this beautiful lady in a club and took her home. The next morning, the girl told him that she was living with an aunty who constantly maltreated her. And so because she didn't have anywhere to go, she landed in the club.

The young man upon hearing the sad narrative of the pretty girl, asked her to stay with him, since he was not married. Later, he drove the girl to a faraway place to collect some stuff from the so-called aunty.

That was when the love story really began. He thought her how to drive and took her to popular spots. He engaged all that intimacy with a complete stranger without knowing anything concerning her background.

That is the mistake many city dwellers commit. The moment they meet someone they are interested in, they move in with them without having investigated their backgrounds.

One day, the guy together with a friend of his went to pick some moves in town and came accross that friend's pastor. They gave him a lift. Before he alighted, he prayed with them and revealed to the young man that the lady he has living with was not a human being but a mermaid who had come out to have fun but ended up falling in love with him.

The pastor then gave him a spiritual direction to follow in order to be safe. He told him to never confront the girl nor tell her anything, but stay away from his house for five days, and the girl would leave on her own out of frustration.

The guy just laughed and told his friend to stop following fake men of God. He then called the girl on the phone and told her everything that the pastor had told him.

By the time he got home, the girl was gone. She left everything of hers including her mobile phone behind, so he thought she would come back, but after five hours, she had not returned. He then began to get worried.

He called all his friends, but nobody had seen her. He tried to go to look for her in that so-called aunty's place, but ended up in the bush with no buildings whatsoever. Shortly after that he fell very ill. Word was sent to the pastor who revealed the girl's identity to him, but it was too late. He sadly passed away.

Because his friends didn't know any of his family members, they buried him themselves. That was really a sad ending. This story goes out to those who are fond of bringing just anybody in without doing the necessary checks to ascertain their true identity. This story shows that not all the people we meet on the streets are real human beings. Some have been sent to bring an end to the lives of those they deal with.

Another lesson that one must learn is that not all men of God are fake. Some are really genuine. That the Bible says in the last days, fake prophets would arise doesn't warrant tagging every man of God as fake. If the young man has listened to the pastor, he would be living by now.

See screenshots of the story below: 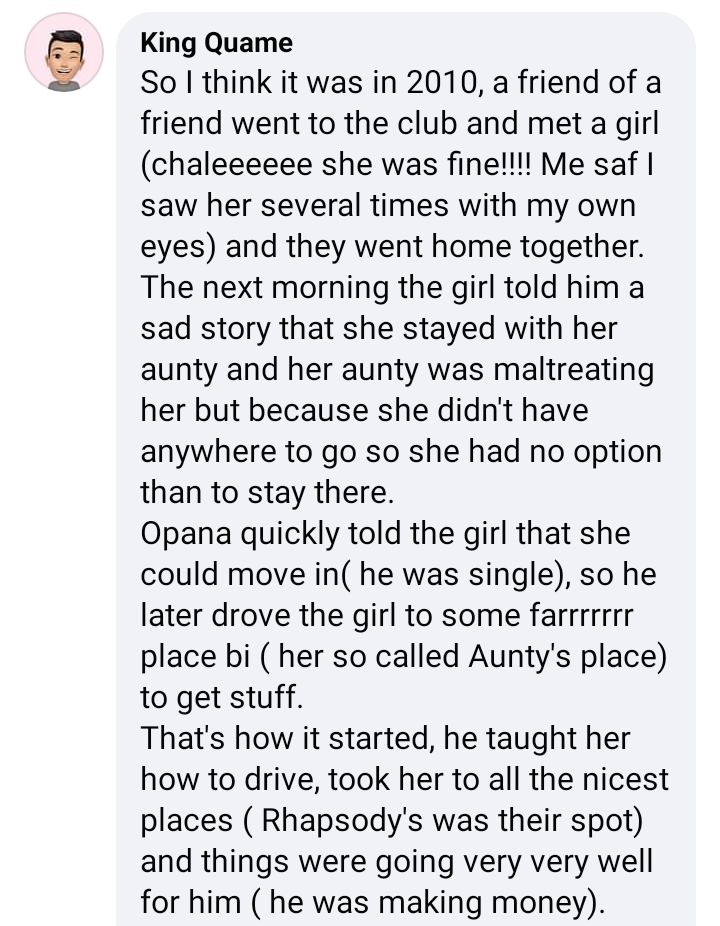 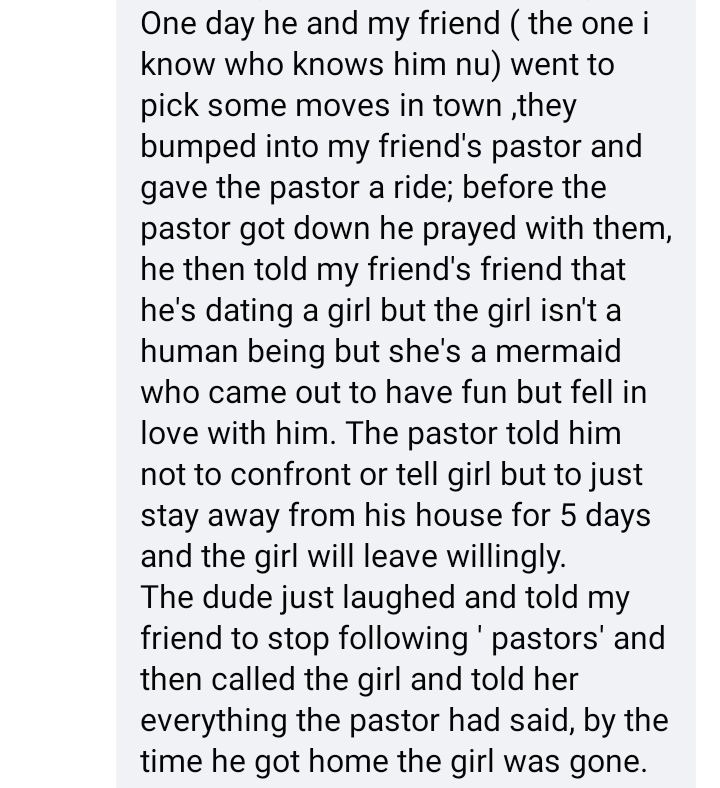 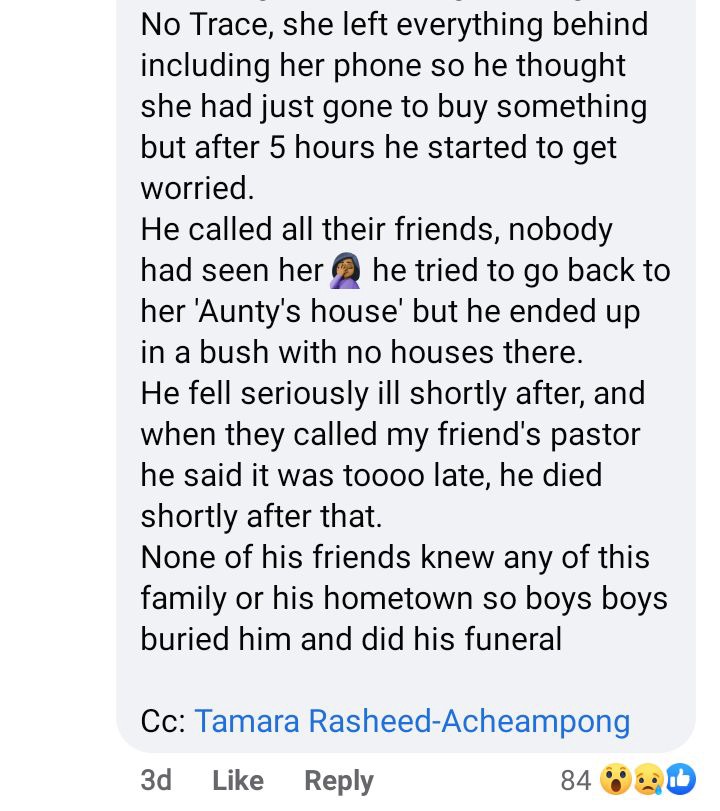